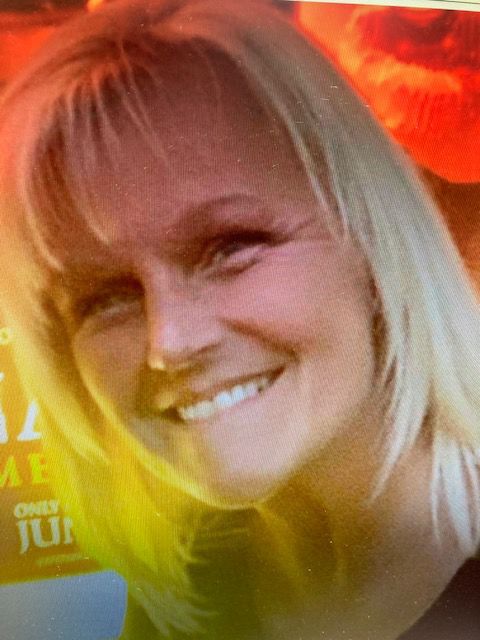 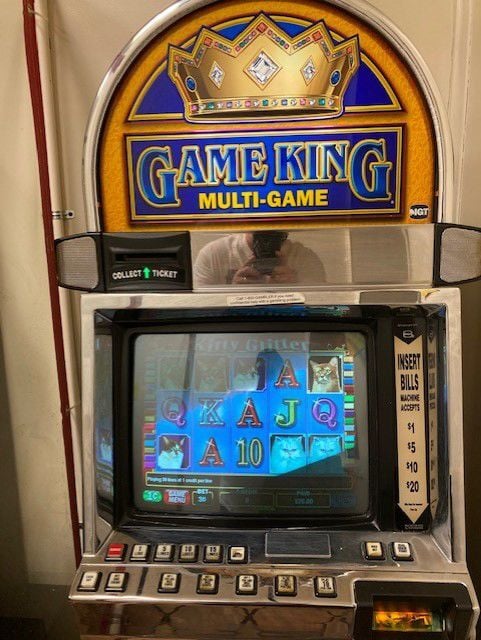 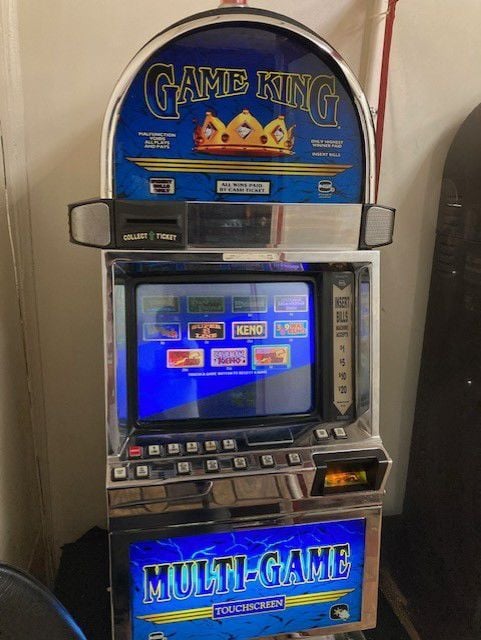 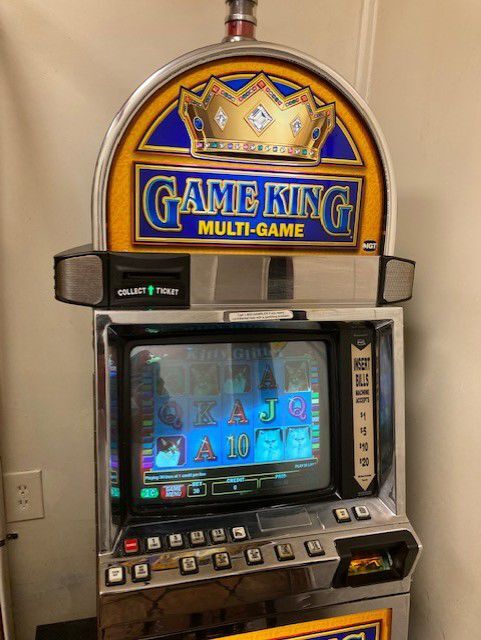 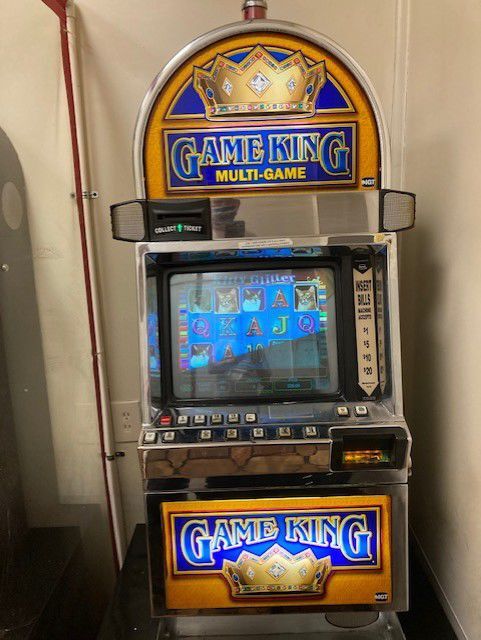 “It can ruin your life. I’ve lost everything I’ve had five times.”

Those are the words of a woman who truly knows the “thrill of victory and the agony of defeat.” Her name is Michelle (Tabor) Vance, a lady who has succumbed to the evils of an addiction that few of us are very familiar with — gambling.

Michelle’s valiant story is one that only the bravest of souls would care to make public, or to even speak about. Her unabashed honesty, however, is because she hopes to make the public aware of a disease that consumed her life and is today taking its toll on others. One might say that it was her having such “good” luck that caused her such “bad” luck.

The daughter of Bob and Martha Tabor, Michelle, 53, says she grew up at Mud Fork before her family moved to Monaville, Holden and then West Logan. She currently spends most of her time at West Logan with her mother and is proud of her two grown daughters, one being a nurse in Beckley and another one who is a resident of Fayetteville, West Virginia.

According to Michelle, after majoring in accounting and finishing college, she became a singer in a local musical band that performed at various locations in and around Logan County. “People kept telling us that we could make it big in Nashville, so we went there,” she explained. “The competition there, though, is just unbelievable. So, the rest of the band members came back home.”

Because she was “good at numbers” Michelle stayed in Tennessee where she obtained “good-paying jobs,” eventually becoming the payroll manager for Georgia-Durango Boots Manufacturing in Nashville. It was there she embezzled almost a half million dollars and wound up with a 10-year prison sentence.

“I was making nearly $70,000 a year back then, but I put a ‘friend’ on the payroll and embezzled money,” she explained. “I was walking around every day with six or seven thousand dollars in my purse. I would walk into a store, get a buggy for each of my kids, and say, ‘Get whatever you want’.”

Her gambling habit, however, was not done in Tennessee, a state which did not allow such so-called video gambling machines, but because she drove back to Logan County every weekend to allow her children time with her ex-husband, she would spend every weekend at Cross Lanes Racing Casino gambling her money there in Kanawha County.

“I would come home on Friday, visit briefly with my parents, and head to Cross Lanes. I gambled non-stop until Sunday and then got my kids and headed back to Tennessee,” she related. “I gambled from Friday until Sunday morning. I didn’t need much sleep back then.”

There is an amazing story in which on one Friday night at the casino, after putting only $40 into a machine, she registered a win for $80,000. By Sunday morning, she had gambled it all back into the various machines, plus a few thousand more that she had started with.

“It was crazy,” she explained. “Most people had left the casino during the early morning hours and I practically had the place to myself. I had one whole aisle to myself, and I was playing all of the machines at one time. I was walking up and down the aisle putting $20 in every machine, over and over. I would hit $200 or so, here and there, but eventually I lost it all.”

Amazingly, when asked how she felt on Sunday after winning and then losing $80,000, Michelle’s answer was, “Wow, what a great weekend I had.”

Unlike some gamblers who prefer to only place their bets in machines, Vance said she would bet on anything — from Super Bowl football games to horse races. “At one time, I had three bookies I bet with,” she said. “I didn’t just buy a few scratch-off lottery tickets. I would buy whole rolls of them.”

It all started when Michelle — in an environment she entered into early one cold winter morning when she simply wanted to keep warm following a domestic dispute — placed a $5 bill in a machine at a Chapmanville establishment and immediately won $575. It was the beginning of an almost unbelievable addictive journey that would cost her valuable time with her parents, children, and grandchildren.

“Gambling can ruin your life,” she said. “I missed a lot of important years with my kids and my parents. “When I got out of prison, my dad was in a nursing home and only lived a few months longer. An addict doesn’t realize what you’re doing to your family.”

While residing in Nashville and living “high on the hog” and embezzling money, Vance said she had a beautiful home and a good life. “I became terrified, though. And it was eating me alive.”

She wound up going to her boss and telling him about her crime. With tears in his eyes, according to Vance, he said “I have to answer to a board of directors, so you will be charged.”

The embezzled money was covered by an insurance policy and the top company official with Georgia-Durango Boot Company even told the sentencing judge that they would never have known about the crime if she had not told them. Therefore, the sentence, Vance surmises, could have been worse.

She spent eight months in the Williamson County, Tennessee, jail before heading off to the Tennessee Prison for Women where she made p,arole within a year because she had been a model prisoner, never having been in trouble before. It was there she became a trustee under then Warden Debra Johnson, who Vance grew to truly admire.

“She was the sweetest person. I would drive her around in a golf cart and she would tell me to stop and talk to the inmates and see if they had any grievances or other problems. I became their grievance clerk. She cared about the prisoners. I hated the way she died.”

Johnson, after becoming prison administrator, was in 2019 raped and murdered by a trustee named Curtis Watson, who, before being captured, escaped by driving a tractor from the prison site.

Looking back, Vance accepts responsibility for her mistakes and openly admits that “I screwed up.” Vance, who said she was first sentenced to one year of prison and 10 years of intensive supervision, eventually gained her freedom with conditions. “I could have been done with prison within eight months for embezzling a half million dollars, but I messed up by gambling again.”

She spent 30 more days in jail after a probation violation before the presiding judge in October asked if she could have her mother and two children appear in court the next month. When her mother and kids arrived the following month, the judge told her, “I don’t want to see you again. Go spend Thanksgiving with your family.”

Regardless, the devil would not release her gambling soul. Once back in Logan County, she later continued her habit, writing bad checks in numerous locations to have funds to “throw” into the machines. “I had three checking accounts with checks bouncing everywhere,” said Michelle.

In 2004 in Logan County, the likable lady was charged with committing fraudulent schemes because of the check-writing fiasco. “I went back to prison and finished out my sentence,” she said.

Today, after treatment and much counseling, Michelle says she would like to try to help others who have gambling addictions or to even help companies who may suspect possible embezzlement. She would certainly seem to be the right person for either possibility.

“People have no idea how bad this addiction is,” said the recovering addict. “I have tried about 30 places around Logan to get a meeting place for Gamblers Anonymous. It’s all right to gamble, but you must be able to control it. I would love to talk to people about this problem.”

Anyone desiring to help with a meeting place, or someone who just needs inspiration with their problem, can email Michelle at michelevanc67@gmail.com.

It’s a “good bet” that she may be able to help you.