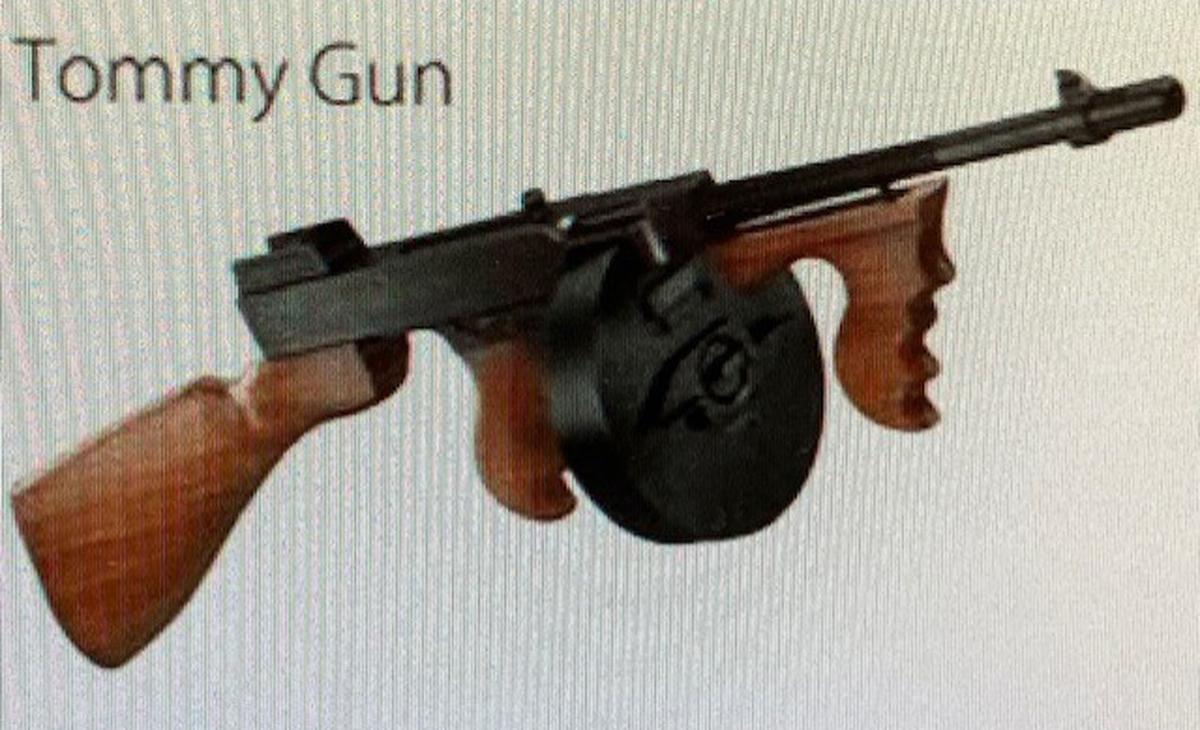 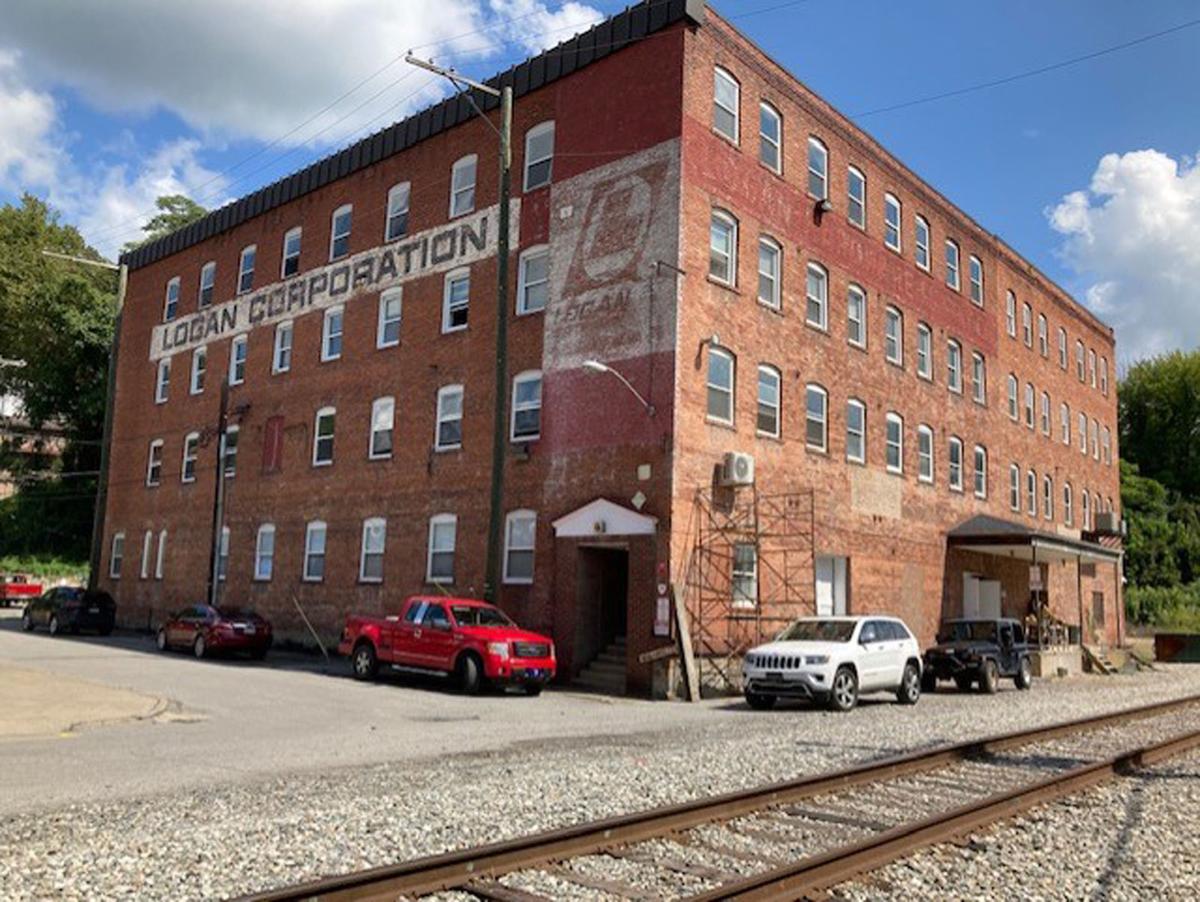 This being the 100th anniversary of the Battle of Blair Mountain, I thought the following story would be of interest to those readers who actually care about local history. While the background of this particular subject is important, it is in fact the amazing future that lies ahead for it that is of more consequence — and it will be totally explained in a future story.

For now, however, there are several structures that exist in the town of Logan, some well over 100 years-old, and all of them are in one way or another of historical significance. It’s just a matter of delving into the past to uncover these buildings’ meaningful former values.

One such structure that hardly anybody pays attention to is the four-story brick building that serenely stands behind the Logan post office. Although it may appear to be of little value nowadays, its significance in Logan’s past can be tied to many things, including two police departments in Kentucky and to weapons not only used in the Battle of Blair Mountain, but in various world wars and even Chicago gangster battles of the 1920s.

For me, and other boys growing up in these coal fields, to receive a toy machine gun for Christmas was momentous. It wasn’t like young males wanted the weapons so we could pretend to be gangsters but playing “Army” was common during a time when such television shows as “Combat” and “The Gallant Men” were weekly features that showed how American soldiers prevailed against their enemies in World War II.

Our childhood advancement from the Indian’s bow and arrow to the machine gun was likely the result of such popular war-related movies as “Pork Chop Hill,” “Sergeant York,” ‘The Longest Day,” and “From Here to Eternity,” all of which inspired our coal camp war games that often were played on smoky slate dumps that made for a good battlefield environment.

By now, you are probably wondering what in the world these machine gun tales have to do with the brick building aforementioned that sits on Highland Avenue, which is the road directly behind the Logan post office.

Allow me to explain that the structure has gone by many corporate names, the first of which was Logan Hardware Company, incorporated in 1904 by five Bluefield, West Virginia businessmen including W.F. Bevill, who was responsible for Bevill’s Department store on Stratton Street that later became Watson’s and then evolved into the Peebles store. That particular building, now empty, is for sale. Records show that the amount of the capital stock investment by the gentlemen into Logan Hardware was $10,000.

In the 1904 certificate of incorporation, which was recorded when the town was still named Aracoma, it noted that the company would be “buying and selling all kinds of hardware,” including “stoves, tins ware, mine and mill supplies, dynamite, powder, furs, ammunition, farming instruments, wagons, oils, paints, saddles, harnesses, plumbing supplies and all kinds of merchandise handled by a first class hardware dealer.” The machine gun had not been invented at that time.

The railroad had been completed to Logan, and those people who had the money to invest in the town’s future were doing so, many of whom were out-of-town investors. Several other suppliers of different hardware and even food items, such as the Robertson Grocery building built in 1908 on Cole Street and Guyan Supply Co., the building on Hudgins Street that was demolished a few years ago, both were constructed next to C&O railroad tracks that sliced through Logan. The location to the tracks, of course, made it convenient for unloading merchandise.

In 1918 the Thompson submachine gun was invented by General John T. Thompson and it became an instant success during the Prohibition era, especially with various crime syndicates in the United States, and it was also years later widely used by American soldiers during World War II. Over the years, the fully automatic weapon that uses .45 caliber shells has garnered several nicknames, including the Tommy gun, the Chopper, the Annihilator, and the Chicago Typewriter.

The machine gun, which is among the best known firearms in history, was sold to coal mine operators who supplied them to several of the over 500 deputies who were hired by legendary Logan sheriff Don Chafin to keep union organizers from infiltrating Logan County and organizing the coal miners. By 1921 the problem had escalated into what is known as the Battle of Blair Mountain, in which the machine gun may have played a key role.

We may never know just how many machine guns were shipped into Logan County, but it is for certain that Logan Hardware Co. sold many, including two that are now in the possession of two separate Kentucky police departments.

Well over a year ago, I received a telephone call from Tom Davis, a weapons expert and collector, who was inquiring about Logan Hardware Co. Davis said that the Fort Thomas, Kentucky, police department was in possession of a Thompson sub-machine gun which was registered and sold by the Logan company in 1921. Davis said records indicate that at least 11 machine guns were sold by the company in 1921, the year of the Blair Mountain Battle, at a price of $175 each. Davis said those weapons would now sell for around $50,000 each.

However, another Kentucky police department in Jenkins was planning on auctioning a machine gun that the town had in its possession for $75,000. Jenkins Mayor Todd DePriest was quoted as saying, “As far as we can trace back, it was bought by a consolidated coal company and it was shipped to a hardware store in Logan, West Virginia, and then brought by train to Jenkins. The story we have always been told was that it was used to guard the payroll when the money came in on the train,” said DePriest.

In speaking with Davis, a retired federal criminal investigator with the IRS, who has written a book about the history of the Tommy gun, he noted that the gun in Jenkins is numbered 91 and was purchased by Island Creek Coal Co. of Omar in 1921. The Jenkins police department bought it used in 1930. The machine gun owned in Ft. Henry has a triple digit manufacturing number but is valued around $50,000, according to Davis. Only 15,000 of the weapons were manufactured in 1921, and few exist today.

Jenkins is a former coal mining town in Letcher County with a population of about 2,000 people and is noted for being the home of country singer Gary Stewart and Francis Gary Powers, the pilot of an American C.I.A. spy plane that was shot down over Russia in 1960.

Ironically, Fort Henry is less than five miles from the majestic mansion formerly owned by machine gun inventor General Thompson in Newport, Kentucky, directly across the Ohio River from Cincinnati. The mansion is known as the Thompson House and is listed on the National Register of Historic Places. For the past several years it has served as a popular live music venue and contains a restaurant and two bars.

When first manufactured, Thompson’s machine gun was actually considered a flop and was even offered through mail order catalogs and was widely available in most towns’ mercantile and hardware stores until the National Firearms Act of 1934.

World War II actually saved the Colt Company from bankruptcy when the American government ordered 50 million machine guns for use in the war.

“The machine gun is so much a part of American history,” Davis explained.

From gangsters like Al Capone and Machine Gun Kelly, to U.S. soldiers of World War II, to coal operators and Sheriff Don Chafin of Logan — yes, there is much history connected to the Thompson submachine gun — as well as a building in Logan over 100 years old whose surprising history can now be known.

Very recently, I was given a tour of the four-story structure that consists of over 50,000 square feet. The work that has already been done and the work that continues is currently the best kept economic secret in Logan County. And, with a restaurant slated to open there in about three weeks while work continues on other venues, I will tell you that the people of Logan County are going to be astonished — all because of the vision of one hard working history-loving young lady.

That young lady’s great-grandfather, who was a deputy for legendary sheriff Don Chafin, just may have used one of those machine guns on Blair Mountain back in 1921.

Courtney Quick is one determined person who all of Logan County will soon get to know. Her story and her plans for the historic structure that was once doomed will soon be disclosed.