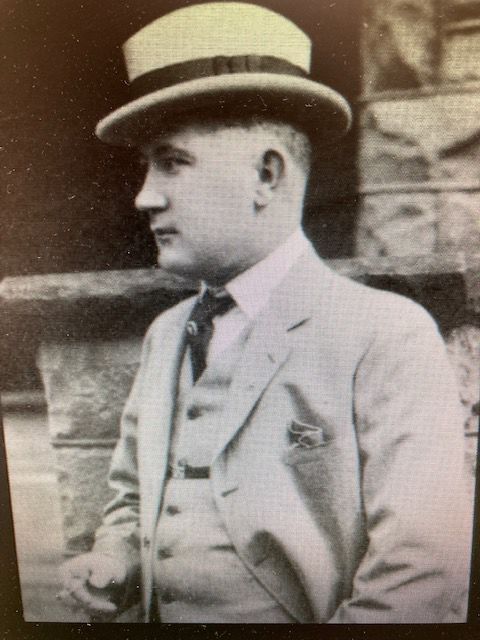 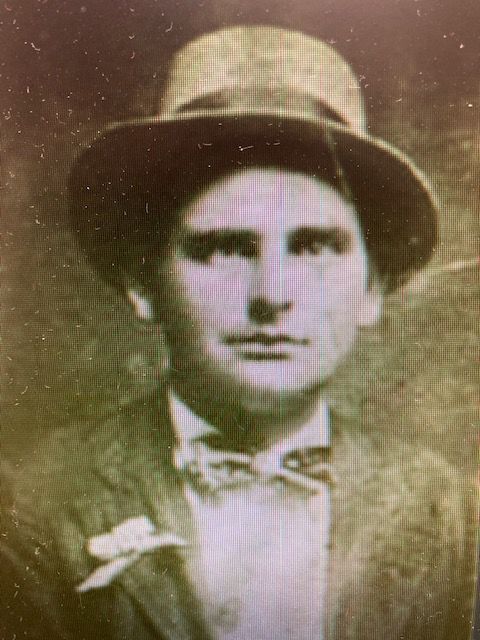 When one hears the name of Don Chafin, most knowledgeable people immediately identify the former Logan County sheriff with the historical Battle of Blair Mountain. And although that identification is appropriately accurate, there is much more to the man some considered the “savior” of Logan and to others who thought of him as a villainous demon.

It was the year of 1924 and one might say that the Blair Mountain Battle of 1921 was by then just water under the bridge. Nevertheless, a great deal of polluted water had passed though the political streams of Logan County during that three-year time period and the upstream dam was about to break. The resulting turbulence would prove political embarrassment for former sheriff Don Chafin and his former deputy, Tennis Hatfield, and in the long run it meant financial ruin for Tennis, a son of William Anderson “Devil Anse” Hatfield.

For me, Chafin and Hatfield provide a wealth of history between them; both came from large well known families that were related and intertwined with the other. Both Chafin and Hatfield were came from large families in which 13 children were born to the Hatfields and the Chafins. As well renowned as Hatfield’s father was, Chafin’s father, Francis Chafin, also was popular, as like Devil Anse, he too had fought for the confederacy, serving as a lieutenant in a Virginia regiment.

So it was that both Don and Tennis came from backgrounds that made them viable people within the political reign of Logan County. Unfortunately, those two men, both of which were known to “booze it up” at times would become bitter enemies.

From all indications drawn from newspaper accounts and other historical recollections, the two men had been partners in the operation of the “Blue Goose,” which was an illegal liquor establishment at Barnabus near Omar in Logan County during the Prohibition era. When it was raided by state police, Hatfield was arrested and later sentenced in federal court to an Atlanta prison.

Expecting Don Chafin and others to utilize their political might to get a pardon for him, Hatfield reportedly cut a deal with the Republican administration to testify that Chafin was a silent partner in the Blue Goose operation. Chafin, the most powerful democrat in West Virginia at the time, could not get the help Hatfield expected, and he then was subject to Hatfield’s testimony to Republican Federal Judge George McClintic.

While still sheriff, and by state law was unable to run for another term, Chafin was found guilty in a Huntington Federal Court of “conspiracy to operate the Blue Goose, a speakeasy at Barnabus,” which had been raided by state police in December of 1922. Jude McClintic immediately sentenced Chafin to two years prison in the federal penitentiary in Atlanta and the sheriff was given the maximum fine of $10,000.

The judge set bond for Chafin at $20,000, pending lawyers for the sheriff filing an appeal to the U.S. Supreme Court.

Meanwhile, throughout the year, a battle for Chafin’s position as sheriff had been hard fought, as Tennis Hatfield was then the Republican candidate for sheriff and was opposed by Democrat Emmett Scaggs, who Chafin was backing due to Hatfield’s prior testimony against him. Scaggs, a very popular former president of the Logan County Board of Education, was the brother to Enoch Scaggs, a Logan County deputy who had shot and killed a man during a poker gamer at Chapmanville. Scaggs declared that shooting to be in self-defense.

The same man — when another son of Devil Anse (Joe Hatfield) was sheriff — would shoot and kill Logan Chief of Police Roy Knotts at the very popular restaurant at Stratton Street in Logan known as “The Smokehouse” on Knotts’ very first day on the job in 1930. Knotts, a former state policeman, was shot five times, while having in his possession a list of names that included gambling establishments, several hotels used as brothels, and illegal liquor dispensing businesses in Logan. Knotts had been given instructions to raid each place following the former Logan Police Chief resigning when he was given instructions by the Logan Mayor to do the same thing. Tennis and Joe Hatfield were thought to be behind the assassinations because Scaggs collected monies from gambling machines for the two brothers.

While the 1930 shenanigans seem right out of a well-written movie thriller, the bitter 1924 General Election for sheriff of Logan was also paramount in local political history. It was reported that Hatfield had defeated Scaggs 7,605 to 7,465. Then, after precinct results were recounted and disputed votes thrown out during the County Court’s canvassing of the ballots, Scaggs was declared the victor, winning 7,592 to 7,441 over Hatfield.

Following a lengthy appeal process, the State Supreme Court unanimously agreed to throw out two precincts — Mud Fork and Striker — because Chafin and some of his forces intimidated voters and even voted for others at Mud Fork. Meanwhile, the court found that Democrats had simply taken over the polling place and refused to let Republican poll workers on the grounds.

After 16 months of Scaggs and other Democrats serving in various elected offices, The Logan Banner declared that “Logan Republicans went wild with joy this morning when news was flashed that the five judges of the state Supreme Court had concurred in the decision “to throw out the Mud Fork and Striker precincts,” meaning Republicans gained every county office, which included Justice of the Peace Elba Hatfield, son of William Anderson “Cap” Hatfield.

Don Chafin would report to prison in 1925 and the Hatfield regime would control the county for the next eights years, although Chafin received a pardon in July 1925. His original sentence, prior to appeals, was Oct. 24, 1924 — just days before the disputed November election.

Interestingly, on the same day Chafin was declared guilty The Banner reported that “Tennis Hatfield, Republican candidate for sheriff of Logan County whose testimony he provided as principal witness against sheriff Don Chafin in Federal Court last week, was indicted by a grand jury in Logan County Circuit Court for operating a moonshine still.”

The article points out that when Hatfield served a term in the penitentiary, his conviction was based on charges of selling whiskey. The indictment returned by the Grand Jury charges Hatfield with operation of a moonshine still, a separate charge. State policeman H.L. McCoy testified that in the raid on the Blue Goose there was found two stills in the basement set up for operation, one dismantled still, 16 half-gallon jars of whiskey, seven barrels mash, and about 30 cases of raisins.

Prosecuting Attorney John “Con” Chafin said the case would not come up during the present term of court then, and that Hatfield was released on a $5,000 bond for appearance at the January term of court. Chafin would later become a prosecutor in the murder trial involving Mamie Thurman in 1932. In 1937, the popular Chafin would be found dead standing erect in the Guyandotte River. It was declared that he had committed suicide.

Attorney General E.T. England, a former Logan lawyer, in November of 1924 opened up another chapter of conspiracy by filing injunctions against Don Chafin, all of his many deputies, Logan Judge Robert Bland, prosecuting attorney John Chafin, all three county commissioners and 50 Logan County coal companies. The writ of injunction was applied for in Kanawha County and was temporarily granted.

Among other things, the petition declared that “The plaintiff is informed, and believes that charges are true that the sheriff and deputy sheriffs make a practice of driving law abiding and unoffending citizens from the county and forbidding them the right to return; beat up citizens and kill them upon little or no provocation; that they are also in the practice of framing some pretended offense upon certain citizens opposing their rules of terror, and after slipping a pistol or whiskey unnoticed into the possession of some of the citizens who oppose them, they immediately arrest them and take them before a justice of the peace and have such person jailed or fined.”

There is so much more to tell of the exploits of both Chafin and Tennis Hatfield, but for now let it be sufficient to say that Don Chafin — the man who owned more property in Logan than anyone — moved to Huntington in 1936. Tennis Hatfield — who had amassed at least $100,000 from illegal sales before he ever became sheriff — is buried in his family cemetery at Sarah Ann.

Chafin would return to Logan occasionally and place a folding chair outside the National Bank of Logan where he would sit to greet old friends and passersby.

Perhaps Chafin was enjoying the fact that his old rival, Tennis, divorced three times and financially broke after his time in office, was roaming from pool room to pool room in busy Logan asking for money to buy another alcoholic drink.

Hatfield died in 1953. Chafin outlasted him by about one year when he succumbed in 1954.