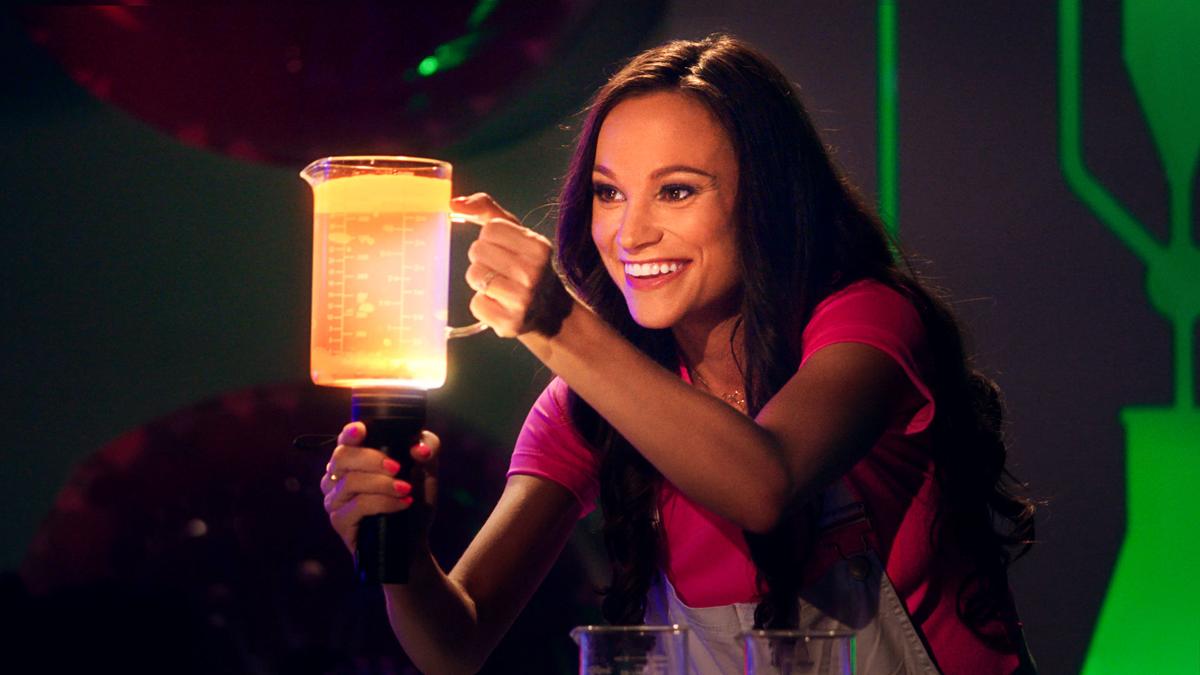 Morgantown native Emily Calandrelli takes her love of science and science education to a new level with “Emily’s Wonder Lab.” The show arrives on Netflix on Aug. 25. 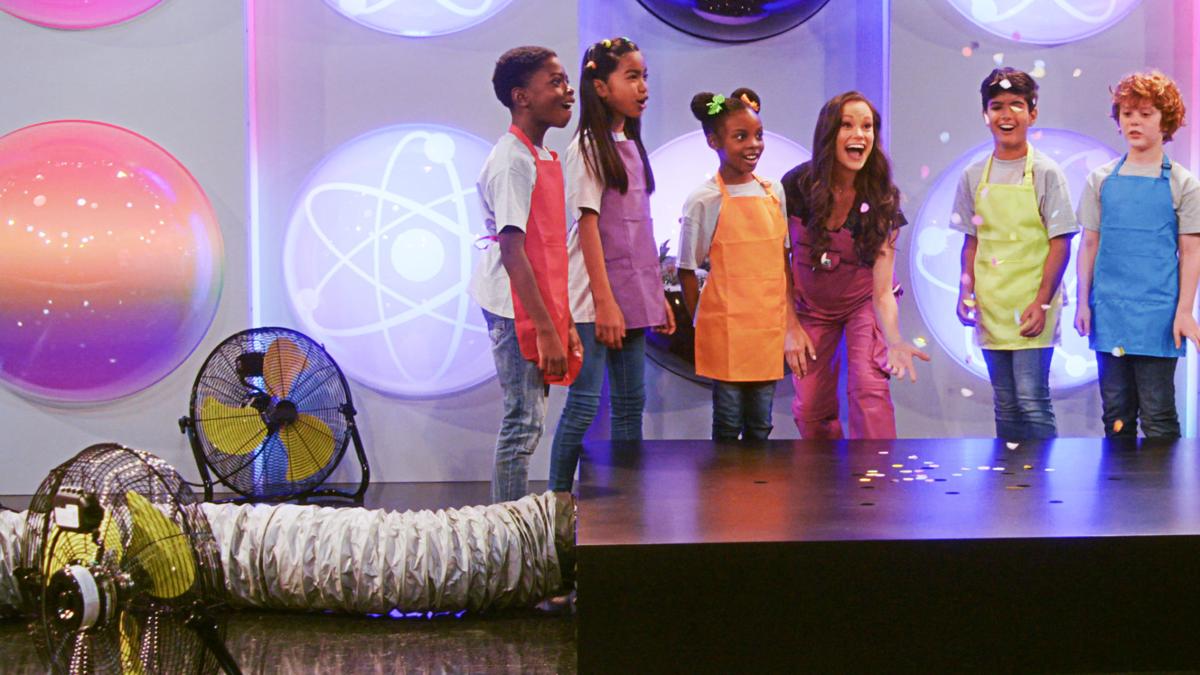 Morgantown native Emily Calandrelli takes her love of science and science education to a new level with “Emily’s Wonder Lab.” The show arrives on Netflix on Aug. 25.

Science presenter and children’s book author Emily Calandrelli said she and a producer friend had been developing an idea for a kids’ science show for four or five years.

It was serious business. Her producer was with Bunim/Murray, the company that launched MTV’s “Road Rules” and “The Real World,” as well as “Project Runway” and “Bill Nye Saves the World.”

Calandrelli, also known as “The Space Gal,” won an Emmy for her appearances on Nye’s show.

For her show, Calandrelli and her producer imagined Calandrelli playing a sort of fictionalized version of herself.

“I was going to be an aunt for some kids,” the 33-year-old Morgantown, West Virginia, native said. “And the kids and all their friends were going to come up to my laboratory and we were going to do all of these science experiments.”

Over the past couple of years, they met with television network programmers and streaming channels like Netflix, Amazon or Hulu and presented their idea.

Netflix called them back.

The streaming service was so-so on the show idea, but Netflix executives really liked Calandrelli.

Netflix told them, “Come back and pitch us an idea where Emily is just playing herself.”

Calandrelli and company changed things up, took out the acting, and developed “Emily’s Wonder Lab,” a science show geared toward an elementary or preschool audience.

“It’s science you’d find in a middle school or even high school classroom, but we talk about it in a way younger kids would understand,” she said. “We don’t dumb it down. We just synergize it and make it way more fun.”

On the show, Calandrelli talks science and does experiments with some help that the kids watching at home can recreate with their parents.

The material is a tiny stretch for Calandrelli. A West Virginia University grad, Calandrelli’s background is in aerospace technology.

She has a master’s degree from MIT in aeronautics and astronautics, as well as an M.S. in technology and policy.

Before her television and media career took off, she interned at NASA, but “Emily’s Wonder Lab” is more of a general science show, tackling subjects like chemical reactions and applying the laws of physics.

Calandrelli said it was fun to get to dig into that kind of science, but that presenting any kind of science on television is tricky. Science is cool, she said, but it doesn’t always look that way.

“You have to find something that’s both interesting and visually interesting on camera,” she said.

There’s a kind of a Venn diagram to it, Calandrelli explained. To make it work for television, you have to meet where the two circles overlap. Figuring out what works takes time and can involve a process of elimination.

“We had to go through a number of science experiments to find that sweet spot,” she said.

Recording the show was a challenge, too. At the time, Calandrelli was almost nine months pregnant.

She laughed and said, “That was a unique aspect of the show.”

When Calandrelli found out she was pregnant, she designed and built a high-altitude balloon and flew her ultrasound to the edge of space.

She said, “That was to announce my pregnancy, actually.”

It was supposed to be easy.

“I’d seen other students and researchers build high altitude balloons before. How hard can it be?” she asked, and then answered, “Turns out, pretty hard.”

The toughest part was chasing down the equipment after the balloon popped somewhere on the edge of the Earth’s atmosphere and plummeted back to the ground.

“You’re not streaming everything live,” she said. “You have to go and retrieve the camera to get the footage.”

Calandrelli said the chase took about three hours. It landed somewhere on a huge farm.

“We ran in and grabbed everything before anyone yelled at us,” she said.

The equipment was found using a GPS tracker on her phone.

Calandrelli launched the balloon in spring 2019. Her daughter Rose was born at the end of August.

“Emily’s Wonder Lab” arrives as students in West Virginia are getting ready to begin the school year. In normal years, they would already be back to their studies.

Because of COVID-19, a lot of children aren’t returning to brick and mortar classrooms right away. Many will begin the year learning from home.

Even if schools reopen, they may not be able to remain that way.

Calandrelli said she’s been hearing a lot about what’s happening in West Virginia schools. Her brother is a high school math teacher.

“My heart goes out to everyone,” she said. “It sounds incredibly stressful.”

With parents looking for ways to keep their children engaged and interested in learning, particularly if they’re learning from home, Calandrelli said her only real advice was to try to make it fun for everybody.

“That’s one of the wonderful things my show does,” she said. “It provides an actual experiment you can do with materials you have around the house. You can bring the science from the show home.”

The kids will like it, Calandrelli promised, and parents probably will, too.

“I love doing them and I’m a full-blown adult,” she said.