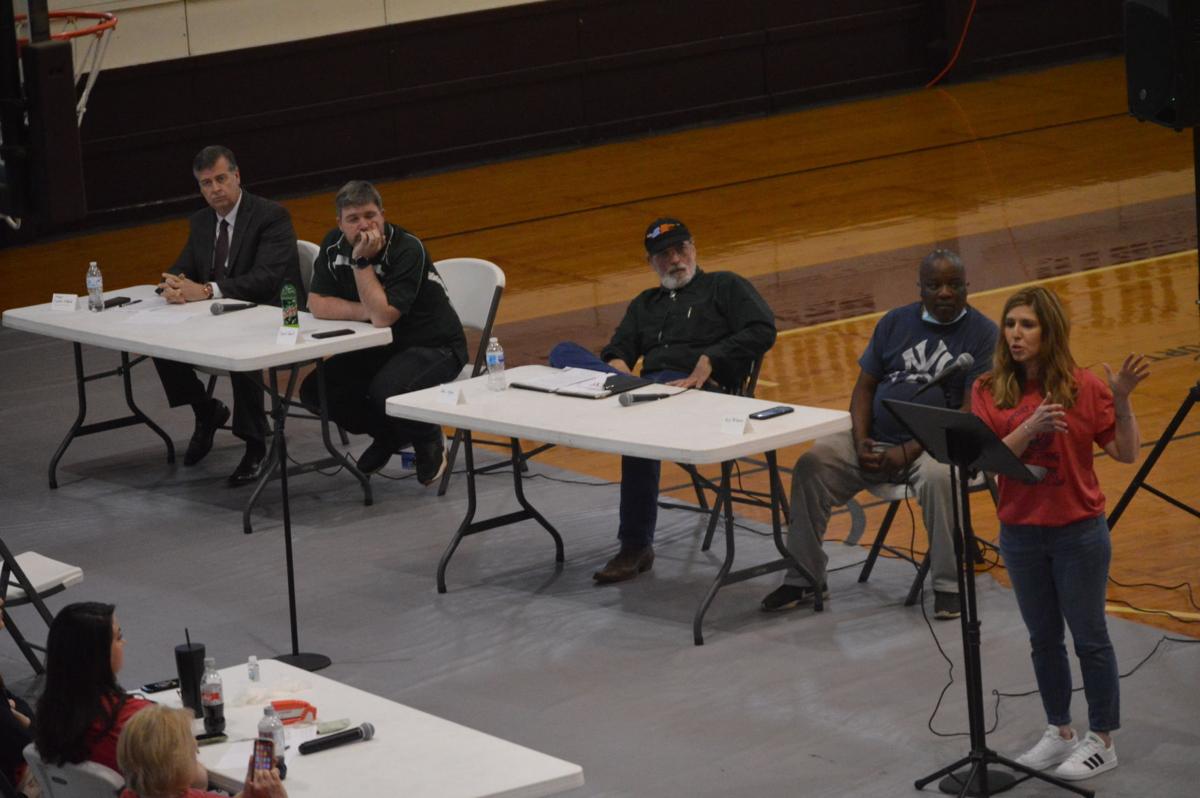 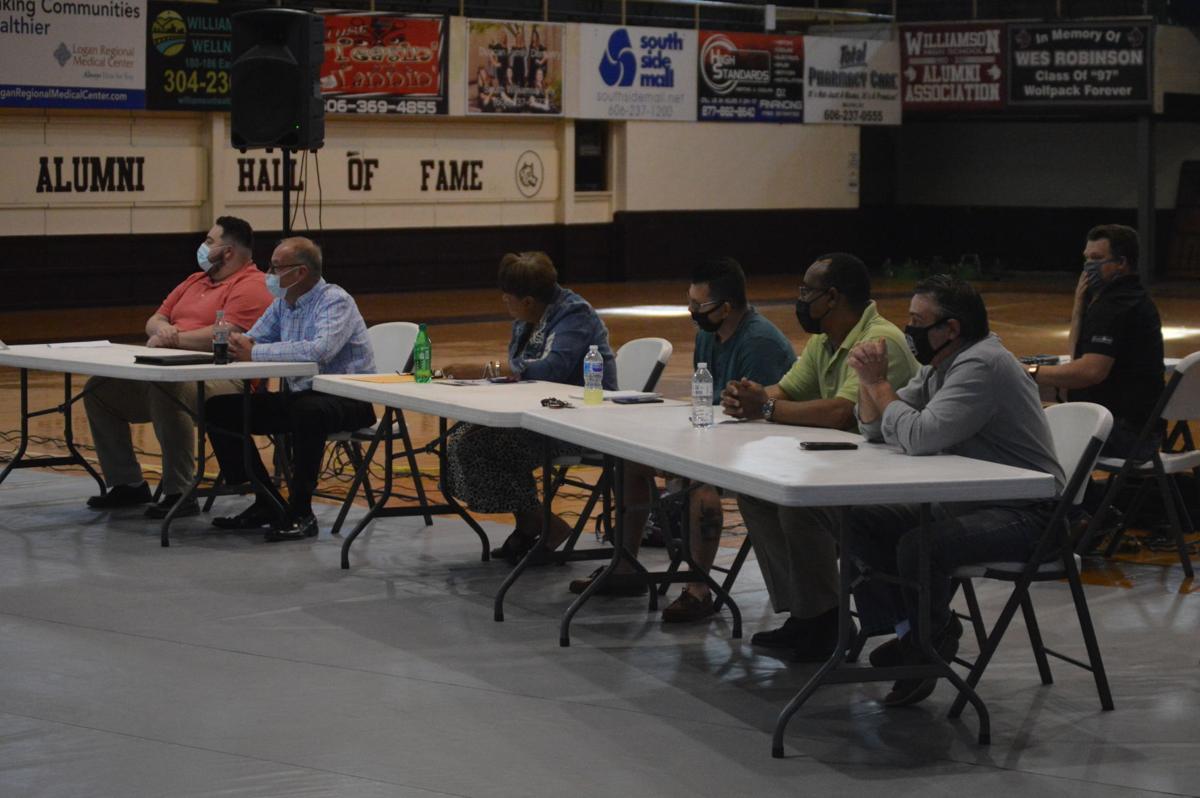 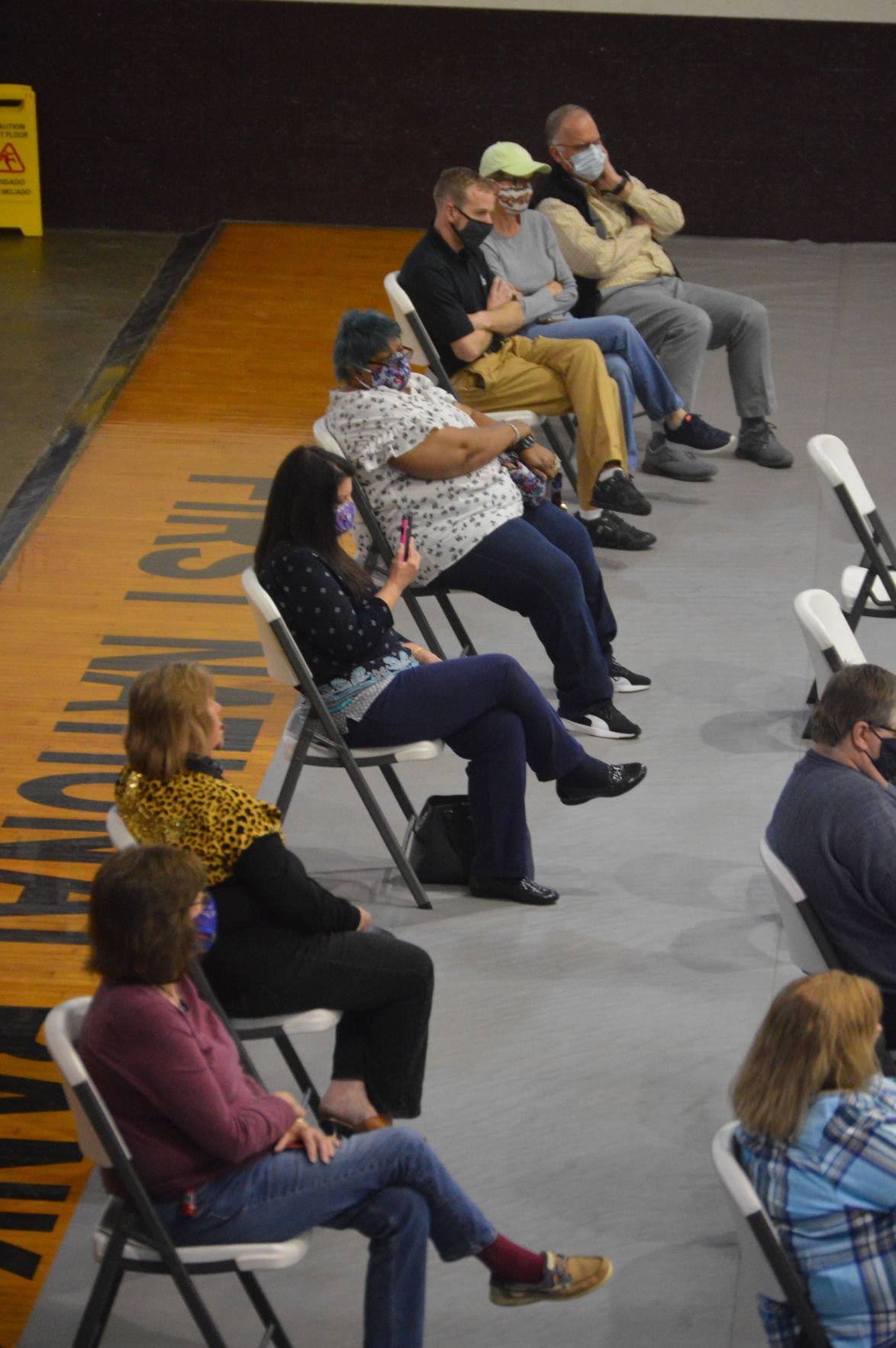 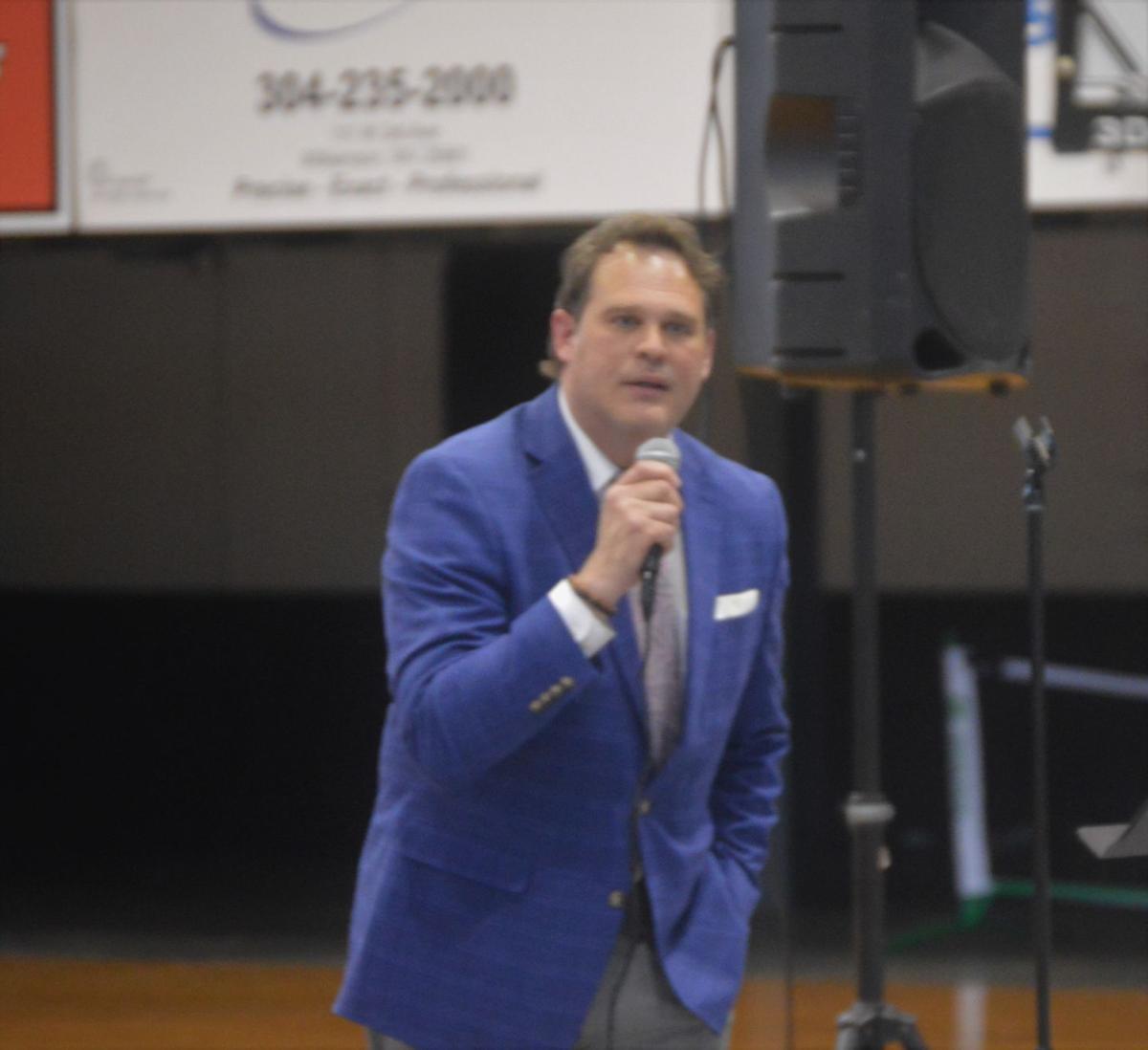 WILLIAMSON — With the primary election for the 2021 Williamson Municipal Election quickly approaching, a “Meet the Candidates” forum was offered Tuesday, March 30, at the Williamson Fieldhouse.

The forum was hosted by the GFWC-WV Williamson Woman’s Club for candidates to discuss their platforms and give voters a chance to learn more about their options ahead of the election on Tuesday, April 13.

Woman’s Club member Chris Dotson kicked off the event by introducing special guest Lee Dean from the West Virginia Secretary of State’s Office, who gave information about the voting process.

After Dean finished taking questions from voters, each candidate for the mayor and the city council races were allowed a maximum of five minutes to introduce themselves and state their goals for Williamson.

Moderator Shelby Porter asked questions from audience members, who wrote on index cards at the doors.

On the Republican ticket, Williamson Health of Wellness Center CFO David Jewell is running unopposed in the primary and will meet the winner of April’s Democratic primary in June’s general election.

All four mayor candidates were in attendance as well as six of the nine candidates vying for the four open city council seats. The event was also live-streamed on Facebook.

In the city’s Ward 1, local businessman Joseph Bucci is running unopposed for that council seat as a Democrat in the primary election. No Republicans filed in the East End.

In Ward 2, current Councilwoman Sherri Hairston Brown (D) filed for re-election and is opposed once again by Democrat Stuart Hight. No Republicans filed the ward, which represents the areas of Vinson Street, Liberty Heights and Mountain Heights.

For Ward 3, which makes up much of the city’s downtown, current Councilman Ralphie Hall (D) has also filed for re-election and is facing Democrat Clifford William Perkins Sr. No Republicans filed.

In Ward 4, which represents the West End and Fairview Addition communities of the city, four candidates filed — which was the most of any ward. Democrats Michael Maynard, Mike Casey, Clark Napier and incumbent Joe Venturino are all four seeking the open seat. No Republicans filed.

Reader’s Note: Due to publication deadlines, the April 14 issue of the Williamson Daily News will not include April 13 election results. Check www.williamsondailynews.com for results after the election.