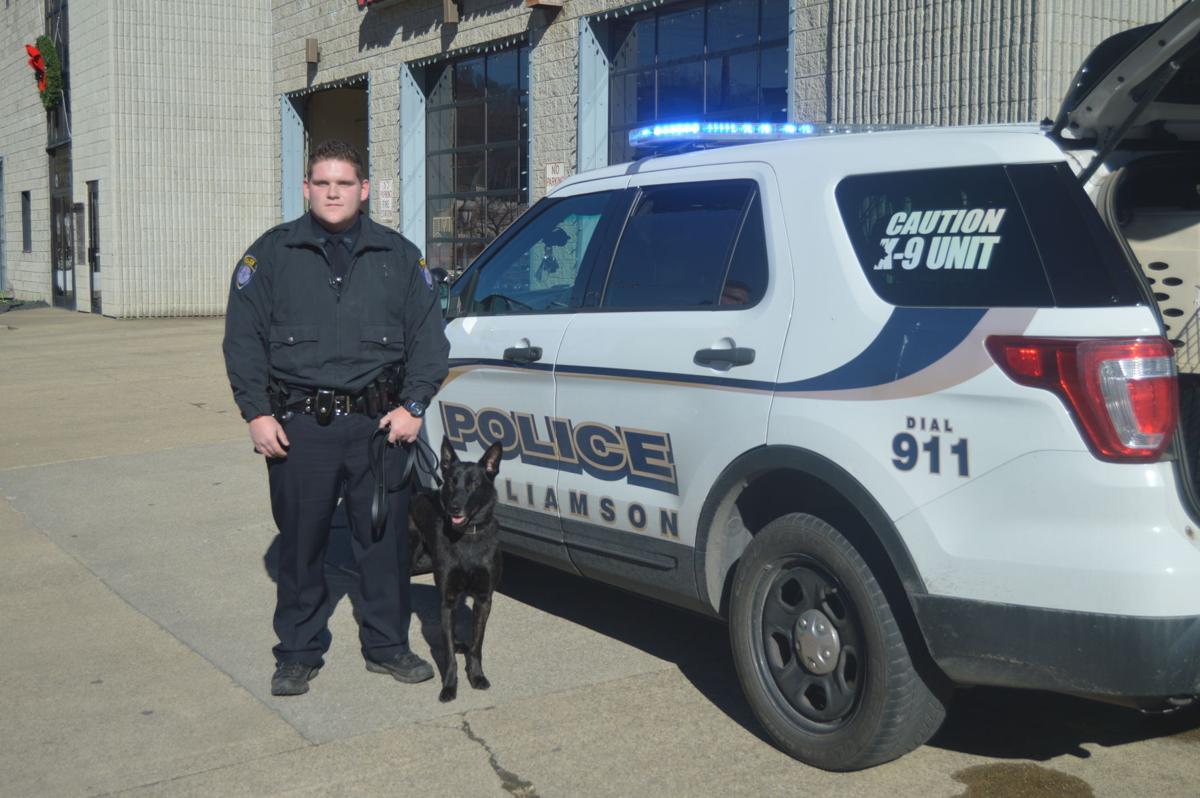 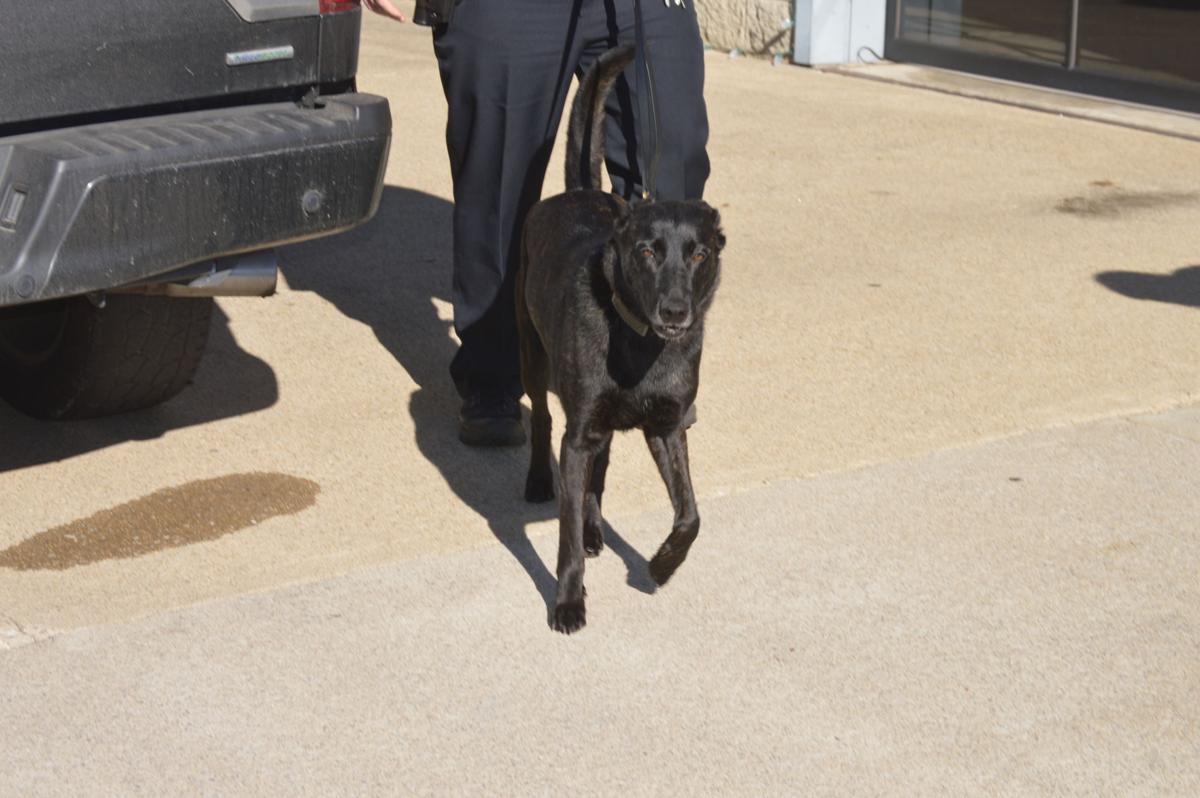 Kai, the Williamson Police Department’s first-ever K-9, takes a walk outside of the office on Dec. 23.

Kai, the Williamson Police Department’s first-ever K-9, takes a walk outside of the office on Dec. 23.

WILLIAMSON — The Williamson Police Department recently added a new member to their police force, however, the new officer gets around on four legs instead of two.

Kai, a 2-year-old Dutch German Shepherd, is the department’s first ever K-9 and is now the only dual-purpose dog in Mingo County — meaning she is trained to both detect drugs and apprehend suspects.

“There’s a difference in just the narcotics dogs and a dual-purpose dog,” said Williamson Police Department Patrolman Trevor Layne, who is the officer trained to handle the dog. “Basically, the narcotics dogs just do the one specific thing, and that’s searching, but with her, she’s thinking about apprehension and searching. So, she’s got a lot more going on.”

Williamson Police Chief Grady Dotson said that acquiring the city’s first ever K-9 officer was just another example of the department moving forward.

“Since I took over the chief position almost four years ago, we’re always trying to advance our department and move it forward,” Dotson said. “Anything that we can do — whether it be technology or getting a K-9 unit to help deter drugs in this community — then we want to do that.”

The move followed previous firsts for the department, such as the addition of tasers, state-of-the-art body cameras, vests and more.

Dotson said that the small size of his department, with only four full-time officers aside from himself, played a role in them acquiring the dual-purpose dog.

“We’re a small department ... a lot of times, an officer will be out by himself, and that’s why we went with a dual-purpose dog,” Dotson said. “Because not only can she detect narcotics, but if an officer was to get into a situation where he needed to flee down a suspect or if the officer is injured, then the dog can assist with the apprehension and arrest of the suspect.”

Dotson first approached the Williamson City Council with the idea in May and received the council’s full support to move forward.

Layne says he has zero doubts that Kai will be a tremendous asset to the Williamson area.

Layne said that even though he has had Kai for a little under a month, they have already created an extremely strong bond.

“It’s awesome. Just the way you first meet the dog and start training and just creating that bond with one another, it feels unbreakable,” Layne said. “I know I’ve only had her for a short time, but we have a really good relationship.”

Kai was trained by Mike Mays from Battle Ridge K-9 out of Madison. Mays is a chief deputy on the Logan County Sheriff’s Department. Layne is the only officer on the department who is trained to handle the K-9.