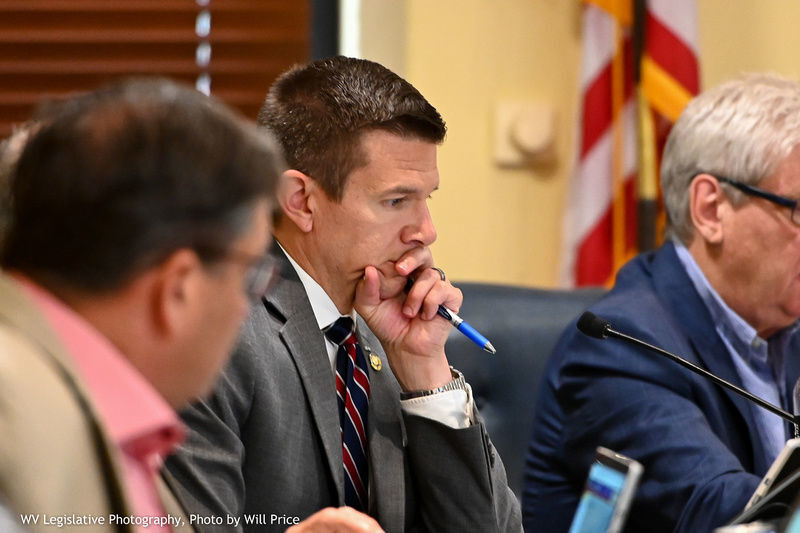 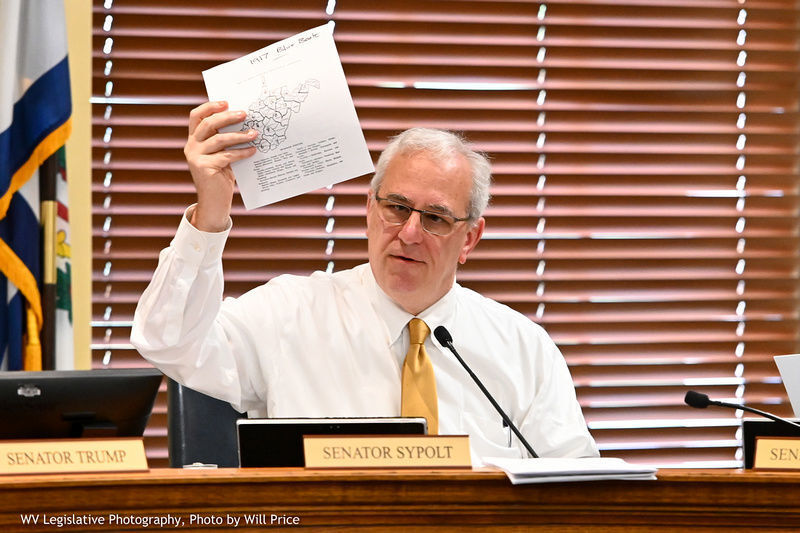 A new challenge in that process arose Friday when, among the 21 proposed congressional maps proposed to the state Senate Redistricting Committee, the map with the best population equality had the least favorable compactness measurement and one of the four maps with the best compactness measurement had the least population equality.

Friday was the last meeting of the Senate Redistricting Committee before the special legislative session to complete the redistricting process.

The special session, which begins Monday, also will include calls for the Legislature to allocate about $1 billion in federal money from the American Rescue Plan that President Joe Biden signed into law in March, Senate Finance Chairman Eric Tarr, R-Putnam, who also is a member of the Redistricting Committee, said during Friday’s meeting.

The meeting in the West Virginia Capitol on Friday was the culmination of a lot of questions committee members have asked throughout the week about the constitutionality of the proposed maps they had.

The meeting also included a bookend to historical information about state Senate district maps from Sen. Ryan Weld, R-Brooke, who said Committee Chair Charles Trump, R-Morgan, piqued his interest with a presentation about the evolution of West Virginia’s Senate districts throughout the 20th century.

The committee did not adopt any maps Friday. Trump said he wanted to wait until the full Legislature was back in the Capitol before advancing any proposed congressional or state Senate maps.

“I’m worried and I think we all should be worried that without having the whole Senate assembled to look at this, we’re not going to be able to have a fair idea of what is approvable by the whole body,” Trump said. “We have 34 members, and we are but a fourth of them.”

Constitutional measurementsLiz Schindzielorz, general counsel for the Senate Redistricting Committee, reported the compactness calculations for the congressional districts to the committee Friday.

Earlier this week, committee members asked Schindzielorz whether the software the Legislature is using to draw maps could calculate the contiguity of the maps based on tests articulated in court cases in which congressional maps were at issue.

Schindzielorz reported that the congressional map labeled Trump — Congressional Map 12 on the Senate Redistricting Committee’s website was the map with the lowest number using a perimeter test.

The perimeter test is a measurement of the perimeter of each proposed district, and the smaller a perimeter is, the better it meets the compactness requirement.

The Trump 12 map, despite its preferable perimeters, had one of the highest deviations from the ideal population for each congressional district.

An ideal population for West Virginia’s congressional districts this redistricting cycle is 896,858. The Trump 12 map has a 1.76% deviation from that number, with 881,049 people in one district and 912,667 in another.

On the flip side, the map with the worst perimeter, labeled Trump — Congressional Map 1 on the redistricting site, has the lowest population deviation, deviating 0% from the ideal population.

The districts also were measured using the Reock test, which is measured by determining the area of the smallest circle that could contain the whole district.

In that test, which is another acceptable measurement in congressional district court cases, the Trump 1 map, which had the worst perimeter score, was in a four-way tie for the most compact.

“It’s just interesting to me,” Trump said. “We have two different metrics or measurements for measuring compactness, and you have one map that scores best on one and worse or near worst on the other.”

Discussion among committee members has circled around how to measure compactness given West Virginia’s odd shape with its Eastern and Northern Panhandles.

The committee did not adopt any method of measuring compactness during the meeting Friday.

Trump said he’d had trouble finding any information about the maps before the early 20th century.

There were nine Senate districts written into West Virginia’s first state constitution in 1863, when the state didn’t have the Eastern Panhandle, Weld said. Lincoln, Mingo and Summers counties didn’t exist at the time, he said.

“It was a much different population,” Weld said.

The requirement for at least 12 Senate districts was written into the second West Virginia Constitution in 1872, Weld said.

“By this time we had a panhandle as well,” Weld said.

In 1882, West Virginia adopted 13 Senate districts covering its 54 counties. Mingo County would be established in 1895.

“We historically see some of the boundaries of the state have stayed the same, with my district being one of those,” Weld said. “A lot of others have switched around.”

Weld, who represents Senate District 1, said he found it interesting that his district has remained largely unchanged, only adding and losing part of Marshall County in the state’s 158-year history.

He noted that Marion County was grouped with Marshall and Wetzel counties early in West Virginia’s history but has been more closely associated with Monongalia County in recent district maps.

Kanawha County, early in the state’s history, tended to be in a district with Clay, Nicholas and Webster counties, but “then it kind of got away from that,” Weld said.

Trump’s research showed the boundaries of state Senate districts were drawn by county lines until 1977, when the state’s population had declined and was dispersed to the point that some counties were portioned in-part in some districts.

West Virginia currently has 17 Senate districts, each with two senators.

The next meeting of the House Redistricting Committee had not been announced as of Friday evening.

Both committees have proposed congressional maps posted to the West Virginia Legislature redistricting website. The House likewise has a proposed House district map, and the Senate has 10 proposed Senate district maps.

Members of the public can review the maps on the website and leave their own comments either by using the form on the website or by emailing joint.redistricting@wvlegislature.gov.