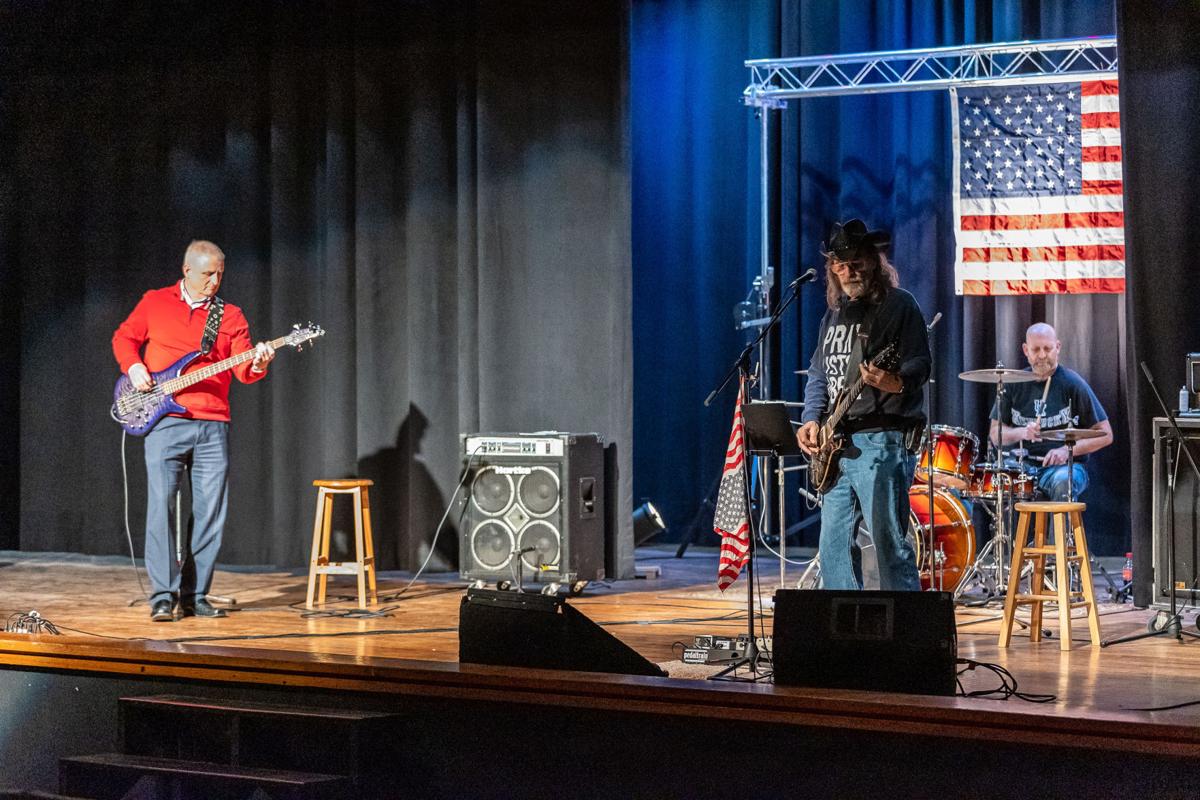 Sons of Thunder performs at the Rose G. Smith Theatre on the campus of the old Williamson High School on Thursday, April 1. 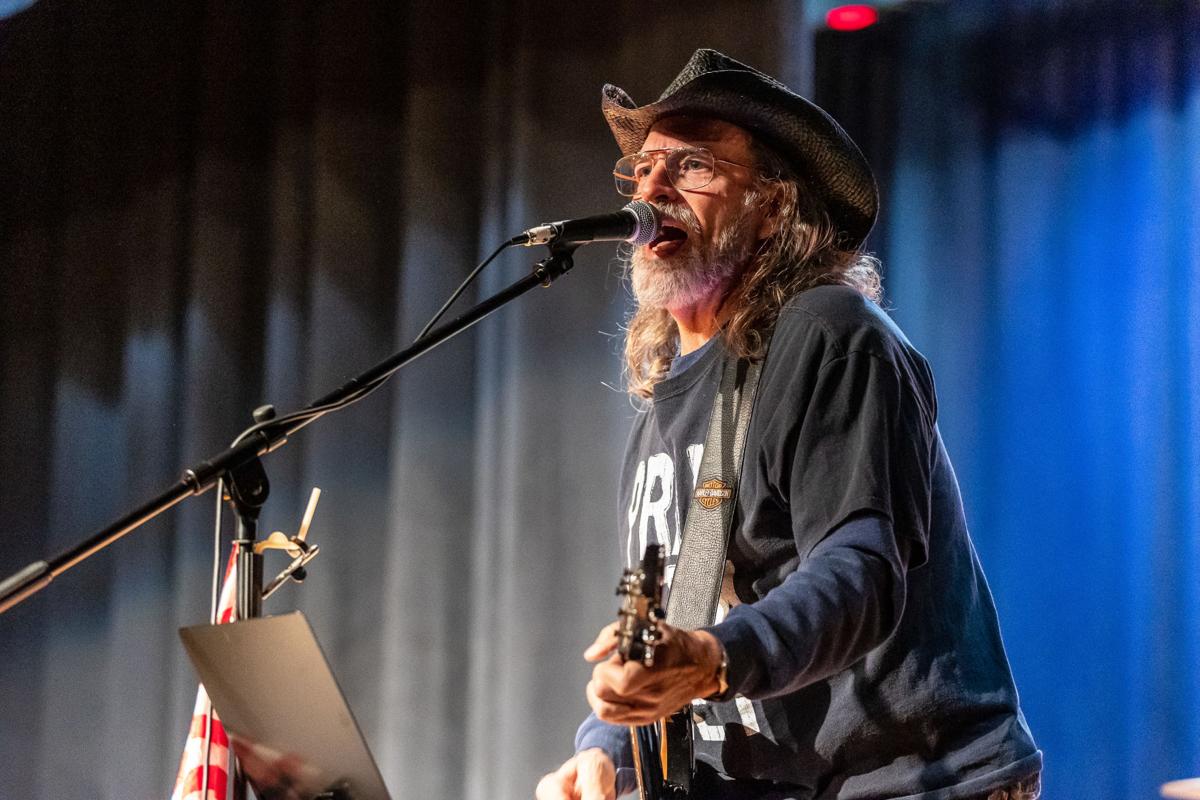 Joe Lycan performs with Sons of Thunder at the Rose G. Smith Theatre on Thursday, April 1.

Sons of Thunder performs at the Rose G. Smith Theatre on the campus of the old Williamson High School on Thursday, April 1.

Joe Lycan performs with Sons of Thunder at the Rose G. Smith Theatre on Thursday, April 1.

WILLIAMSON — Students from the New Beginnings Christian School in Williamson were treated to a concert Thursday by local Christian rock group Sons of Thunder.

The band — Charley McCoy, Mike Maynard and Joe Lycan — performed several of their original songs at the Rose G. Smith Theater on the campus of the old Williamson High School. Lycan, who owns the building and is the band’s lead guitarist and frontman, said the show promoted the startup of a music program at the old school.

“We need more students, we need more sponsors, and music is a wonderful tool of communication,” Lycan said. “You know, King David called those that were skilled on musical instruments and he glorified God, and the Psalms, 55 of the Psalms were written to the chief musician somewhere, and David sang those songs to glorify God and to get in his presence, and so this is what we’re doing with Sons of Thunder, my band.”

Lycan, who is a candidate for mayor in the upcoming City of Williamson municipal election, added that he is also preparing the Rose G. Smith Theater for a series of performances he calls Alderson Street Live, which will showcase local artists of several genres.

“We’ve got the Rose G. ready to start doing Alderson Street Live,” Lycan said. “We’re going to showcase a lot of good bands and have some people audition, and it’ll be clean bands only — Christian bands and bluegrass and country — and I’ve got some good Christian rappers, brothers of mine. We’re just working toward the revival that we’re going to do in the latter part of April, and that’s just to bring our community together.”

Sons of Thunder has been together 12 years, and the band has released three albums. To learn more, visit Sons of Thunder on Facebook or visit www.SonsofThunderRocks.com. More information about happenings at the theater can also be found on the Rose G. Smith Theatre Facebook page.