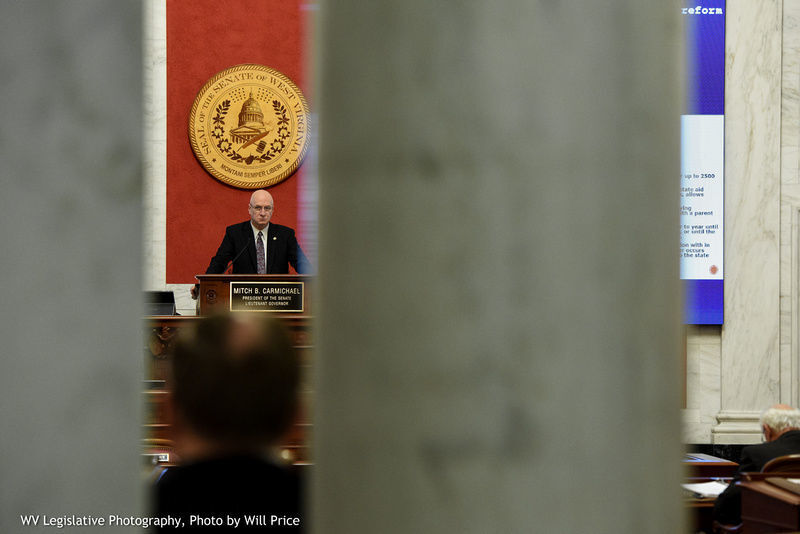 West Virginia Senate Finance Chairman Craig Blair, R-Berkeley, presides over a meeting in Senate chambers on Jan. 30, 2019. Blair said Friday he had enough support to become the next Senate president. Legislators will caucus next month to tentatively select legislative leaders, who then will have to be officially elected when the Legislature reconvenes in February. 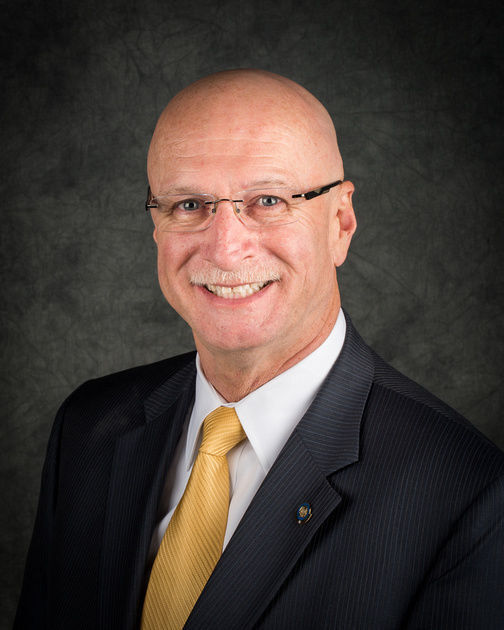 Senate Finance Chairman Craig Blair said Friday he is the likely next president of the state Senate.

Blair told MetroNews’ Hoppy Kercheval Friday he had unanimous support from both the Republican and Democratic caucuses to take the orderly helm of the state Senate in January.

The Republican from Berkeley County said he plans to keep Sen. Tom Takubo, R-Kanahwa, as majority leader, and name Sen. Eric Tarr, R-Putnam, to replace him as Finance Chairman.

When first elected as a Republican to the House of Delegates in 2002, Blair said he had no way to know the state would come to elect Republican supermajorities in both legislative chambers, let alone become a Senate President in-waiting.

“We’re still very early in the process of shaping [our priorities] up, but our goal will remain the same as it’s always been: To make West Virginia the best place to live, work, and raise a family,” Blair said in an email to the Gazette-Mail Friday. “One of the key elements to that is building our broadband infrastructure — especially in light of the ongoing pandemic — and I think you’ll see us focus on that pretty strongly this upcoming session.”

Takubo and Senate Education Chairwoman Patricia Rucker, R-Jefferson, had been mentioned, along with Blair, as potential successors to Carmichael. On Friday, Blair said he expects Takubo and Rucker to remain in their current leadership positions, saying they both were “amazing senators” and either of them could have easily done the job of Senate President.

Blair’s ascent to the President’s podium wasn’t entirely sealed up Friday, as the Democratic and Republican party caucuses will meet in early December to formalize their legislative leadership plans. The next Senate President will not be officially named until the Senate elects Carmichael’s replacement on the first day of the 2021 legislative session, Feb. 10.

Speaker Roger Hanshaw, R-Clay, said leaders in the House were excited to work with their colleagues, new and old, in the 2021 legislative session.

“Senator Blair’s long history of legislative service has certainly prepared him to step into Senate leadership,” Hanshaw said. “We look forward to a strong and productive working relationship if he is elected Senate President in January.”

Noted for his red-faced passion in the Senate, Blair said Friday he always feels better after he gets his feelings on certain issues off his chest, and he said he was ready to put his enthusiasm to work from the podium.

“I think the difference is that when I get fired up, people know it’s not just for show,” Blair said. “I’m a very passionate person when it comes to defending causes and beliefs that I know in my heart will make West Virginia better, and I’m not afraid to make that case strongly. Obviously, as President, I won’t have that same latitude to speak out as much, so people will know if I come off the podium to speak, I’m fired up.”

Berkeley County voters first sent Blair to the House of Delegates in 2002, where he served until 2011.

From 2015 to 2019, Blair served in the legislature alongside his daughter, Saira Blair, who, at 18 years old when she was elected to the House in 2014, was the youngest person ever to be elected to state or federal office in the United States.

“I’m a blue-collar guy who went to community college and became a master electrician, plumber and certified water specialist,” Blair said. “I started my own business from the ground up. I know what it’s like to have to meet a payroll and to have others depend on you to do your job. I think that’s something most West Virginians can really relate to.”

As peers rising through the Legislature, Blair earned the respect of Carmichael, who said he and Blair had worked together for almost 20 years in the House then in the Senate.

Carmichael appointed Blair as Finance Chairman in 2017, and he said he personally was glad to see Blair be selected as the next Senate President.

“He and I have been best friends for our entire legislative terms,” Carmichael said Friday. “While I did not win reelection, the agenda that we’ve been promoting these past several years clearly won. I couldn’t be more pleased to hand the gavel to my good friend, Craig Blair.”