Sign Up
Log In
Purchase a Subscription
You are the owner of this article.
Edit Article Add New Article
You have permission to edit this article.
Edit
Welcome, Guest
Home
News
Sports
Features
Photos
Opinion
Obituaries
Classifieds
Legals
e-Edition
1 of 9 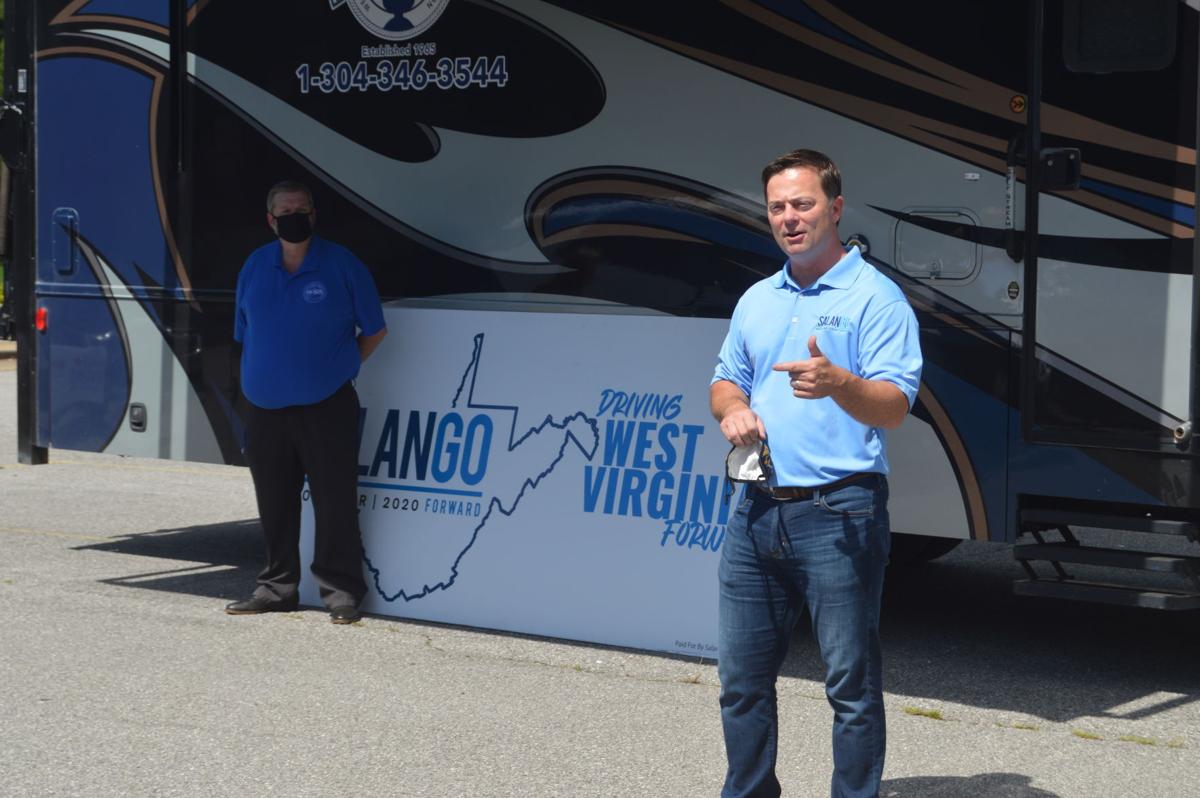 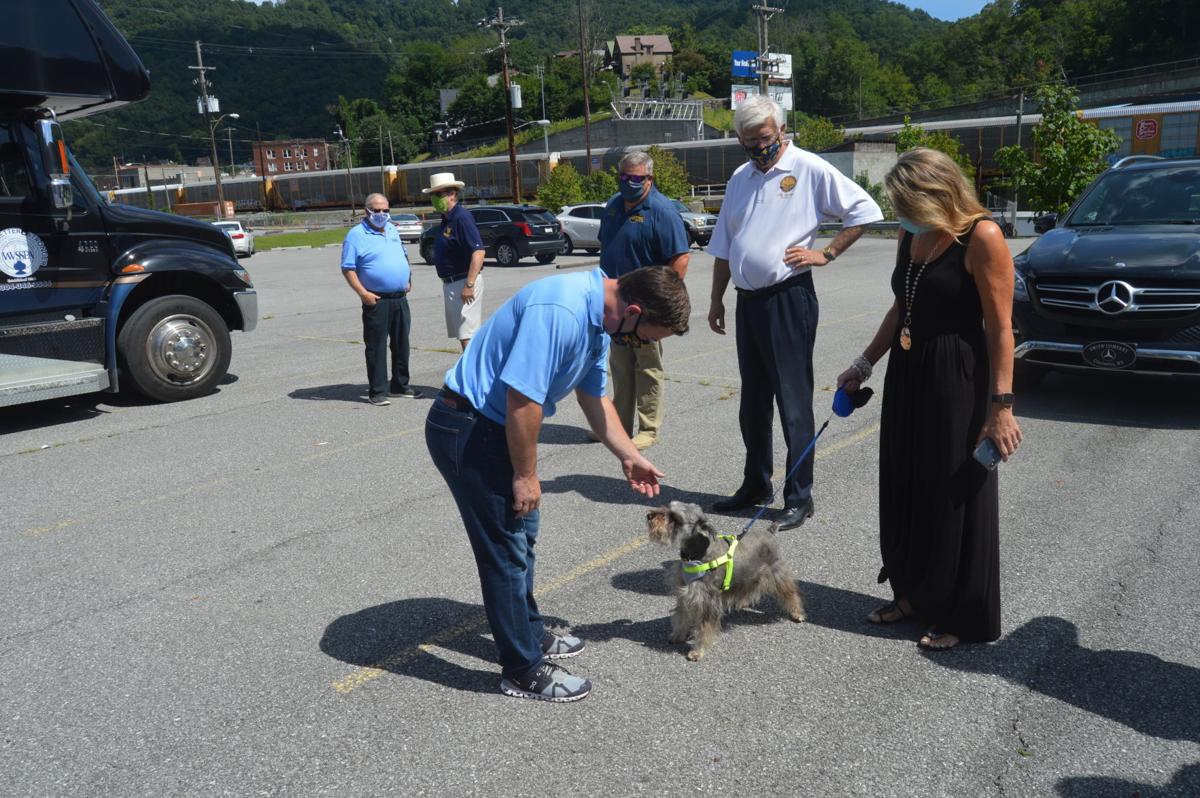 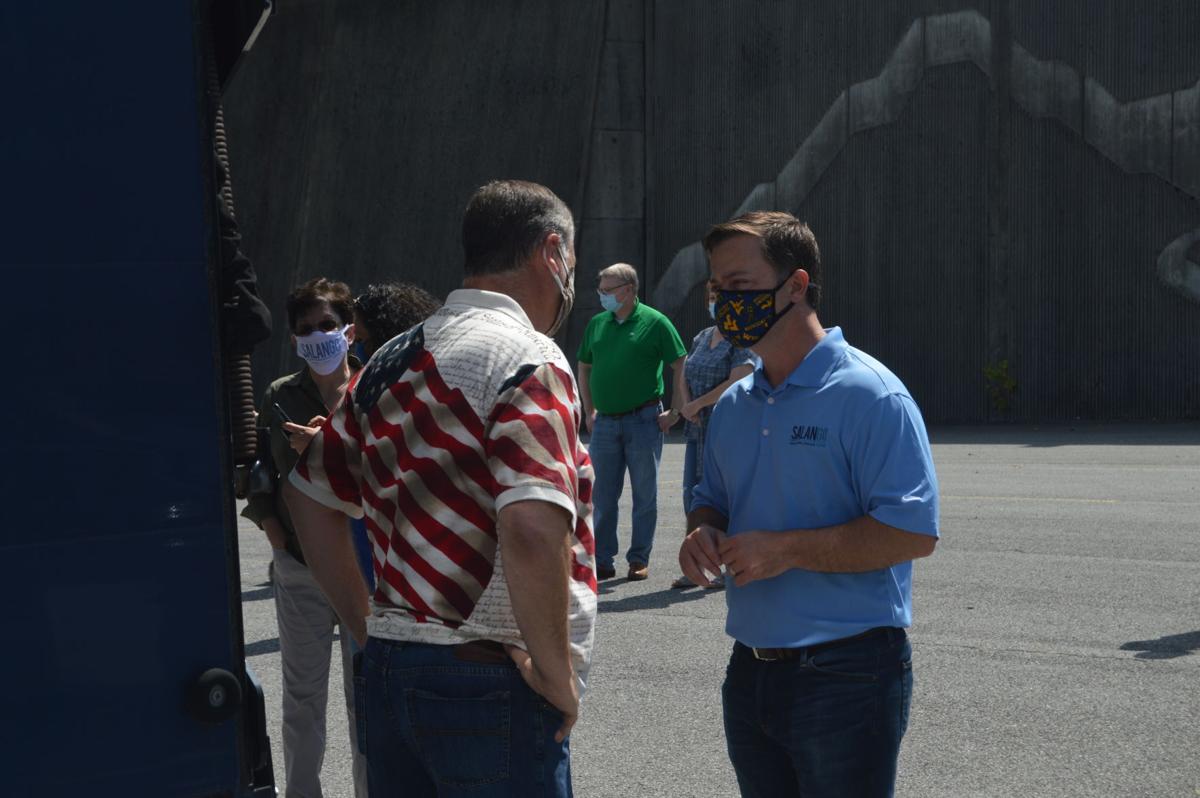 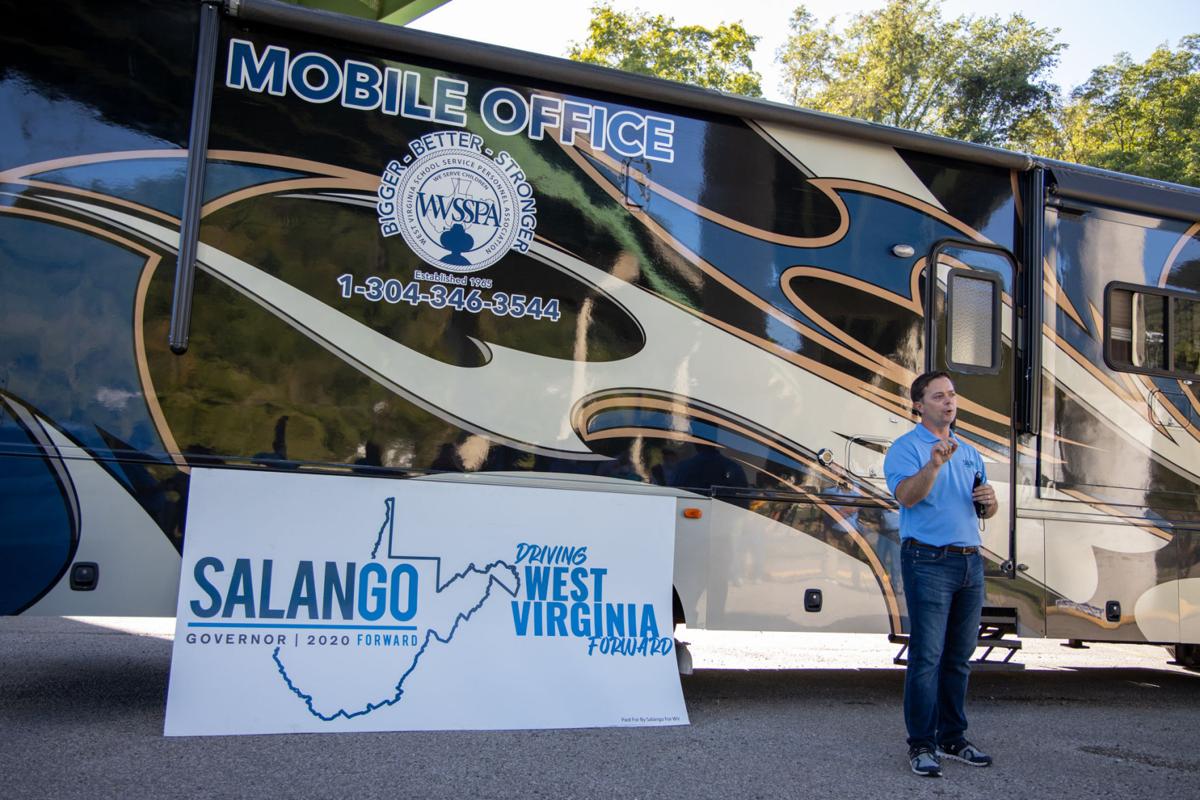 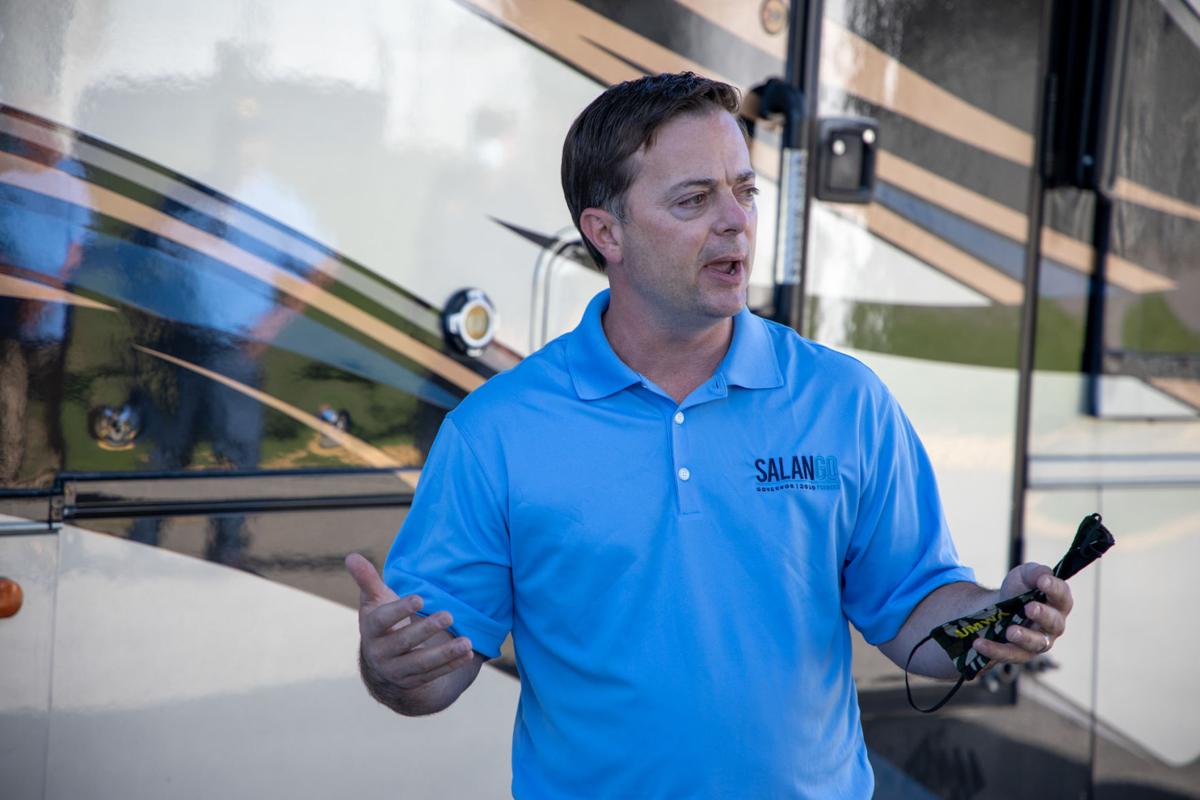 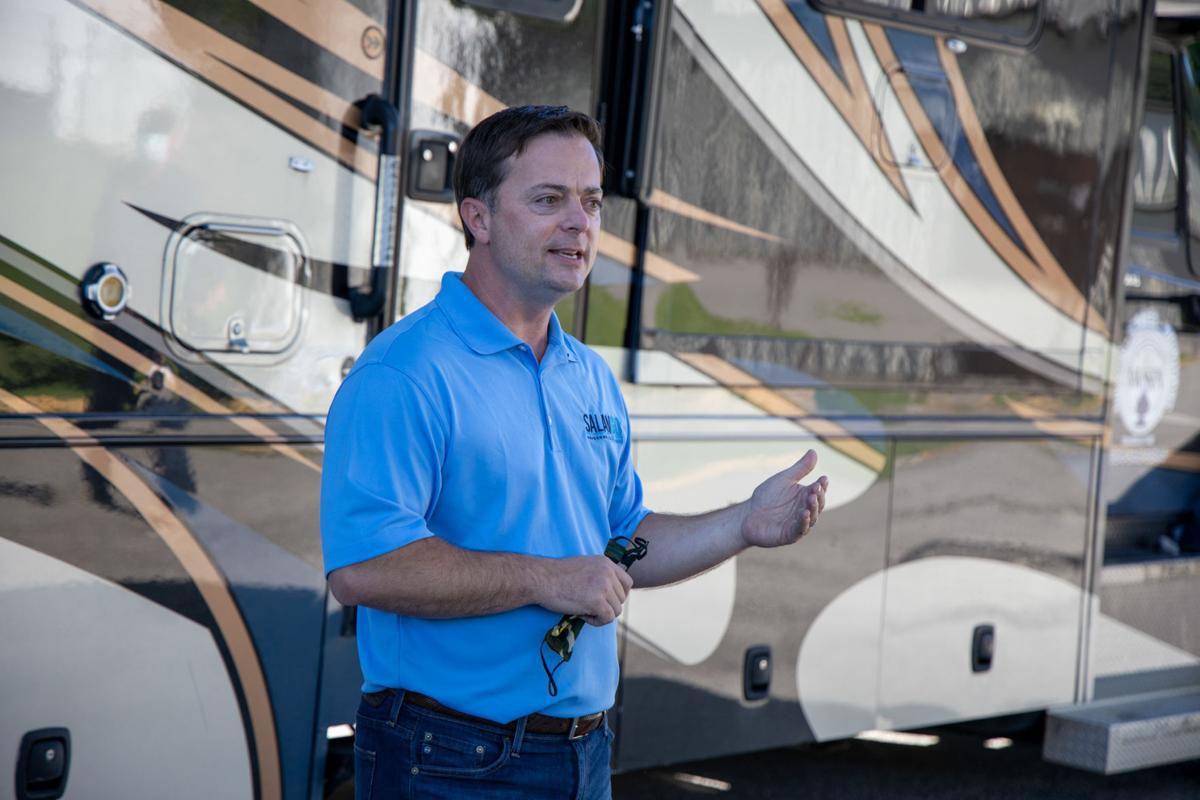 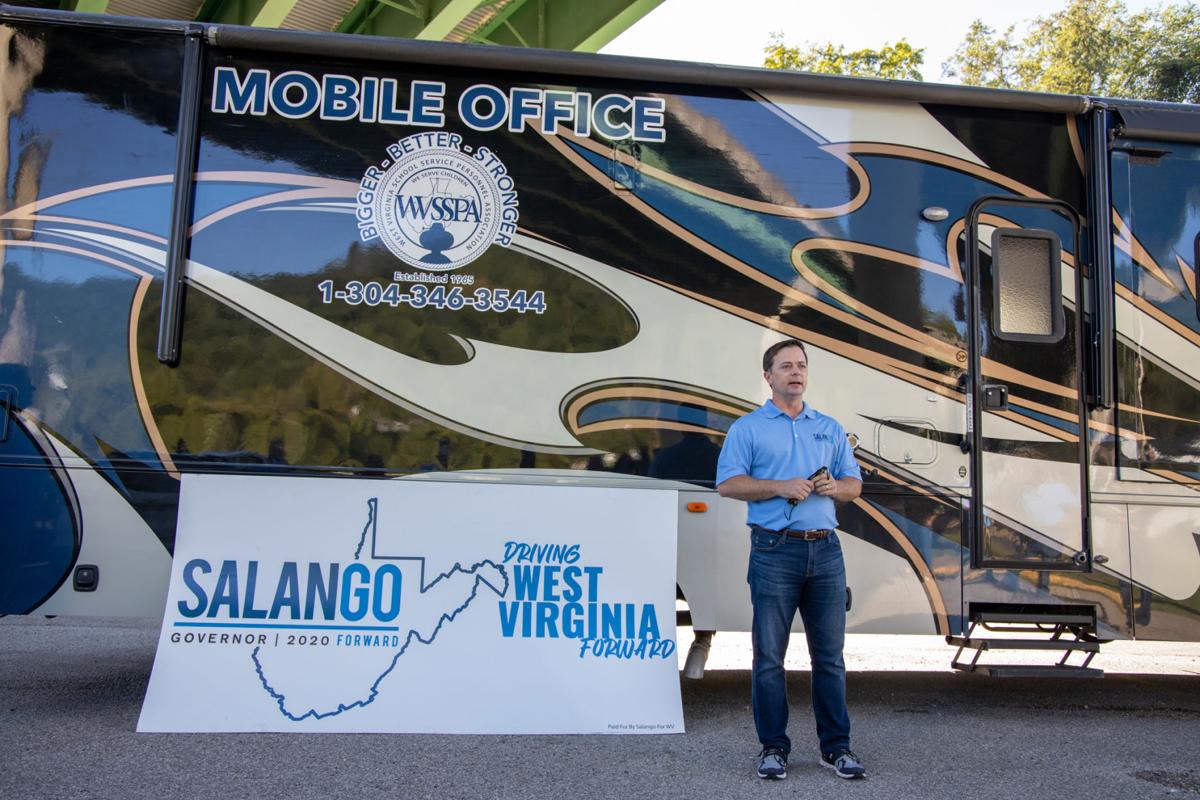 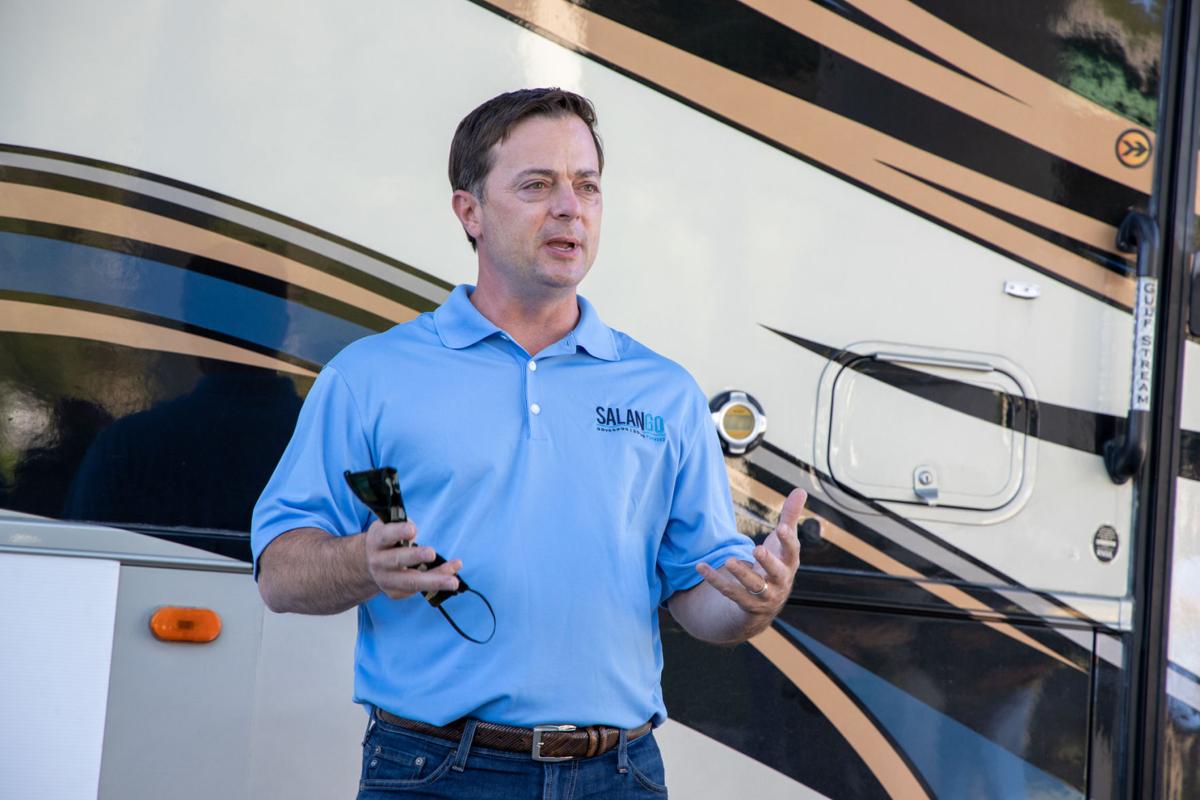 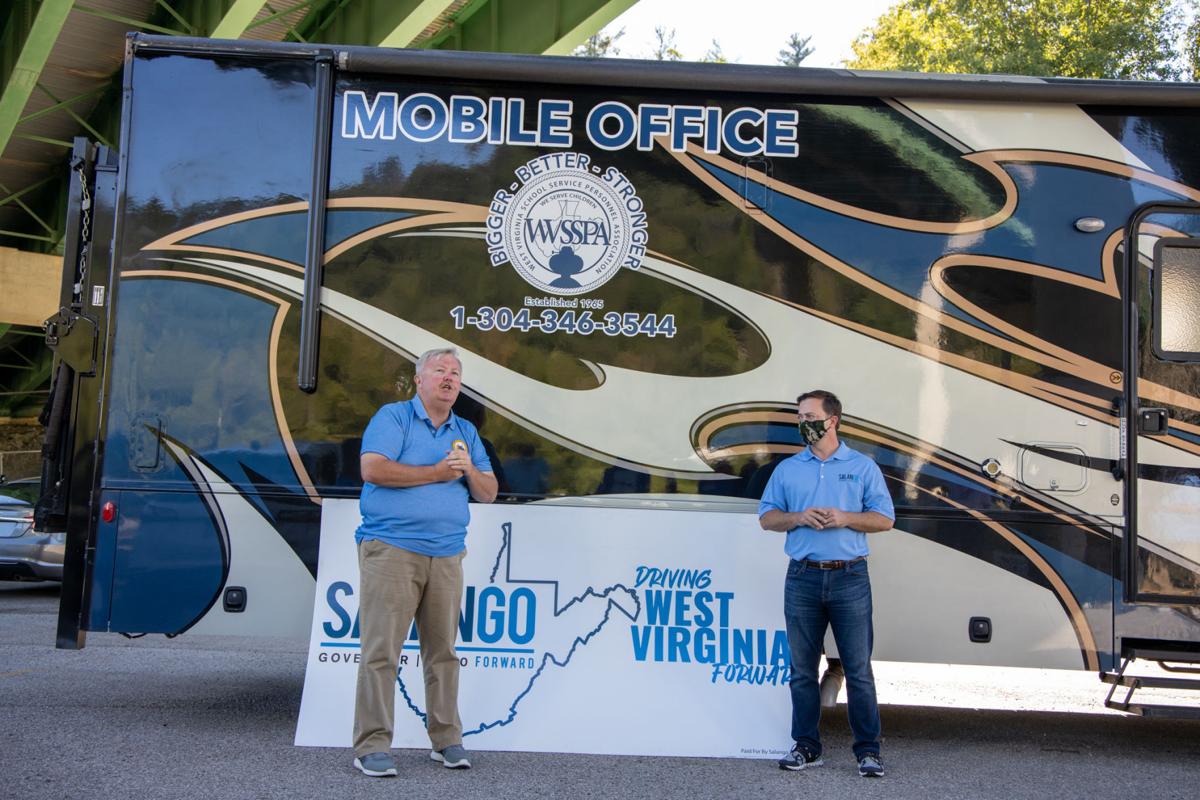 Ben Salango, the Democratic Party’s nominee for West Virginia governor, made several stops throughout the southern West Virginia coalfields over the weekend as part of a Labor Day campaign tour.

On Saturday, Salango made several stops in Mingo, Logan and Boone counties as part of a Labor Day weekend bus tour campaign. He was accompanied by union and labor representatives, local officials and other Democratic candidates, all while maintaining masks and social distancing guidelines.

Salango’s first stop was the United Mine Workers of America (UMWA) Local 1440 in Matewan, where he noted the 100th anniversary of the Matewan massacre and its importance in West Virginia labor history. From there, Salango visited Williamson, Logan and wrapped up with two campaign stops in Boone County — one at Lick Creek Park in Danville and one at the Hobet Mine site off U.S. 119 north of Danville.

“We wanted to focus on Labor Day weekend on southern West Virginia — go see our friends in Mingo, Boone and Logan,” Salango said. “You know, it’s been ignored over the last few years. We’ve got roads falling in, we’ve got bridges falling apart, and we need a governor who’s going to pay attention to southern West Virginia. We need a governor who’s actually going to make infrastructure a priority, education a priority — someone who is actually going to get things done.”

Each of the stops lasted 45 minutes or so. During the tour’s stop at Lick Creek Park in Danville, Salango was introduced by District 23 Delegate Rodney Miller (D-Boone), who lauded Salango as a champion of the state’s working class.

Salango spoke for about 10 minutes, where he painted Justice as a rich businessman born into wealth who is out of touch with the common West Virginian. He described his own upbringing from a single-wide mobile home in Raleigh County to graduating from the West Virginia University College of Law as a contrast to his opponent.

He also attacked Justice for lawsuits over taxes and accused the governor of using state money to improve his own properties — such as roads near the Greenbrier Resort — while other parts of the state crumble.

“Our governor is a billionaire and refuses to pay his bills,” Salango said. “Over 600 times, he’s been sued for not paying his bills. Now, I’m a lawyer. I’ve been practicing for 22 years. I haven’t been involved in 600 lawsuits. Our governor has more litigation experience than I do. We need a governor who understands what it’s like to work. We need a governor who understands that, sometimes, you have to make a choice between paying the rent, paying the mortgage, paying the utilities or paying for your prescriptions. He’s never had to deal with that.”

Salango outlined some of his policy proposals of investing in education, roads and broadband, saying that West Virginia needs brought into the 21st century. Salango also urged voters to elect other Democratic candidates down the ballot in West Virginia.

State Treasurer John Perdue reiterated many of Salango’s points while reflecting on his own upbringing in the Boone County community of Dog Fork.

The final speaker was former Secretary of State Natalie Tennant, who is running for her old job against incumbent Republican Mac Warner. Tennant also urged voters to vote Democrat.