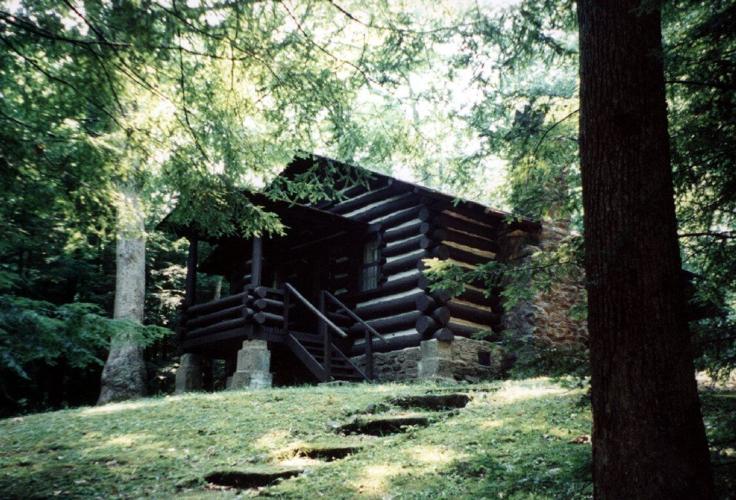 One of many cabins in Cabwaylingo State Park is shown. 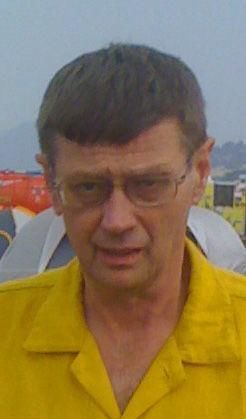 The worst economic collapse this nation had faced since its beginning gripped the United States as Franklin D. Roosevelt was sworn into office on a sunny, wind-swept Saturday in early March 1933. The Great Depression, which began with the stock market crash in October 1929, had shattered the prosperity most Americans had enjoyed during the decade of the 1920s.

Millions were unemployed as the nation faced this economic crisis. After asserting, “We have nothing to fear but fear itself,” Roosevelt went on to state, “Our primary task is to put people to work. This is no unsolvable problem if we face it wisely and courageously.” The next “Hundred Days” were unprecedented in terms of government action to address the stark economic realities the country was facing.

One program, which Roosevelt envisioned and patterned after a similar one he had established while governor of New York, was to put young, unemployed youths to work doing needed forestry projects.

Swiftly taking action, the president sent a message to Congress on March 23, urging the establishment of an Emergency Conservation Work Act, but the more popular “Civilian Conservation Corps” soon took hold. After passage of the law March 31, the first enrollee — Henry Rich — was signed on April 7 and the first camp, in the George Washington National Forest near Luray, Virginia, was officially occupied April 17, 1933. Even mobilization during World War I did not match the CCC effort! Within weeks, camps were being established throughout West Virginia.

In February 1935 in southern Wayne County, the West Virginia Conservation Commission (now the Division of Natural Resources), using a combination of mainly federal relief funds and some state monies, acquired the land that was to become a new state forest, but finding a suitable name was the first order of business. A contest was held and a local high school student submitted the winning entry — Cabwaylingo — by taking a portion of the names of the four surrounding counties that were to be served by the new facility: Cabell, Wayne, Lincoln and Mingo.

Camp life was regimented in a quasi-military fashion with the Army being in charge of the actual camps, while conservation agencies were in charge of the work to be performed. Enrollees lived in 50-person barracks surrounding a mess hall, recreation building, officer’s quarters, latrines and maintenance shops. One got up in the morning at reveille, stood at attention for flag raising and then marched off to breakfast. Project work began around 8 a.m. when the enrollees were turned over to state forestry personnel, who, in turn, had to have them back in time for dinner.

Afterward, enrollees could relax, play cards or pool, enjoy music, utilize the camp library or attend classes — there was an educational adviser and boys were given various kinds of schooling and vocational training — until retreat and lights out.

There were recreational opportunities, too. Every Friday night there would be a square or round dance, and some camps even had their own CCC orchestras. Army trucks were dispatched to surrounding communities to pick up girls and bring them back to the dance. Other times the boys would be loaded up and driven to local towns such as Kermit or Louisa, Kentucky, to the movies. In those days, shows cost about 25 cents. Most were paid $30 a month. They were allowed to keep $5 for their own use, but were required to send the remainder home to support their needy families.

With housing and meals provided, most enrollees found this amount sufficient to meet their needs.

The Army also provided two uniforms: a denim work uniform and a formal uniform. Many CCC enrollees would later fondly recall that the dress uniform was “real nice” and attracted the attention of the local girls. The camp’s mess served three hot meals a day. Since enrollees came from poor, destitute families, they arrived undernourished and underweight and these meals were a godsend. Most boys gained from 8 to 13 pounds during their first month in camp despite the hard work.

And hard work it was! Under the close eye of what were referred to as L.E.M.s (Local Experience Men) and Conservation Commission foresters, enrollees performed a variety of work, learning lifelong skills along the way. Some of the many projects completed included timber stand improvement, game refuge development, fighting forest fires and development of forest fire protection infrastructure consisting of fire roads and trails, telephone lines and Tick Ridge Fire Tower and observer’s cabin.

Remarkably, the tower had the same fire tower observer — Joe Brewer — for the next 30-some years!

Development of recreational and related facilities was an integral part of their work also. The forest contains some of the finest and most easy-to-work cutting stone imaginable, and CCC crews used stone to the fullest extent possible. The current superintendent’s residence, constructed largely of this stone, is a true work of art and is one of the most attractive buildings in the entire state park and forest system. CCC crews also made liberal use of stone in building picnic shelters, cabins, flagstone walkways, retaining walls and other applications. One shelter in particular, along the road leading to Tick Ridge, has an unmistakable and unusual motif. Crews constructed a total of 13 log and stone cabins that are still in use today.

Looming war clouds, however, led to the termination of the program June 30, 1942, but not before the CCC could leave a lasting legacy on the Cabwaylingo and other state and national forests and parks throughout the country.

Robert Beanblossom, a member of the Society of American Foresters, retired after a 42-year career with the West Virginia Division of Natural Resources and moved to western North Carolina as the volunteer caretaker for the U.S. Forest Service at the Cradle of Forestry in America.

Do you agree with Marshall University and West Virginia University’s decision to relax COVID-19 protocols?