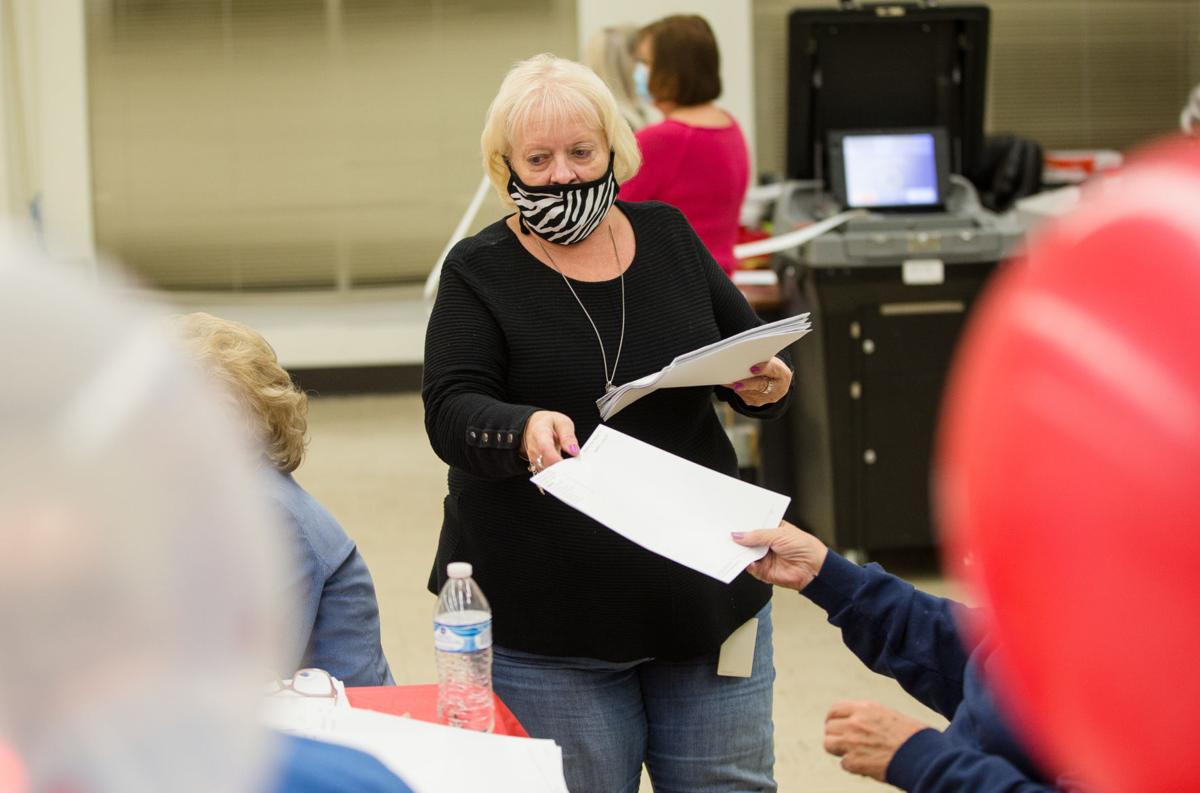 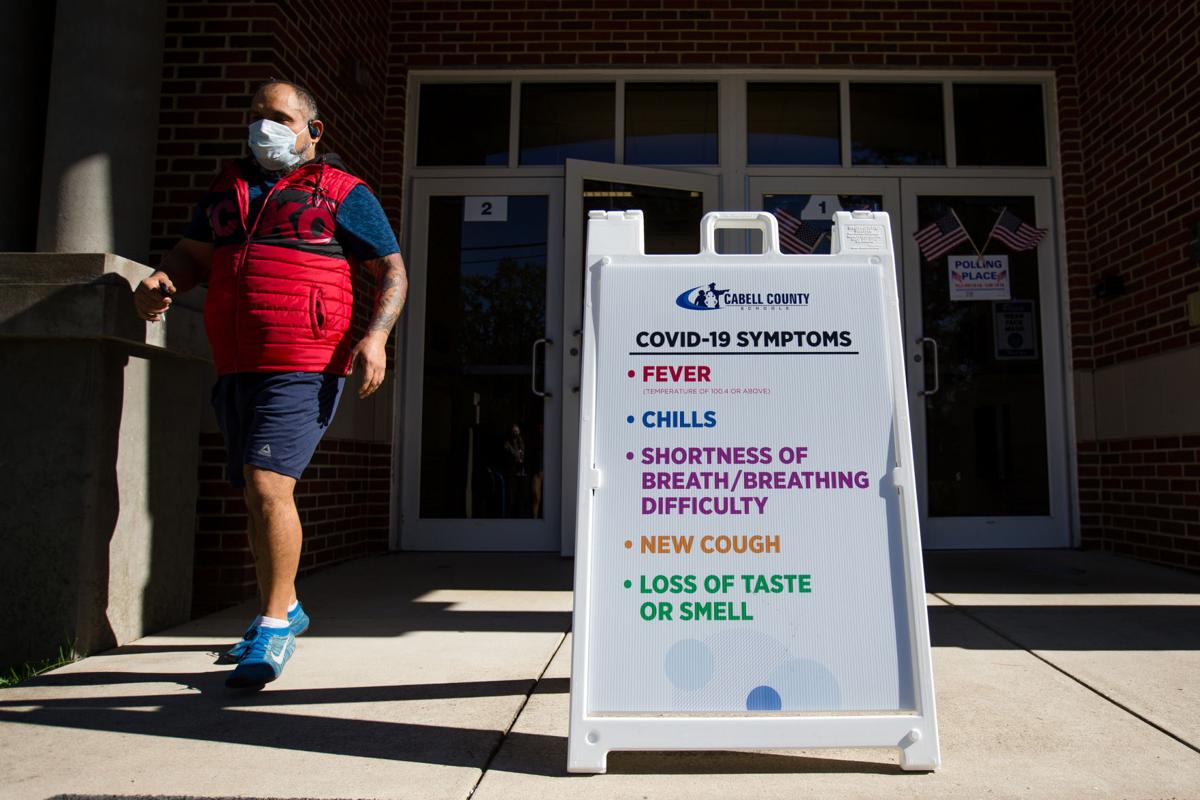 A voter passes a sign warning of COVID-19 symptoms after exiting a polling place located at Southside Elementary on Election Day on Tuesday, Nov. 3, 2020, in Huntington. 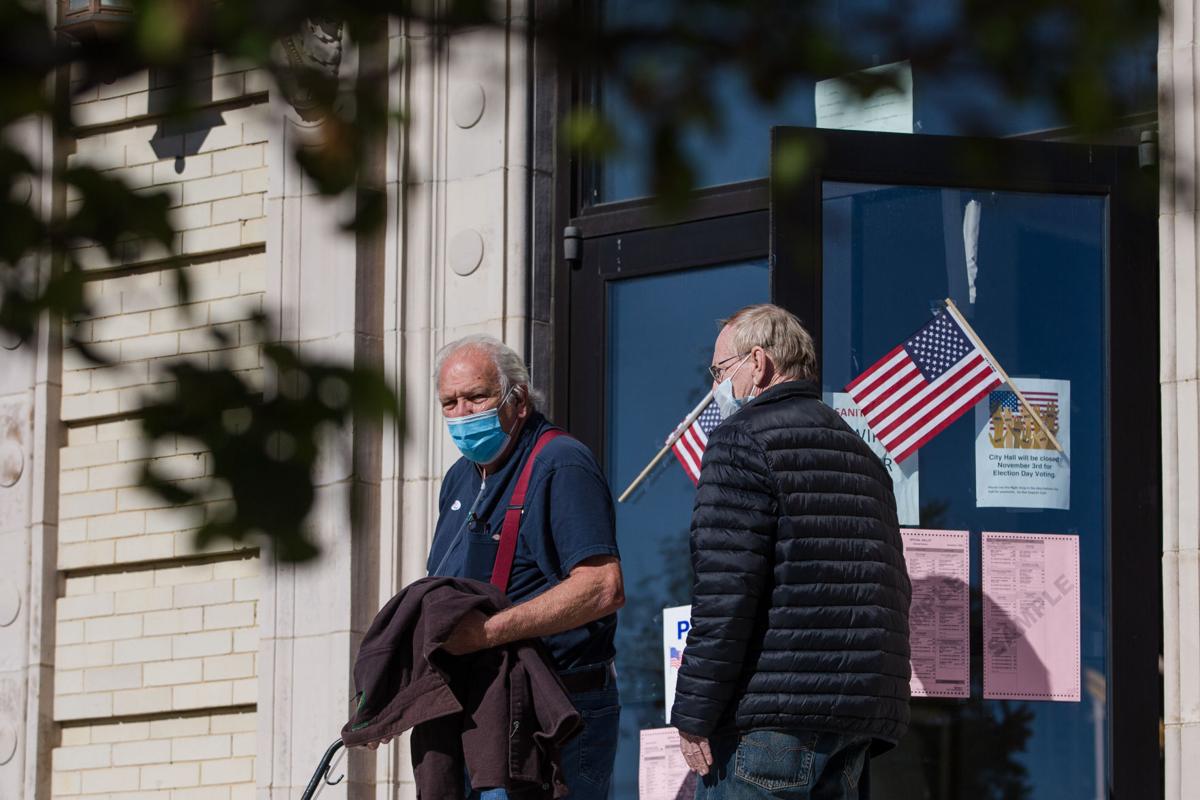 Voters exit a polling place located in Huntington City Hall after casting their ballots on Tuesday, Nov. 3, 2020, in Huntington. 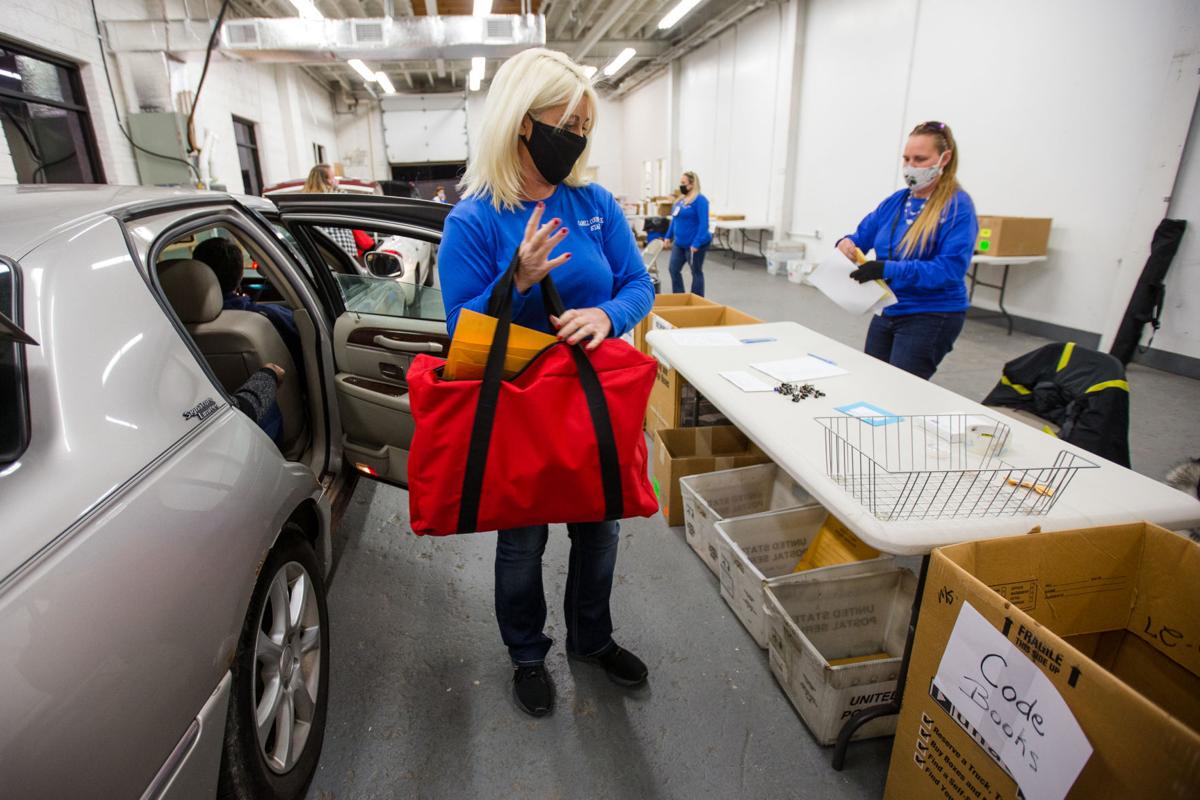 A voter passes a sign warning of COVID-19 symptoms after exiting a polling place located at Southside Elementary on Election Day on Tuesday, Nov. 3, 2020, in Huntington.

Voters exit a polling place located in Huntington City Hall after casting their ballots on Tuesday, Nov. 3, 2020, in Huntington.

CHARLESTON — Within one election cycle, Mountain State voters have turned the West Virginia Legislature from a Republican majority branch of government to a supermajority branch.

With the unofficial results of the 2020 general election, Republicans in the House of Delegates and the Senate have at least a two-thirds majority, which gives lawmakers in that party the ability to procedurally advance or stop any bill or other measure without any support from Democrats.

Leading into Tuesday, Republicans held a majority in the Senate by a margin of 20-14.

It takes 23 senators to reach a two-thirds vote in the Senate.

Two of the flipped seats, District 7 and District 17, were seats previously occupied by Democrats who decided not to seek re-election this year, Paul Hardesty of Logan County and Corey Palumbo of Kanawha County.

In District 7, Republican Rupie Phillips, who served one term in the House of Delegates, was leading Democrat Del. Ralph Rodigherio, of Logan County, who served three terms in the House, by 4,519 votes.

Republicans will likely hold 76 of the 100 seats in the House if current election results hold. That’s an 18-seat pickup for House Republicans, the largest net gain for Republicans since the GOP gained control of the House of Delegates in 2014.

Del. Moore Capito, R-Kanawha, is the chairman of the West Virginia Republican Legislative Committee. He said by phone the day after the election that Republicans felt confident they were in for a good night, but did not anticipate an avalanche.

“I don’t think any (race results) alone surprised me, but I would be lying if I said that I saw all of them going our way,” Capito said. “We were really battling in a lot of these tough districts.”

Capito said it was an across-the-board effort by Republicans this election cycle that pushed the number of seat flips that high.

“We had a goal to get a supermajority and get as many seats as we could, and my goodness did we ever do that last night. Hard work paid off,” he said. “Sam Ollis, our (committee’s) executive director, worked tirelessly.”