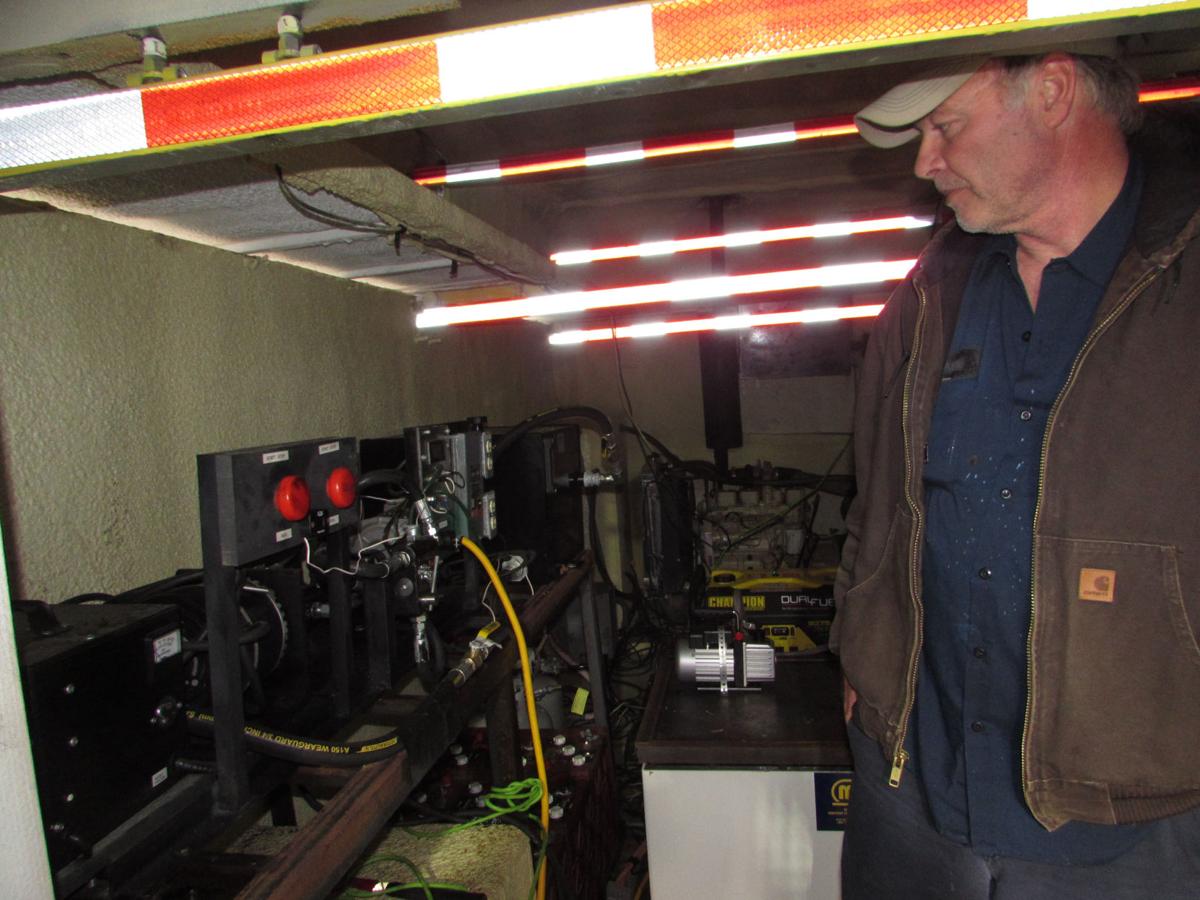 Daniel Hicks, of Red Jacket, W.Va., explains the process of capturing hydrogen gas to generate electricity. The power can be used on a truck to launch during emergencies, he said. Travis Crum/Williamson Daily News 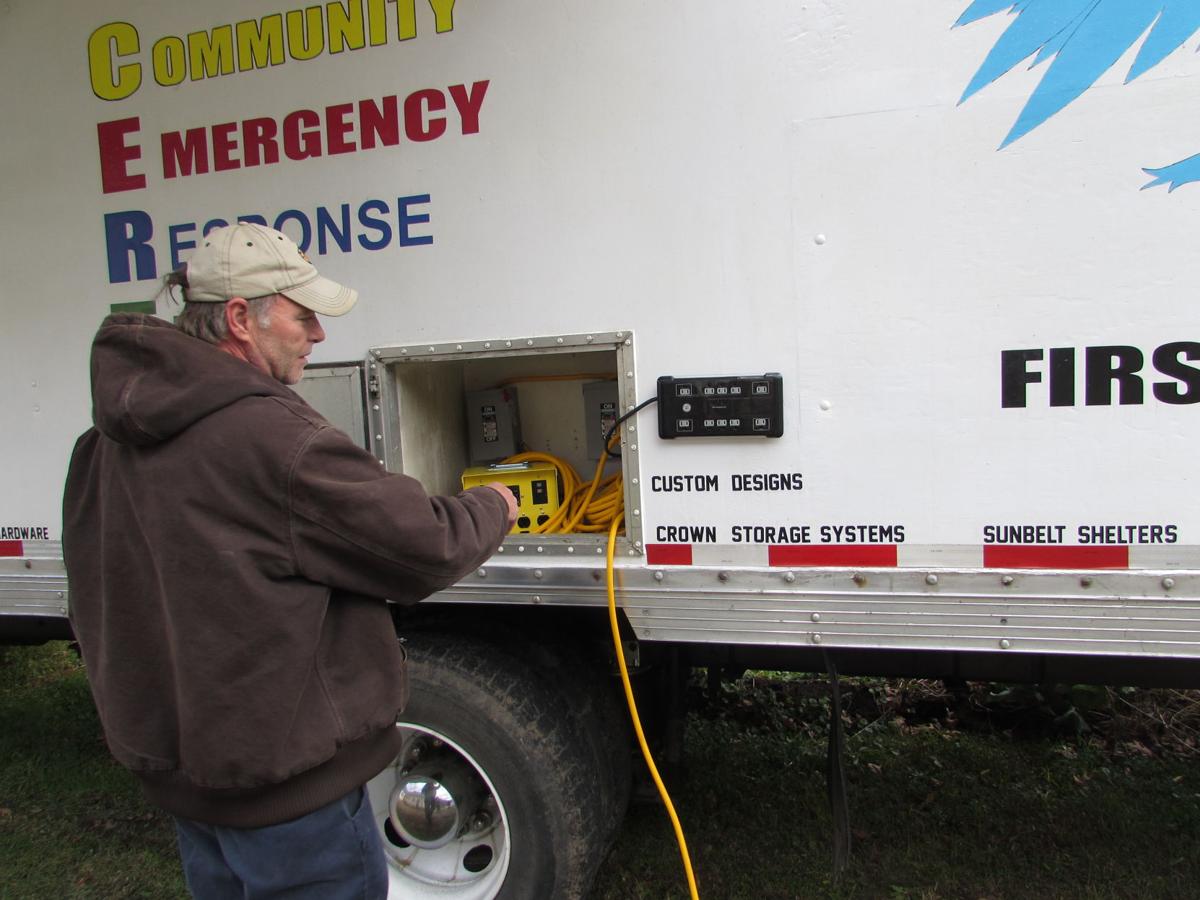 Daniel Hicks, of Red Jacket, W.Va., shows off a truck he invented that can generate electricity and sustain itself with renewable energy. Travis Crum/Williamson Daily News

Daniel Hicks, of Red Jacket, W.Va., explains the process of capturing hydrogen gas to generate electricity. The power can be used on a truck to launch during emergencies, he said. Travis Crum/Williamson Daily News

Daniel Hicks, of Red Jacket, W.Va., shows off a truck he invented that can generate electricity and sustain itself with renewable energy. Travis Crum/Williamson Daily News

RED JACKET, W.Va. - Has a Red Jacket man invented the next revolution in renewable energy?

Daniel Hicks, of Green Line Energy LLC, believes so with a truck that generates steady electricity for days without needing recharging. The truck could be used after weather emergencies to provide power to disaster areas or just provide electricity to a city's outdoor music festival.

Hicks also has influential supporters who've shown interest in investing in the truck, he said, they are intrigued by how it self-sustains with solar power, wind turbines and a system to capture hydrogen gas.

He said his intention is to find investors to manufacture the trucks in West Virginia. So far he's got the support of Gen. Allen Tackett, former leader of the West Virginia Army National Guard, and has met with representatives from Tesla, the company founded by billionaire Elon Musk.

Tackett showed his support for the truck at the Robert C. Byrd Makes Festival at Marshall University, which was used to power the entire event.

The goal remains to keep operating in Mingo County, he said, instead of areas where the renewable energy market has flourished.

"This would be good for our community, but if we have to go out west, the opportunity is gone," he said.

The truck, dubbed the Community Emergency Response Team, uses several mechanisms to maintain power. It gets a charge from wind turbines while driving and a energy collection from solar panels on its roof.

However, the real power comes from Hick's innovation of collecting and storing hydrogen gas. The gas is emitted from the charging batteries and that powers a hydrogen generator, he explained. After at least three charging cycles, he said, the truck can power up to 480 volts.

It's designed to be emergency-ready and each truck can pack food and other supplies. On the outside of the truck are charging stations for cell phones, he said.

Hick's vision is to manufacture several trucks for use around the world. He wants to prevent another crisis like in Puerto Rico, which saw its power grids destroyed by several hurricanes in 2017. Hick's trucks can be scaled to any size needed and can deploy in four minutes, he said.

Hicks said he wants to use the skills of laid off coal miners to bring a new kind of industry to the area and make Mingo County a leader in renewable energy within the state.

The generator maintained enough power to run a "mom and pop" electrical company at about 90 percent, Hicks said.

"This is only the beginning," he said.