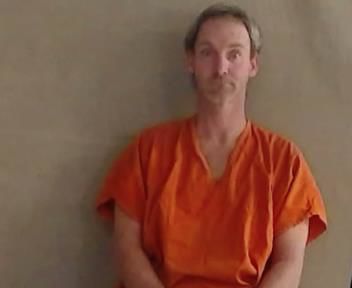 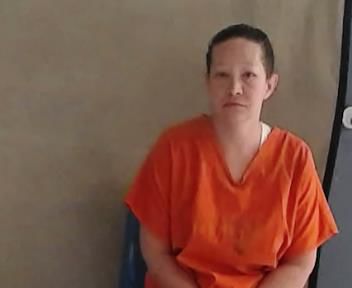 According to the complaint, a trooper with the WVSP was assisting CPS with a welfare check of an 11-year-old child at the residence of the defendants.

Upon approaching the door, the investigating officer found it hard to breathe due to the extreme odor of what he “believed to be fecal matter and ammonia.”

The trooper made contact with one of the defendants, Leeli Farley, and upon opening the door one of the CPS workers became ill resulting in a dry heave due to the odor.

Inside the residence, police allegedly discovered multiple dogs and cats in the kitchen area of the trailer and “large quantities of what appeared to be fecal matter on the entire floor of the residence.”

The child was found lying in the living room floor that was covered in fecal matter and was also using a soiled pillow to cover himself, according to the report. He also allegedly appeared to have open sores.

After a walk through of the home, police allegedly discovered “unsafe living conditions including unsafe and exposed heating elements, large amounts of what appeared to be animal and human fecal matter, insufficient food and insufficient bedding.” There was also feces in the area where the child would sleep.

The kitchen, including food preparation areas, also showed feces. After leaving the residence, the officer and the CPS workers found their shoes were covered in fecal matter, according to police.

Police eventually made contact with the father, Wallace Farley Jr., and he and the mother both admitted that they were responsible for the conditions of the home and were aware it was inappropriate.

They were both taken into custody by the WVSP, and the child was taken by CPS. Both defendants were arraigned by Mingo County Magistrate Dave Justice and were sent to the Southwestern Regional Jail in lieu of a $5,000 bail.

If convicted, they could each face up to five years in prison and up to $3,000 in fines. Sgt. C.S. Maynard was the investigating officer.

LARCENY: Dwayne Davis, 48, of Forest Hills, Kentucky, was arrested Nov. 9 and charged with larceny and destruction of property by the MCSD stemming from an incident in November 2013 when he allegedly stole a two-door Ford Escort from a residence in Mingo County without permission and then wrecked the vehicle in Kentucky.

FALSELY REPORTING: Brianna Blankenship, 24, of Delbarton was arrested Nov. 13 and charged with 12 counts of falsely reporting an emergency incident by the MCSD after she allegedly called Mingo County 911 12 times on Nov. 9 and falsely reported criminal activity. She was previously charged and arrested on the same offense less than two weeks prior on Oct. 29 when she allegedly called Mingo County 911 to report bodies under her parents’ trailer. The defendant allegedly called law enforcement more than 10 times over the matter. Law enforcement investigated the claims and cleared the case.

DOMESTIC BATTERY: James William Crabtree, 21, of South Williamson, Kentucky, was arrested Nov. 9 by the WPD and charged with domestic battery stemming from an incident in July when he allegedly punched his ex-girlfriend in the face multiple times after he saw her walking with her new boyfriend. The victim received medical treatment at Williamson Memorial Hospital.

DUI: Bradley Allen Newsome, 49, of Lenore was arrested Nov. 9 and charged with DUI and possession of marijuana by the WPD.

BATTERY: Fed Lee Blevins, 38, of Belfry, Kentucky, was arrested Nov. 10 by the WPD and charged with domestic battery third offense and trespassing.

LARCENY: Jerry Lee Baker, Jr., 47 of Delbarton was arrested Nov. 13 and charged with petit larceny by the MCSD after he allegedly stole a security camera from a residence on Daystar Road in Mingo County.

OBSTRUCTING: Billy R. Prince, 25, of Kermit was arrested Nov. 8 and charged with obstructing and battery on an officer by the MCSD.

DOMESTIC BATTERY: Marvin Ray Greathouse, 56, of South Williamson, Kentucky, was arrested Nov. 11 and charged with domestic battery, obstructing and fleeing by the WPD.

DUI: Virgie E. Blevins, 33, of Warfield, Kentucky, was arrested Nov. 9 and charged with DUI, no proof of insurance and defective equipment by the WPD.