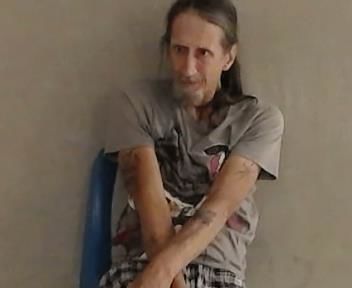 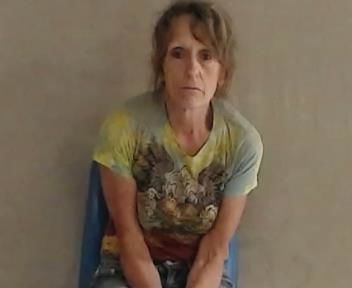 BELO — A brother and sister were recently arrested after they were found with more than seven grams of methamphetamine during a traffic stop by the Williamson Detachment of the West Virginia State Police.

John Preston Dillon, 58, of Dingess and Janice Elaine Copley, 56, of Stollings were arrested Oct. 7 and charged with possession with intent to deliver, having an open container and conspiracy, according to a criminal complaint filed in Mingo County Magistrate Court.

According to the complaint, troopers were patrolling Ruth Trace Hollow in the Belo area when they saw a vehicle facing southbound in the northbound travel lane.

Officers initiated a traffic stop and observed four occupants in the vehicle, including Dillon and Copley, both of whom were holding an open alcoholic beverage.

During a search of the vehicle, the troopers uncovered a combined total of 7.3 grams of a crystalline rock like substance believed to be meth on both defendants, according to the complaint. They also confiscated $151 cash from Copley.

Both defendants were arraigned in Mingo County Magistrate Court by Magistrate Dave Justice and are currently being held in the Southwestern Regional Jail in lieu of a $15,000 bail.

SOLICITATION: William K. Stacy, 73, of Hardy was arrested Oct. 5 and charged with solicitation of a prostitute after he allegedly offered $50 to an individual in exchange for intercourse, according to the criminal complaint. The Williamson Police Department and the Mingo County Sheriff’s Department were conducting a joint task force operation when Stacy approached an individual cooperating with law enforcement. Sgt. J.L. Marcum along with patrolmen M.E. Tiller and A.T. Layne from the WPD as well as deputies B. Sipple and J.T. McCown from the MCSD were the arresting officers.

DOMESTIC BATTERY: Jerry Fields, 31, of Williamson was arrested Oct. 7 and charged with domestic battery by the WVSP. He was also served with a warrant for brandishing a deadly weapon and a separate domestic battery charge from an incident the day prior when he allegedly pulled a gun on his wife and threatened to kill her, according to the complaint. He also had a prior conviction for domestic assault on March 25, 2009.

STRANGULATION: Paul Wesley Browning, 45, of Wharncliffe was arrested Oct. 8 and charged with strangulation, domestic assault and domestic battery by the WVSP. Browning allegedly forced his way into the residence of his daughter on Sept. 25 and began hitting her. He proceeded to choke her hard enough to leave a visible bruise, according to the complaint. He also had a prior conviction for domestic assault on Oct. 10, 2018.

BURGLARY, CONSPIRACY: Marvin L. Vance, 42, and Renea Tessa Perry, 43, both of Breeden were arrested Oct. 10 and charged with burglary, conspiracy, and petit larceny by the WVSP. The two allegedly broke into a home in Breeden on Sept. 11 and stole a 30 inch flat screen t.v., a cell phone, a carton of USA cigarettes, laundry detergent, and a case of Pepsi according to the complaint. The total dollar amount of items taken were approximately $427.

DOMESTIC ASSAULT: Gregory Ray Brown, 31, of Hatfield, Kentucky was arrested Oct. 13 and charged with domestic battery and assault by the MCSD. He was also served with an arrest warrant for another domestic assault charge stemming from an incident on Feb. 27.

PUBLIC INTOXICATION, OBSTRUCTING: Brent Anderson, 33, of Williamson was arrested on Oct. 12 and charged with public intoxication, obstructing, assault on law enforcement, trespassing, and disorderly conduct by the WPD. He was also served with a warrant for domestic assault from an incident on Oct. 9.

DOMESTIC ASSAULT: Ezra Blankenship, 51, of Gilbert and Savannah Hall, 34, of Williamson was arrested Oct. 7 and charged with domestic assault, domestic battery, and disorderly conduct by the WVSP after they got into an altercation outside of the Rt. 52 Beauty Salon in Justice.

DOMESCTIC ASSAULT: Dwight Warren 43, of Williamson was arrested Oct. 17 and charged with domestic assault, domestic battery, strangulation, and destruction of property stemming from an incident on Newtown on Aug. 21.

TRESPASSING: Chester Lester, 30, of Baisden was arrested Oct. 10 and charged with trespassing and breaking and entering by the MCSD.

BURGLARY: Kyle Evans, 32, of Gilbert and Tiffany White, 42, of Big Creek was arrested Oct. 9 and charged with burglary by the Gilbert Police Department.