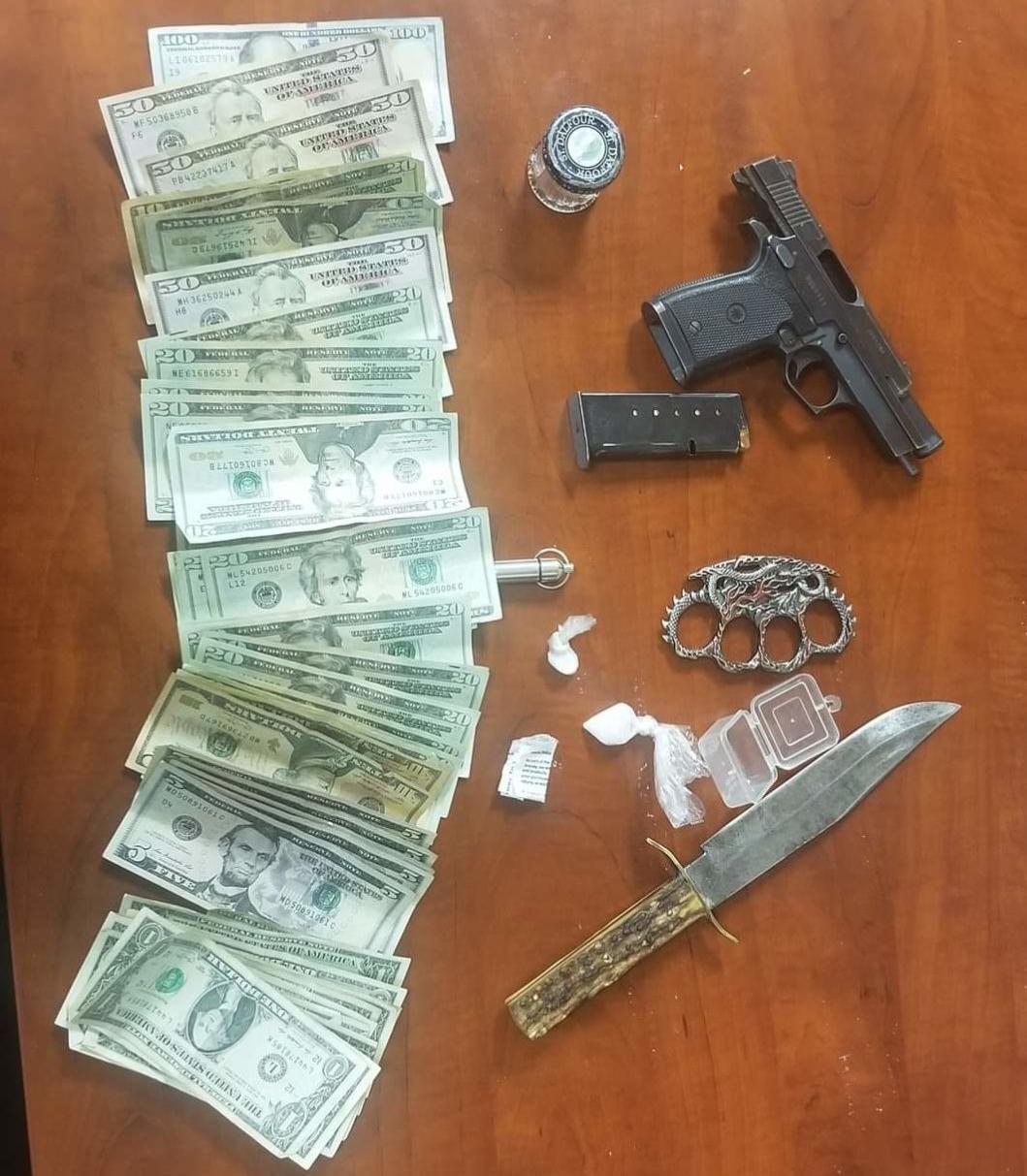 This image shows a drugs, a firearm and cash recently confiscated by the Mingo County Sheriff’s Department. 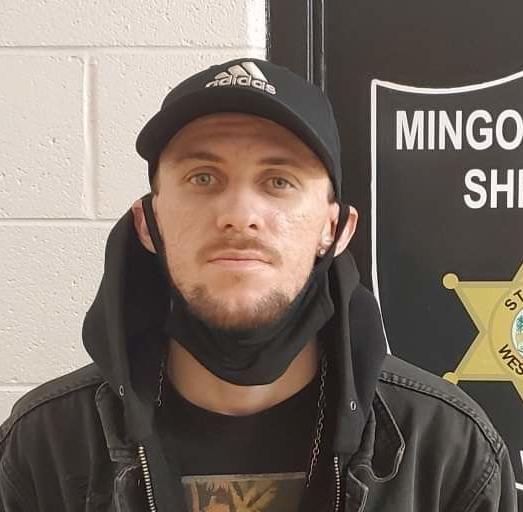 WILLIAMSON — A man was arrested at the Marathon gas station in Williamson last week on drug charges.

According to the complaint, officers received a tip that Blevins, who had an active warrant, was on the premises.

Upon searching Blevins, officers found a white plastic container containing two plastic bags with meth and a piece of paper containing a small amount of heroin, according to police.

According to the report, the methamphetamine weighed out to be five grams while the heroin weighed 0.3 grams.

Blevins was also found in possession of a loaded .45 caliber pistol, a set of brass knuckles wrapped in a bandana and $737, according to police.

Blevins was also served with a warrant for a felony charge of receiving or transferring stolen goods from an incident in October 2020.

He was arraigned in Mingo County Magistrate Court by Donald Sansom and was sent to the Southwestern Regional Jail in lieu of a $50,000 cash-only bail.

After a decline in coronavirus deaths and cases, W.Va. Gov. Jim Justice has loosened pandemic restrictions on businesses. Do you agree with the timing, or do you think it's still too soon to relax restrictions?