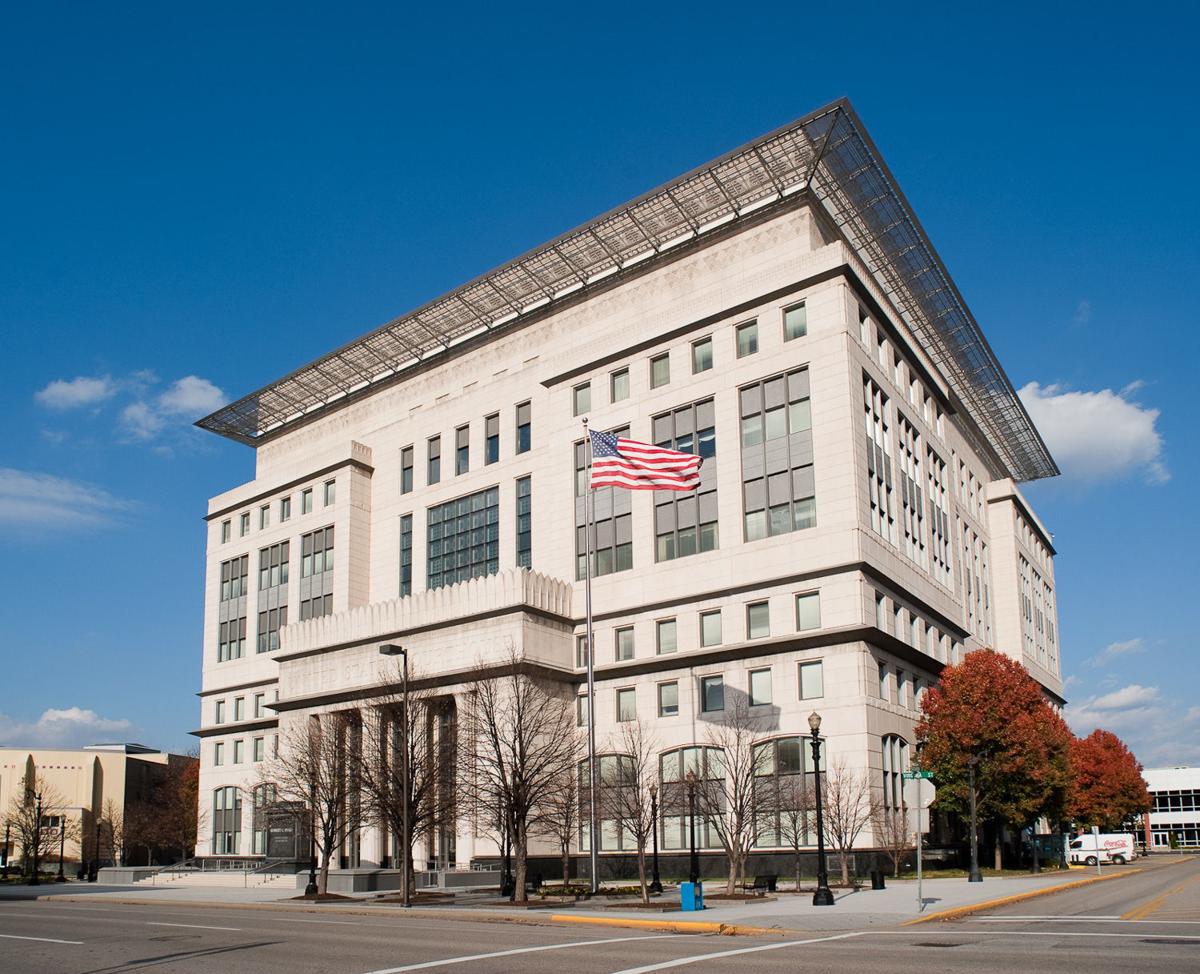 The trial of the “Big Three” drug companies accused of fueling an opioid drug epidemic in Cabell County and the city of Huntington is taking place at the Robert C. Byrd U.S. Courthouse in Charleston. 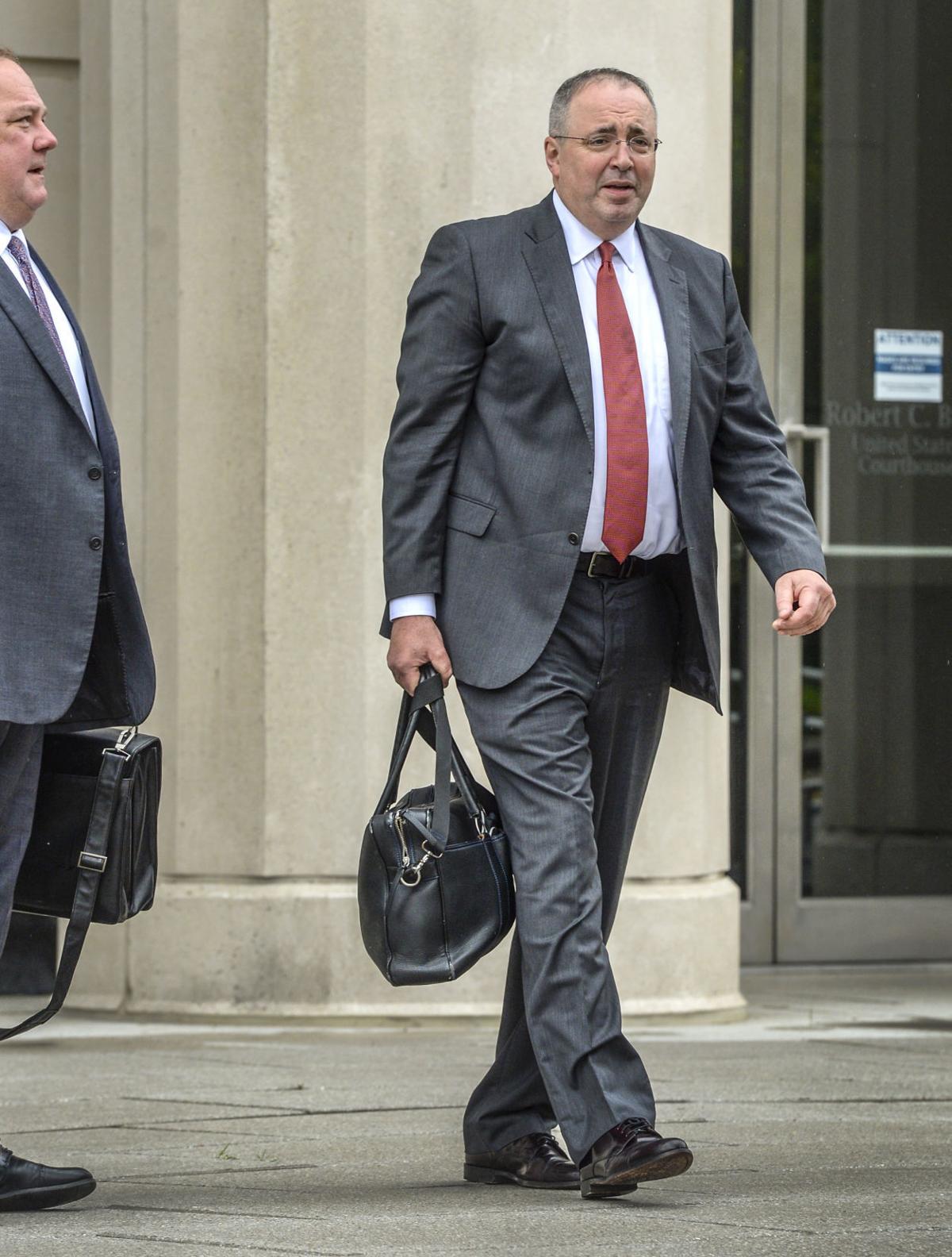 The trial of the “Big Three” drug companies accused of fueling an opioid drug epidemic in Cabell County and the city of Huntington is taking place at the Robert C. Byrd U.S. Courthouse in Charleston.

CHARLESTON — “When you point a finger at someone, there are three pointing back at you” is a phrase opioid defendants saw fold out before them during the fifth week of testimony in a trial in which Huntington and Cabell County accuse them of fueling the opioid crisis locally.

A retired DEA official, marketing specialist and two epidemiologists said the defendants had been at fault in the raging crisis through sophisticated market and public relationship strategies, while ignoring regulatory duties under the Controlled Substances Act.

Twenty-five days of trial have occurred at the Robert C. Byrd U.S. Courthouse in Charleston during a trial in which Huntington and Cabell County accuse the “Big Three” drug wholesalers — AmerisourceBergen, Cardinal Health and McKesson — of fueling the opioid crisis by sending excessive shipments of opioids into the area for eight years, before a reduction in the number of pills shipped made users turn to illicit drugs.

The defendants point to the Drug Enforcement Administration, doctors and West Virginians’ poor health as the culprits.

Joe Rannazzisi, head of the Office of Diversion Control for the DEA from 2006-15, and the distributors argued that the other side disregarded requests to comply with regulations and policies, which could have guided them in stopping opioid pills being illegally diverted as they flowed into local communities.

Rannazzisi said over three days of testimony that the distributors ignored their duties to report suspicious orders as part of a nationwide systemic problem.

After Rannazzisi’s testimony, the plaintiffs turned the presentation of their case to look at the correlation between the defendants shipping pills into the area and the ongoing opioid crisis.

Katherine Keyes, an epidemiologist focusing on opioid use disorder at Columbia University, testified that the supply and oversupply of prescription pain pills is directly related to heroin abuse and the opioid crisis.

She said patients who are taking opioids at high doses for 90 days are 122 times more likely to become addicted than others who used lower doses for lesser time.

The defendants have held through trial that Huntington’s economic decline is a major factor in what led to the crisis, but Keyes said several studies show economic conditions play a small role — less than 10% — in the opioid-related harm seen in the United States over the past 15 years. The crisis is majorly based on the availability and price of prescription opioids, she testified.

While the defendants have held that West Virginians needed more opioid pills because of a history of bad health and laborious jobs, the study showed the most illegal diversion of opioids was seen among the 18-24 age range, when residents were at their prime.

The plaintiffs also presented testimony from Jakki Mohr, professor of marketing at the University of Montana, who said the distributors engaged in marketing and worked as a channel between the pharmaceutical manufacturing companies and the customers.

She testified that distributors marketed to manufacturing companies — like Purdue Pharma — prescribers and pharmacies to increase pharmaceutical sales. At the same time, they ran public relations campaigns with a distribution trade association to create a better appearance with media and the public.

Mohr said she was not testifying on the effectiveness the marketing had on sales, but said the evidence she reviewed showed they benefited financially due to the lift it brought.

The defendants asked for her testimony to be thrown out, stating she said marketing occurred, but failed to connect it to sales related to Huntington and Cabell County. She has no experience with prescribing, sales or other areas, ABDC attorney Shannon McClure said.

While both sides had been given six weeks to present their case, U.S. District Judge David Faber granted the governments a three-day extension after hearing the plaintiffs still had 12 witnesses in the case to present. The plaintiffs’ initial presentment deadline was June 18.

The trial will take the week of June 21-25 off and return June 28 for the plaintiffs’ final three days before taking a break for the July 4 holiday. The defense will start the presentment of their case July 6.