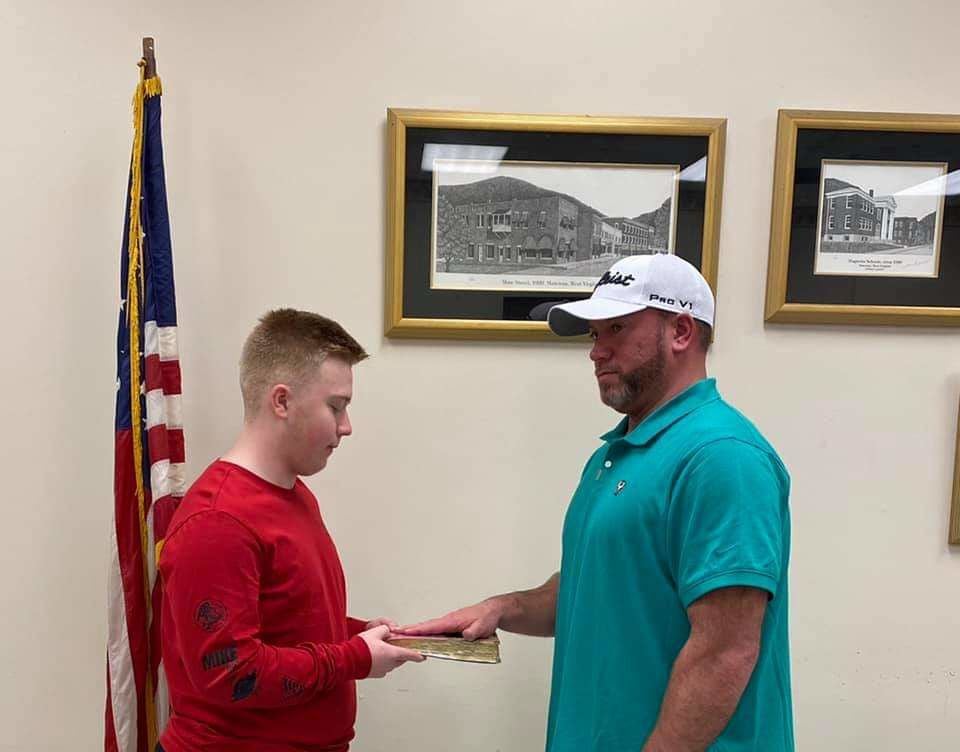 MATEWAN — A change occurred in the Town of Matewan on Dec. 21 when longtime Mayor Sheila Kessler resigned from her seat during a special meeting at Town Hall.

Kessler, who has held the position since 2003, cited personal reasons for her resignation and said she does not plan on running for re-election in 2021.

The Town Council then unanimously chose Councilman Matt Moore to finish out Kessler’s unexpired term as mayor with the town election scheduled for June 2021.

“I am honored and humbled to be appointed mayor of Matewan. I appreciate council and Mayor Kessler for their confidence in me and their support,” Moore said. “I want to continue moving our town forward and working with our citizens, town government, employees and businesses to bring new adventures as well. I look forward to the future of Matewan, and I’m excited to be a part of it.”

Moore, who graduated from Matewan High School in 1994, has served as a member of the council since he was elected in 2017. He is currently employed for the U.S. Postal Service in Williamson.

After Moore was appointed as mayor, there was still business that needed tending to, as the council had to fill Moore’s vacant seat. A motion was made for Kessler to serve out the remainder of Moore’s unexpired term as councilman, and the motion passed 4-0.

Kessler praised the current members of council for their willingness to work together and also openly supported Moore as the town’s mayor moving forward.

“This group that we have on council works together better than any group I’ve had the privilege to work with,” Kessler said. “There will be a town election in June of 2021, and I haven’t had any intention of running for re-election for months. I am happy to say I support Matt Moore for that office and have made no secret of it.”

The Matewan municipal election is scheduled for Tuesday, June 8. Other municipalities holding elections in 2021 are the Town of Gilbert and the City of Williamson.