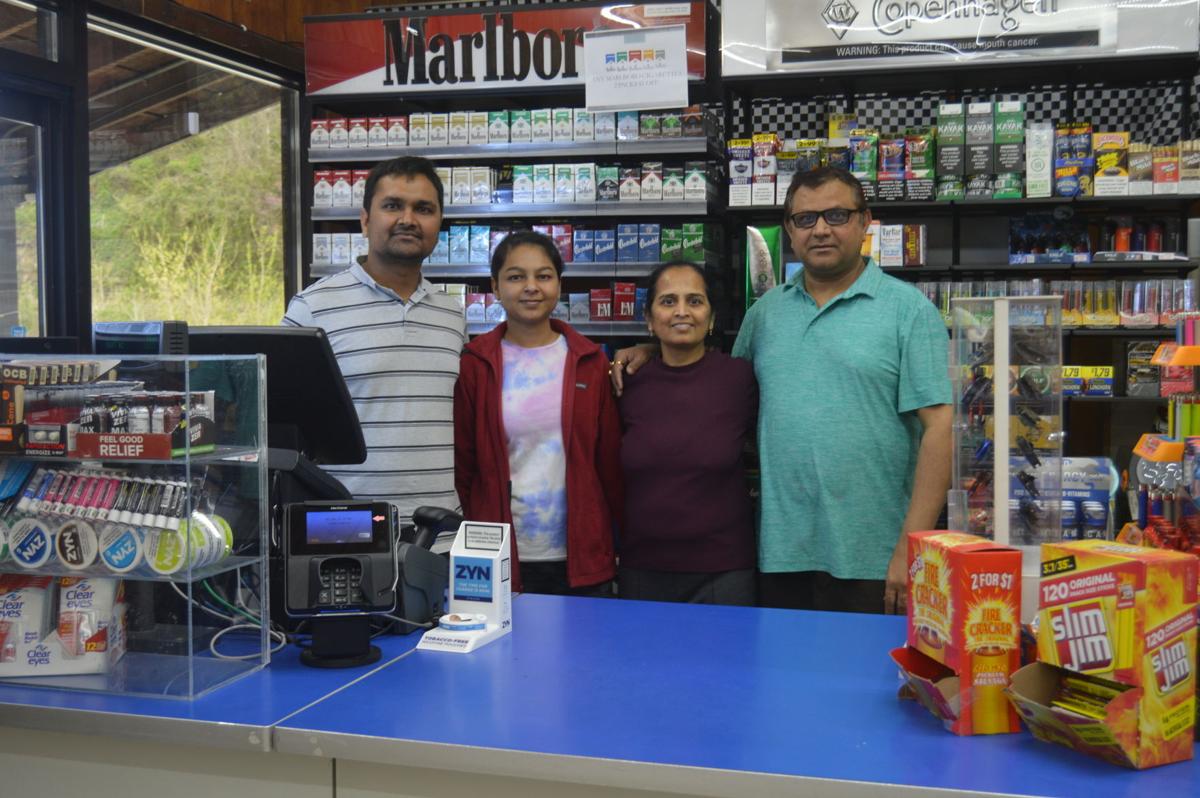 From left, J&S Quickmart owners Krish Patel, Megan Patel, Bharati Patel and J.O. Patel stand behind the counter of their convenience store at 100 Victory Lane just outside of Williamson. 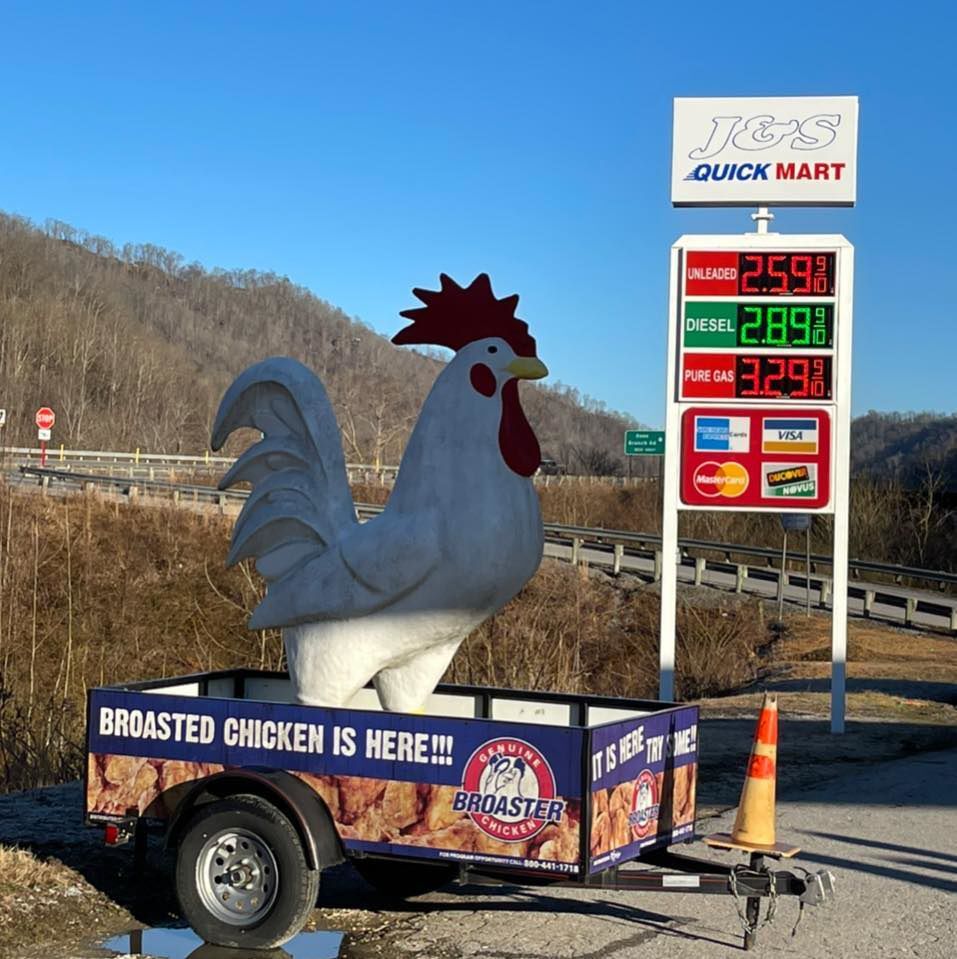 J&S Quickmart is located at 100 Victory Lane just outside of Williamson.

From left, J&S Quickmart owners Krish Patel, Megan Patel, Bharati Patel and J.O. Patel stand behind the counter of their convenience store at 100 Victory Lane just outside of Williamson.

J&S Quickmart is located at 100 Victory Lane just outside of Williamson.

WILLIAMSON — A local convenience store that closed its doors in November 2020 recently reopened under new ownership.

J&S Quickmart, located in the former Sport Stop and Muncy’s Victory Lane located, re-opened Feb. 23 and is being operated by Krish Patel and his wife, Megan, who are originally from India but now reside in Pikeville, Kentucky.

J&S Quickmart is more than just a convenience store where you can grab snacks, drinks or gas, according to Patel, as they are also operating a full-service kitchen with a variety of menu items.

The seven-day a week menu features their popular fresh broaster chicken, which Patel said has been a big hit with locals, as well as pizzas, various subs and sandwiches, breakfast foods, salads, hot dogs, pizza rolls and other finger foods.

So far, the weekly specials have included chicken curry with rice and flatbread and chicken gobi Manchurian with noodles.

“So far we have received great feedback on our specials,” Krish Patel said. “We put our own twist on it to make it have that Indian food taste, but it is not too spicy. Last week, we were sold out by 3:30.”

He said specials typically are available from noon until whenever they sellout that day.

Patel said even though they have been open less than two months they have already made a connection with members of the community, particularly the ones who live in nearby Dans Branch and Chattaroy.

“The people from Dans Branch and Chattaroy have already started to treat us like family,” Krish Patel said. “They think that we are open only for them, and they love not having to drive the extra 10 minutes to town to just get a gallon of milk or a candy bar.”

J&S Quickmart is located at 100 Victory Lane, which is just off of interstate U.S. 119 a little over a mile outside of Williamson. To place an order, call 304-236-3616. Specials are posted on their Facebook page, titled J n S Quickmart.