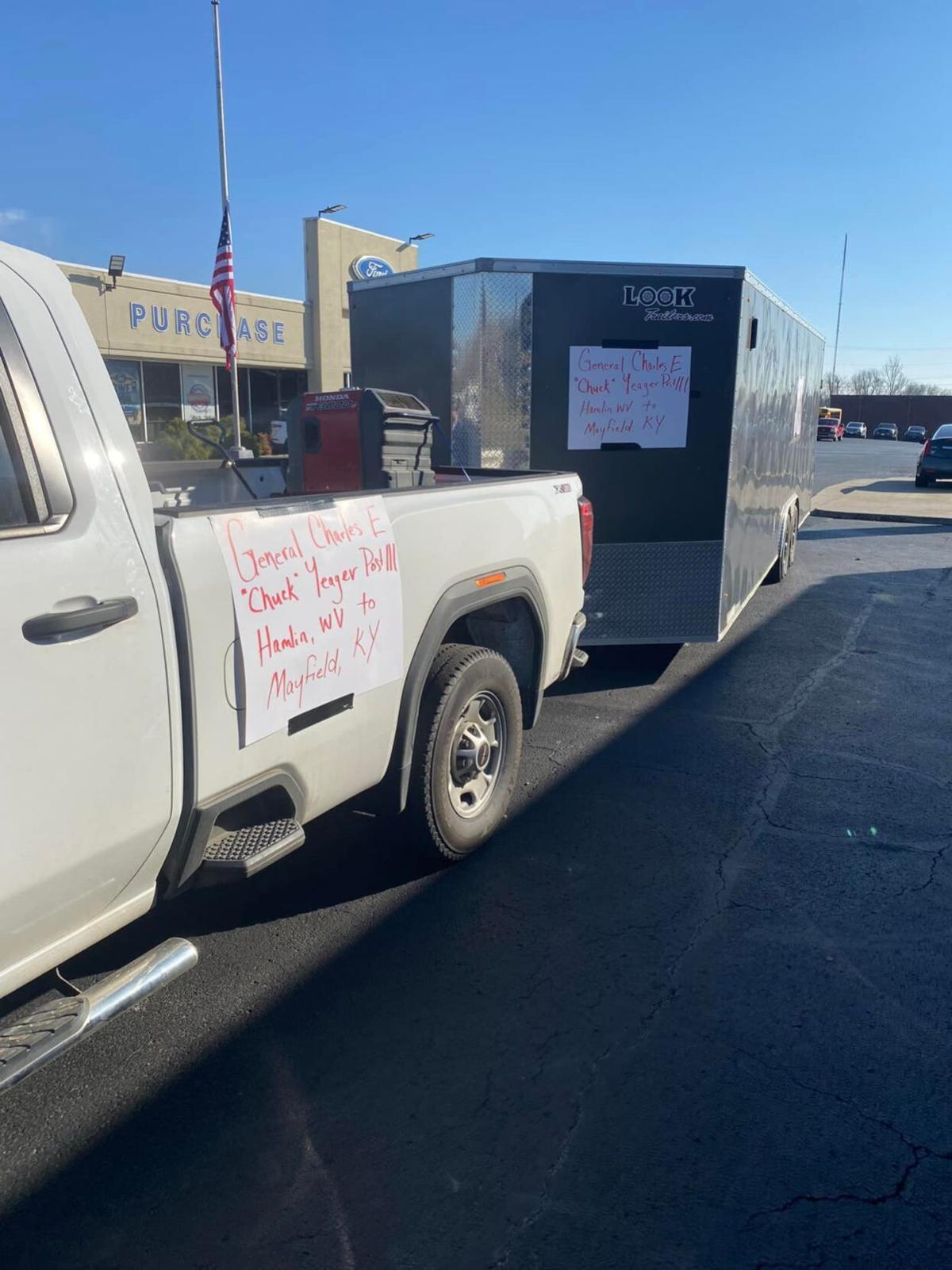 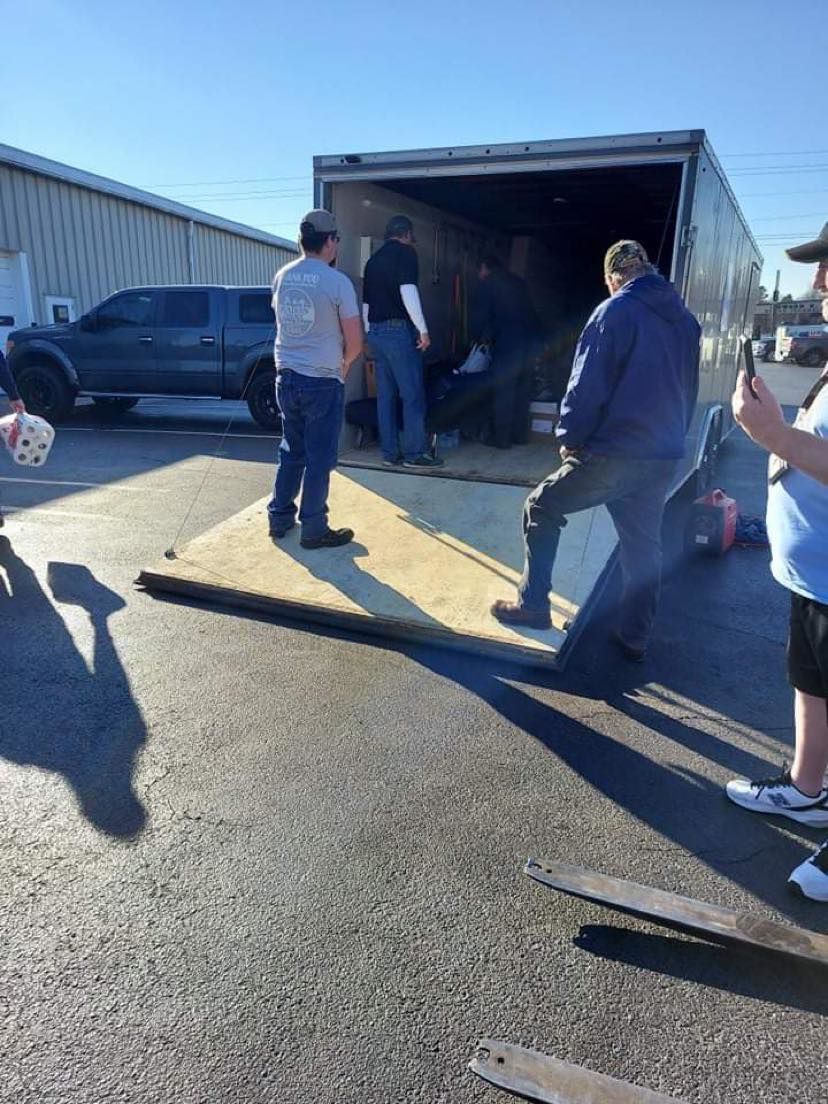 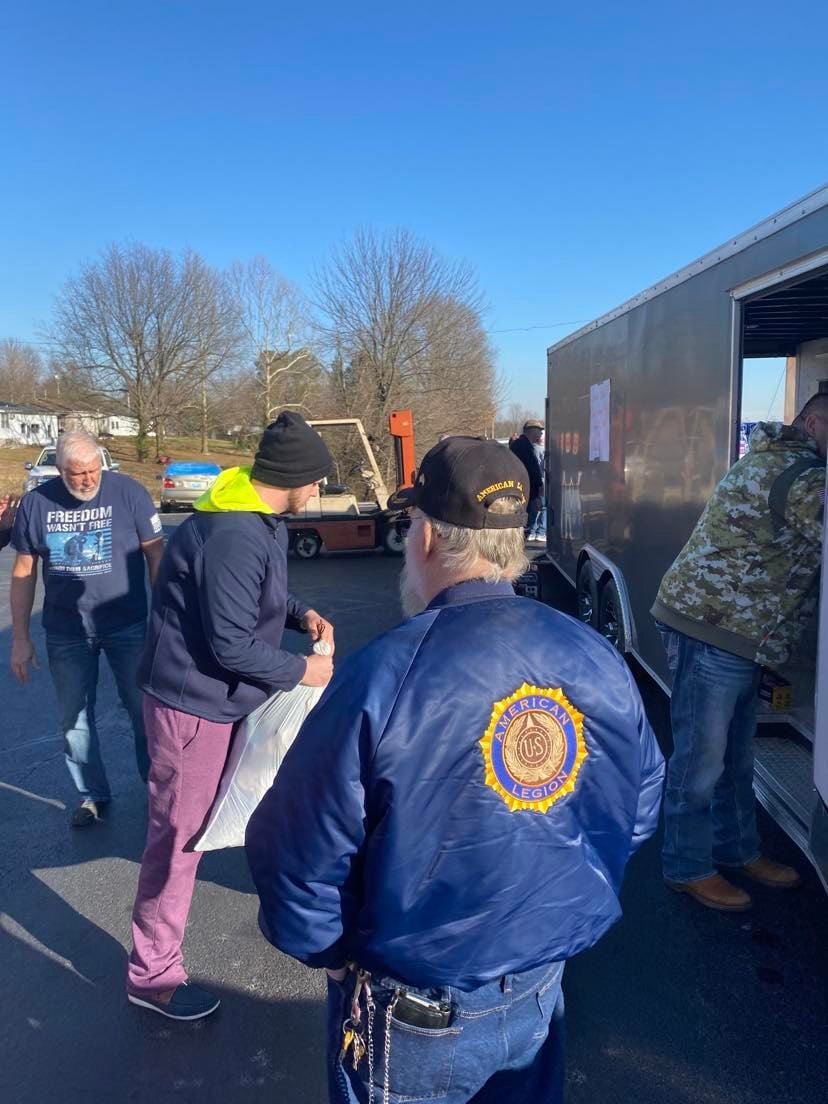 MAYFIELD, KY — Members of the American Legion Gen. Charles E. “Chuck” Yeager Post 111 of Hamlin have worked to lend a hand with tornado relief to their neighbors in Kentucky.

Members of the post took donations and hauled a trailer filled with supplies to Mayfield, Kentucky, on Dec. 21.

According to the Louisville Courier Journal, a record 77 deaths have been reported so far in Kentucky from tornadoes that plowed through the commonwealth late Dec. 10 and into the early hours of Dec. 11. Of those deaths, 23 came from Graves County, where Mayfield is located. Nine people died who were working at the Mayfield Consumer Products candle factory the night of the storm.

More than 1,000 properties were destroyed.

National Weather Service surveyors are still working to determine how many tornadoes touched down as part of the storm system that brought devastation across the western portion of the state.

But multiple tornadoes have been confirmed — including the “long-track” twister that tore through Mayfield on a path from Fulton County to Muhlenberg County and another that hit the Bowling Green area.

Legion members spent the day in the Mayfield area distributing supplies including food and water, cleaning supplies and clothing to families impacted by the storms.