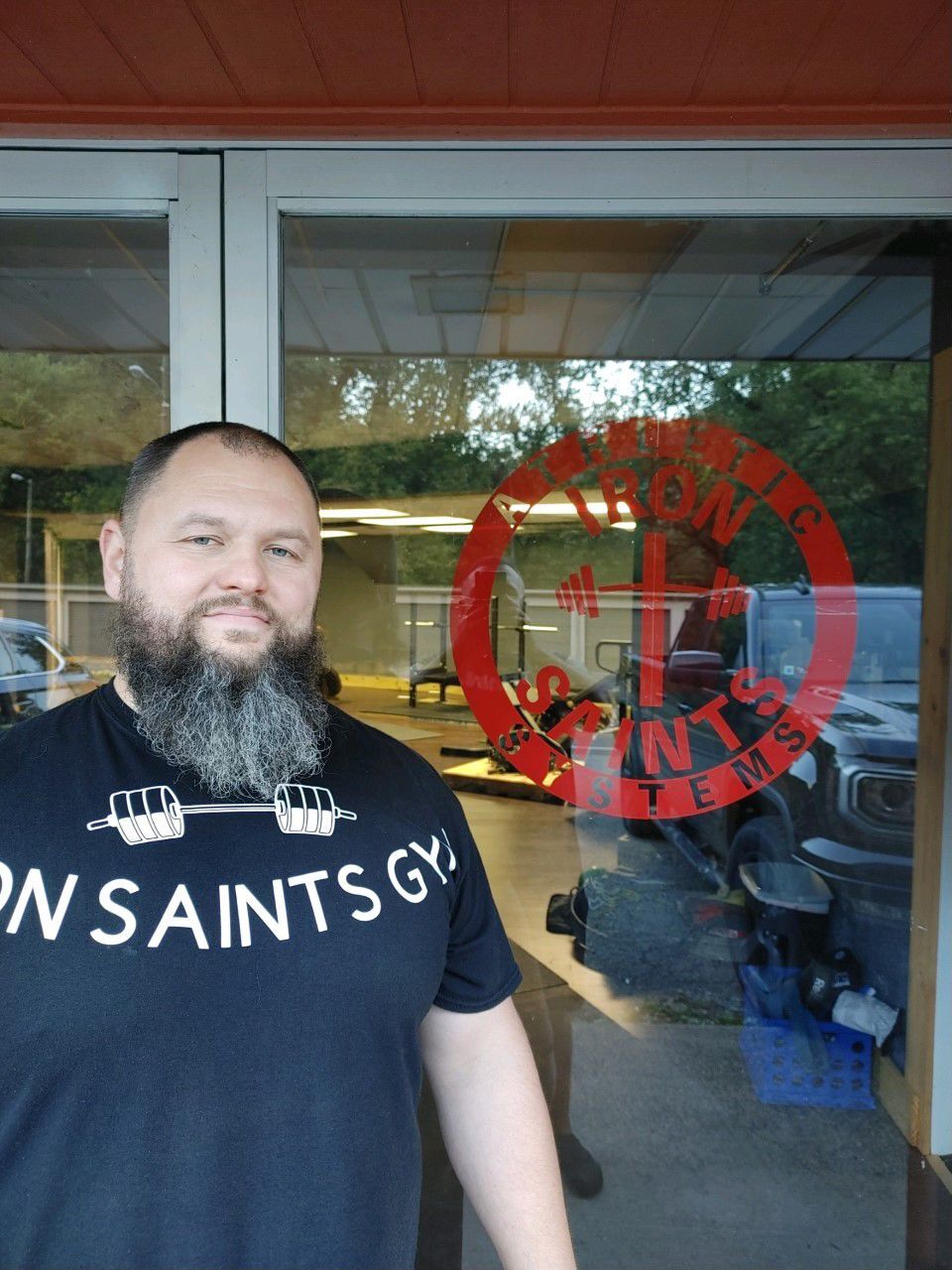 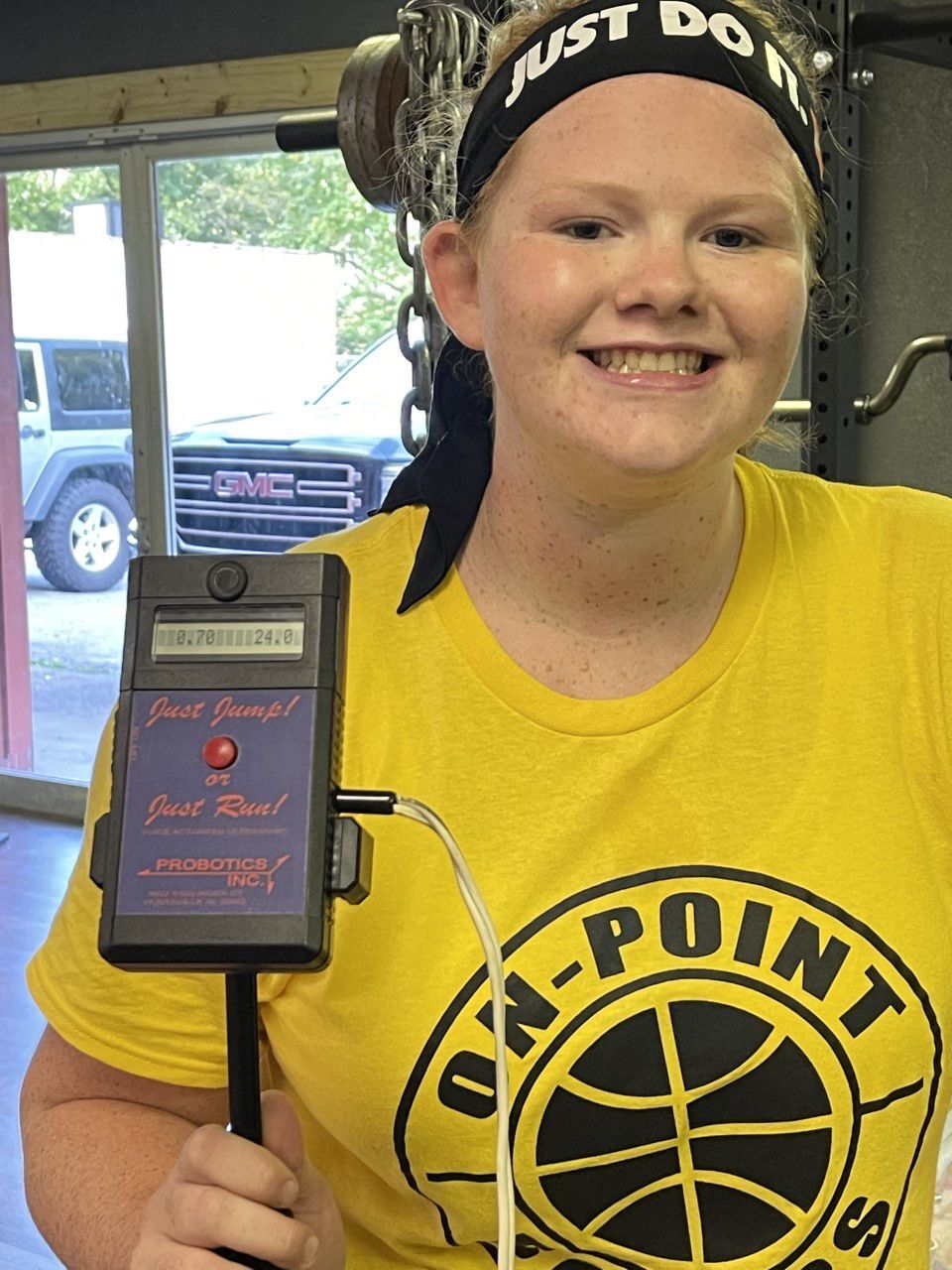 Previously located in Chapmanville, he’s found a fresh spot that fits his needs in West Logan.

“We are growing, and we outgrew our old spot,” he said. “It was time, and we needed more space.”

A household name nationally in the sport of powerlifting, Sebok has a long, successful resume that began as a high school football player at Sherman High and took him to the gridiron at Fairmont State.

In early 2021, Sebok was inducted into the Natural Athlete Strength Association Hall of Fame; he was named the “Overall Athlete of the Year/Lifetime Achievement Award” recipient at the organization’s annual banquet in Oklahoma City.

But his accolades in the sport of powerlifting are not what Iron Saints Athletic Systems is all about.

“It’s about my clients and the parents who trust me to help them grow in the most healthy way,” he said.

The Boone County native’s new business location is in West Logan in a facility connected to neighboring Southern Elite Gymnastics.

“It’s kind of an odd-shaped building, but it actually works in my favor because there is a corner that goes back further and deeper, and it allows my athletes to work on 10-yard sprints inside,” he said. “With the weather in West Virginia, it’s a big deal for us to have that, and I’m really excited about that. We won’t be able to do longer sprints inside, but 10-yard variations are a big part of what we do.”

The addition of more equipment and the investment that comes with will allow growth for the business.

“I can take on more athletes now with the space and equipment, and I can get our clients through their workouts faster because we have more room and they aren’t waiting around,” he added.

Currently serving 35 athletes from southern West Virginia over multiple counties, Sebok trains clients between the ages of 9 and 20 — assisting collegiate athletes as well.

With a day job in the physical therapy business, Sebok applies all that he’s learned to help his clients in recovery from injury and injury prevention through customized workouts and strengthening areas and surrounding regions of the body susceptible to athletic injury.

“This is like the realization of a dream for me,” Sebok said of his business. “Part of the reason I pursued physical therapy is that I wanted to work with athletes. The successes that I’ve had came from someone who helped train me and understood what it took.”

Sebok credits retired powerlifter and trainer John Cooper for inspiring him to pursue the path he’s on.

“He made a difference for me, and I want to pass that on,” he said. “To start out as a young man doing this as a kind of hobby, I guess, to walking into my own place and doing it as a career is a big thing for me — and for parents and kids to tell me how much it has changed things for them and how they appreciate what I do just means the world to me, and it is why I do it.”

Sebok said he must consider hiring help as he continues to grow his business as his client load has reached all that he can handle alone.

“I think that this is a good thing to be at the point where I have to consider hiring help,” he said. “We want to grow and expand, and that is part of it.”

The lion’s share of his clients come from Logan and Boone counties, and he is seeing an increased interest from female athletes.

Sebok looks to compete again on the national powerlifting stage in the spring of 2022, so his schedule is tight as he navigates his work at Hillcrest Health Care Center in Danville, his business in West Logan and the pursuit of his own training goals.

“My schedule is pretty crazy, but I love it that way,” he said, laughing.

To inquire about the services of Iron Saints Athletic Systems, message Sebok through the business’ Facebook and Instagram pages. Tours of his new facility at 74 2nd Ave. can be arranged in advance.