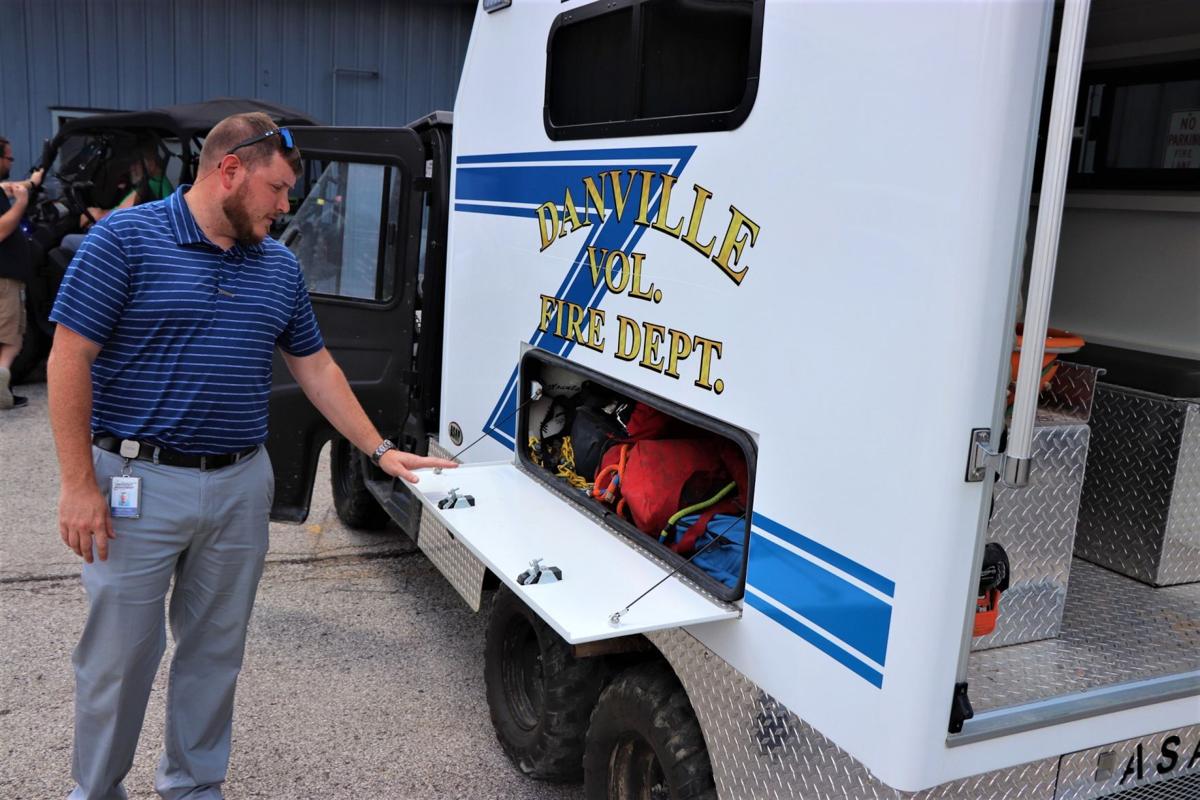 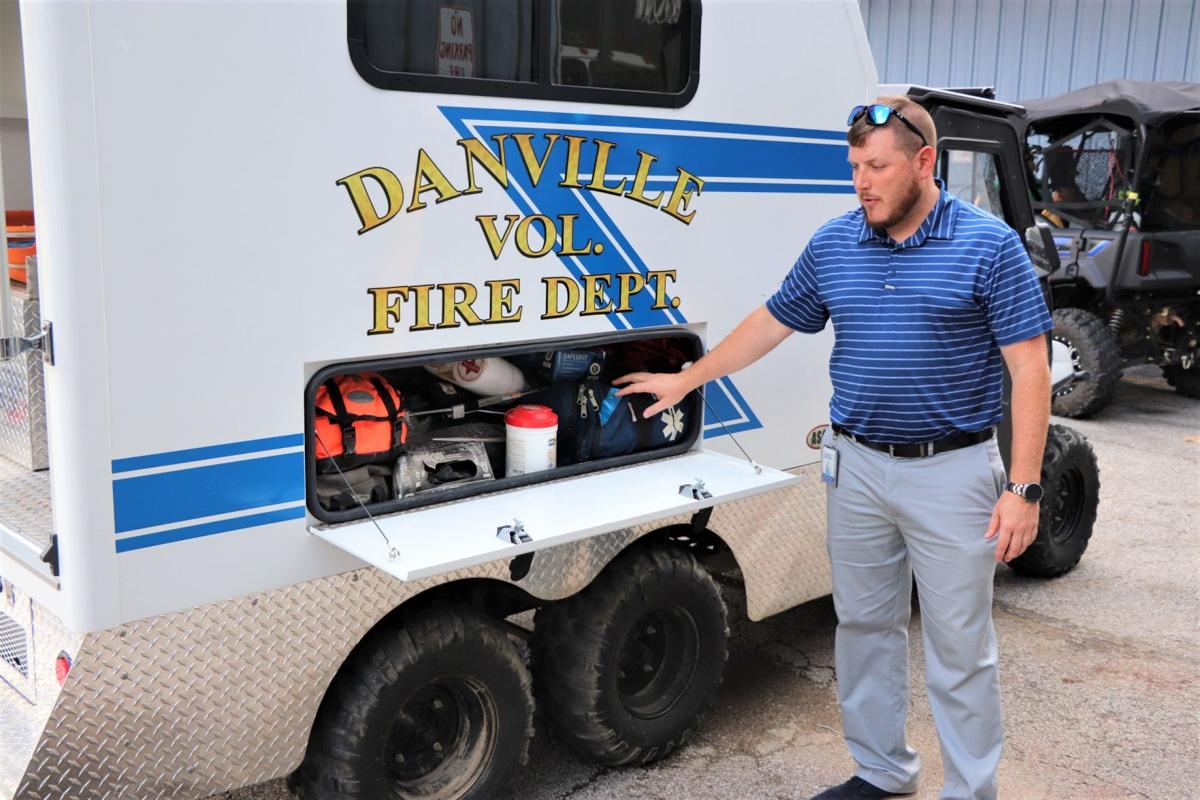 ALKOL, W.Va. — Boone County Fire Association members say that, while the recent push for tourism in southern West Virginia is a welcomed initiative for economic growth, there is one caveat that continues to be unaddressed.

“Everyone in this room is willing and able to respond,” President Droop Howell said during the association’s recent meeting. “Unfortunately, even if we had the rescue equipment we needed, we don’t have the volunteers to handle something as big as (a trail rescue). This is a problem that has to be addressed.”

A Hatfield-McCoy trail head at Indian Creek in Racine is set to break ground as early as 2022, and similar trail-related efforts around Boone County are sure to follow.

“These trails are great and I support them, but people are going to get hurt,” Howell said. “Who are they going to call to come and get them? There is going to be a lot of out-of-state people, and they are the ones who will have most of the wrecks because they aren’t familiar with the trail. If we have a family roll over and someone is hurt bad and you’re a fire department and you don’t respond, what do you think they’ll think of that?”

In 2015, the Little Coal River trail system was closed after a parcel of land was sold from a willing participant to one who was not.

For Danville and Madison, organizers say that dialogs are open for what appears to be participating landowners, but there is no timeline or even a confirmation for what would be a single trail connecting to Racine with the potential for adding more in multiple directions.

Currently, there are no active license agreements for any trails on the Little Coal River side of Boone County, but an active agreement is in place on Big Coal.

Boone County Fire Association members want to stay a step ahead of the progress in terms of training, equipment and attaining and retaining young firefighters.

“There is no system set up for funding to provide any kind of rescue service, and they are assuming that we have rope-related stuff, medical supplies, folding backboards, side-by-sides and four wheelers,” Howell said. “They assume that, and it is partly our faults because we did it in the past. They need to provide some kind of funding to the fire departments when this relief money comes to help us protect these people they are asking to come ride our West Virginia hills.”

Boone County is set to receive approximately $4.1 million in American Rescue Plan money, but directions on how and where it can be spent have not been handed down from the federal level.

“It is for fire protection, and it is our first charge,” he said.

Estep and Howell said equipment is lacking across all eight county departments.

“When the county and economic development writes grants, they need to take this into consideration and write for rescue-operation efforts,” Estep said.

West Virginia Del. Josh Holstein was present at the meeting and expressed a desire to support the concerns of county firefighters.

Holstein, a Republican, said in reference to pulling in state funding, “There’s a little bit of more unification in southern West Virginia than there was in years past. People bash party politics — and trust me, there is a reason behind that — and for a long time, Boone, Lincoln and Logan (counties) were one of the few in the area here that was still the opposite party majority. I’m telling you, it is hard to work out a deal when you don’t work with the people on any other issues, know what I mean?”

He added, “We have a little more of a chance now in this area to pull in some of that money.”

Howell said transporting a patient with serious injuries out of the woods on a trail is no simple task.

“If you do buy something, you have to have something legitimate to transport a patient on safely,” he said.

Estep said another element is a lack of volunteers.

Boone County fire departments have applied for SAFER grant funding, but there is no guarantee.

According to FEMA, SAFER grants fund fire departments and volunteer firefighter interest organizations directly to help them increase capacity in their communities.

Howell noted that another element of rescue comes via the rivers and the upswing in kayakers in the Little Coal and Big Coal rivers.

Boone County does not have an equipped search and rescue water team — but that hasn’t kept volunteers from responding to emergencies on the water while using their own personal equipment when available.

“If a 911 call comes in and they don’t know who to send, it generally goes to a fire department,” added Estep.

Boone County Emergency Management Agency Director Michael Mayhorn was not at the meeting, but in a later interview, he said he was aware that these discussions were happening among agencies within the county.

“We had the trails here before and they went away and looks to be coming back, and this is what fire departments do — they prepare,” he said. “They need to have the right equipment to respond when they are called upon, and their funding isn’t what it was then, just a few years ago.”

Since 2014, the levy for fire in Boone County has gradually decreased by approximately $90,000. In 2020, the levy provided $90,410 to each department to operate, for a total of $723,276 for the eight fire departments in Boone County. The levy is calculated at $2.60 per $100 in tax revenue. Agencies will likely lose more levy money based on declining tax-revenue projections.

In terms of rescue vehicles rated for trail rescues, Danville is the only fire agency in the county that possesses one like the 2014 ASAP MedStat, which has a fully enclosed patient compartment with room for full-sized cot and seating for two attendants and driver on a side-by-side chassis.

Gregory Hager is an information technology system administrator at Boone County Emergency Management Agency and also a lieutenant with the Danville Volunteer Fire Department. He said that, through mutual aid, the unit has been deployed for various rescues around the county — most notably on the former Hobet mine property.

“We approached the company back then knowing that we would have mountain rescue opportunities,” he said. “This is basically an off-road ambulance. It has fully accessible compartments where we keep specialized road rescue gear that would assist us in an off-road rescue.”

On the opposite side of the vehicle, a trauma bag and extrication devices are stored. Inside, the space is designed to resemble an ambulance while utilizing space to a maximum.

A trailer transports the vehicle onsite via a Ford F-550. The trailer also has a communication base.

Even though the Little Coal River trail was closed in 2015, the agency was forward thinking in terms of the popularity of trail riding in the area.

“I was not on the committee for the ASAP purchase, but my understanding is that it was purchased because trail riding has always been a big part of Southern West Virginia. I would say that 75% of the calls I have ran in that have been Hobet property-related.”

The unit has also been deployed to the Country Estates and Lick Creek Road areas, among others.

The unit itself rang in at $41,400 before the cost of the trailer and onboard equipment.

Estep said that funding for equipment, certifications and recruiting and retaining young firefighters is of the utmost importance.

“We have to find answers now, or we aren’t going to be able to operate,” he said in the meeting. “That is the sad reality.”