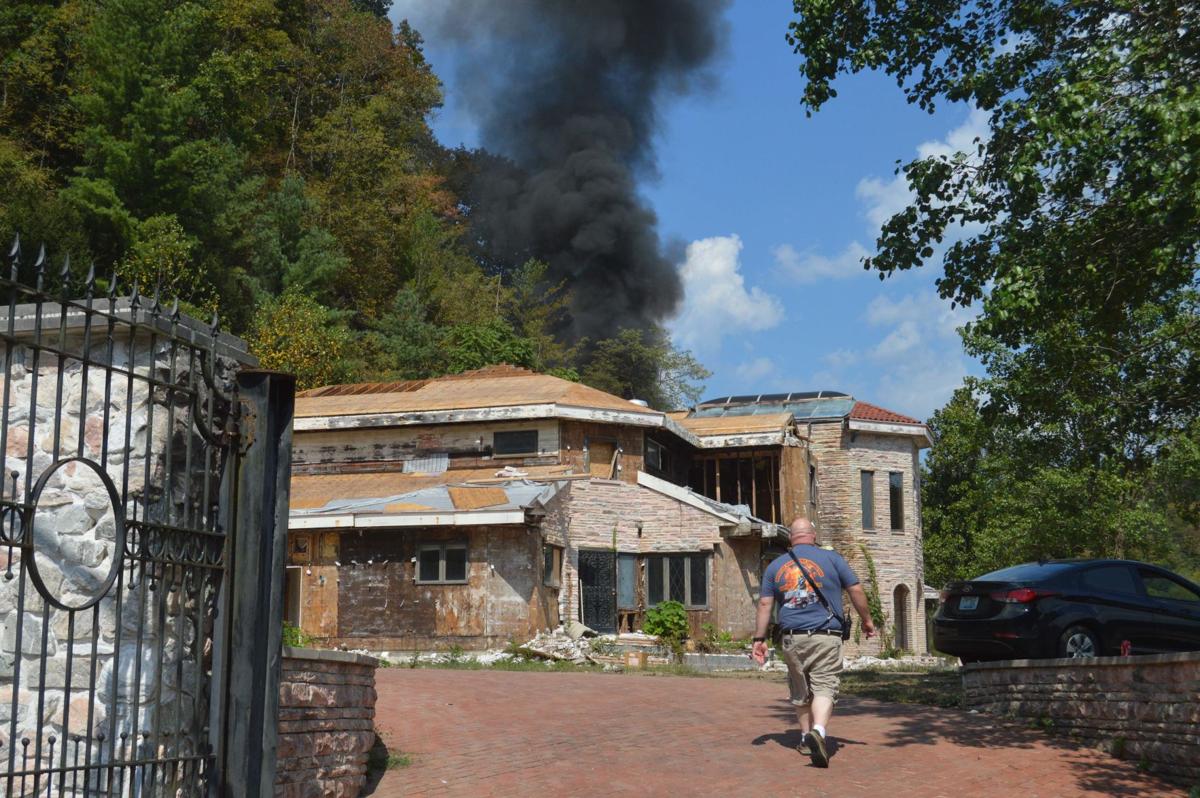 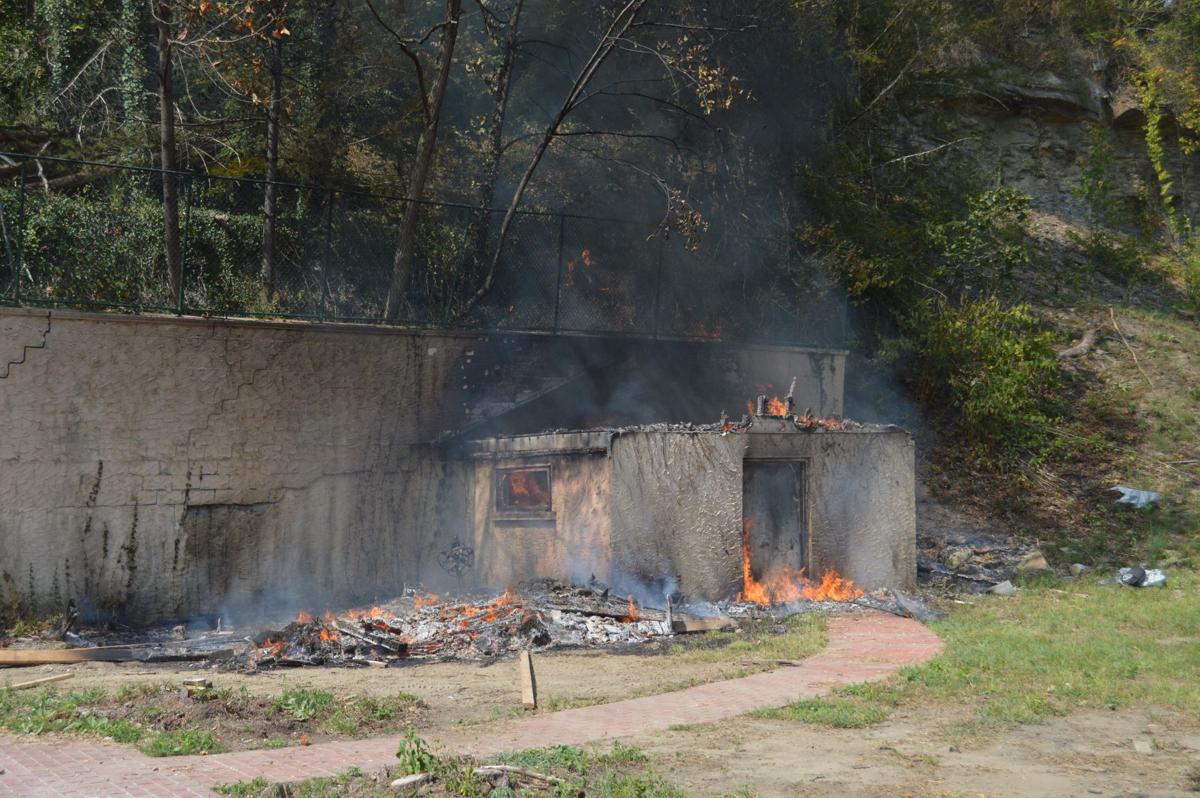 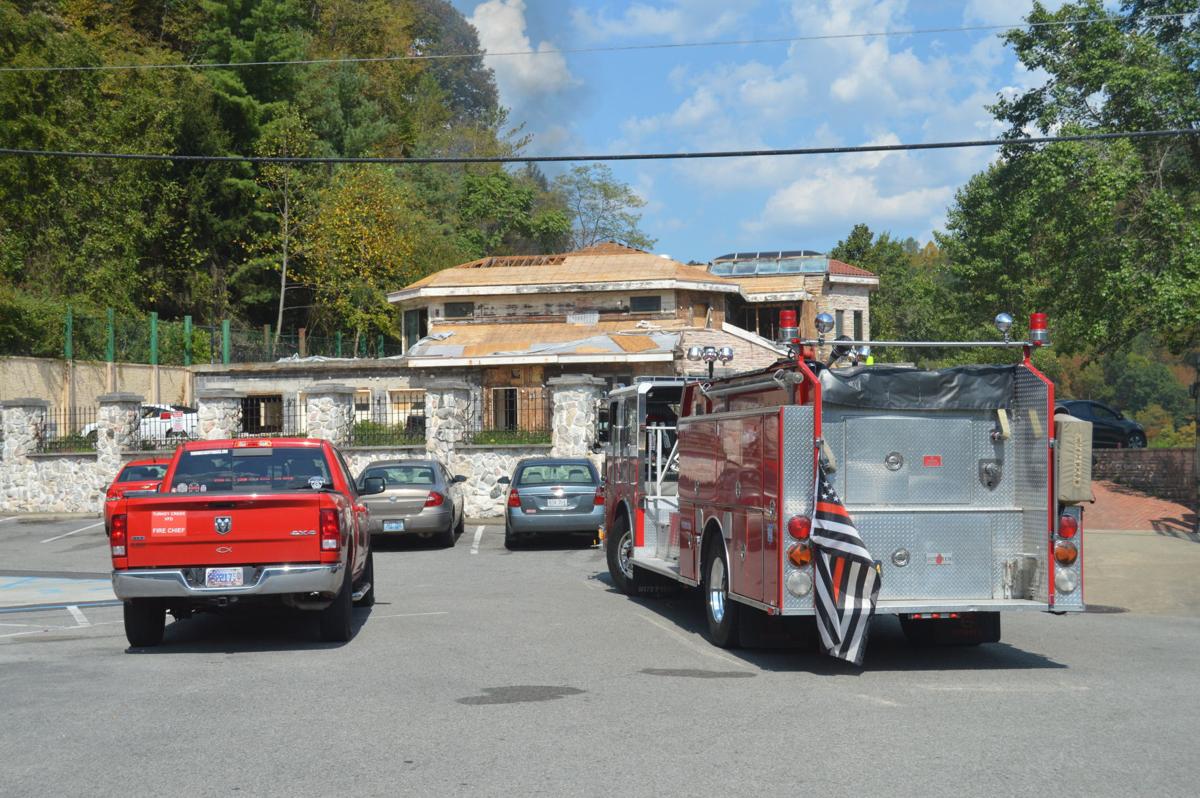 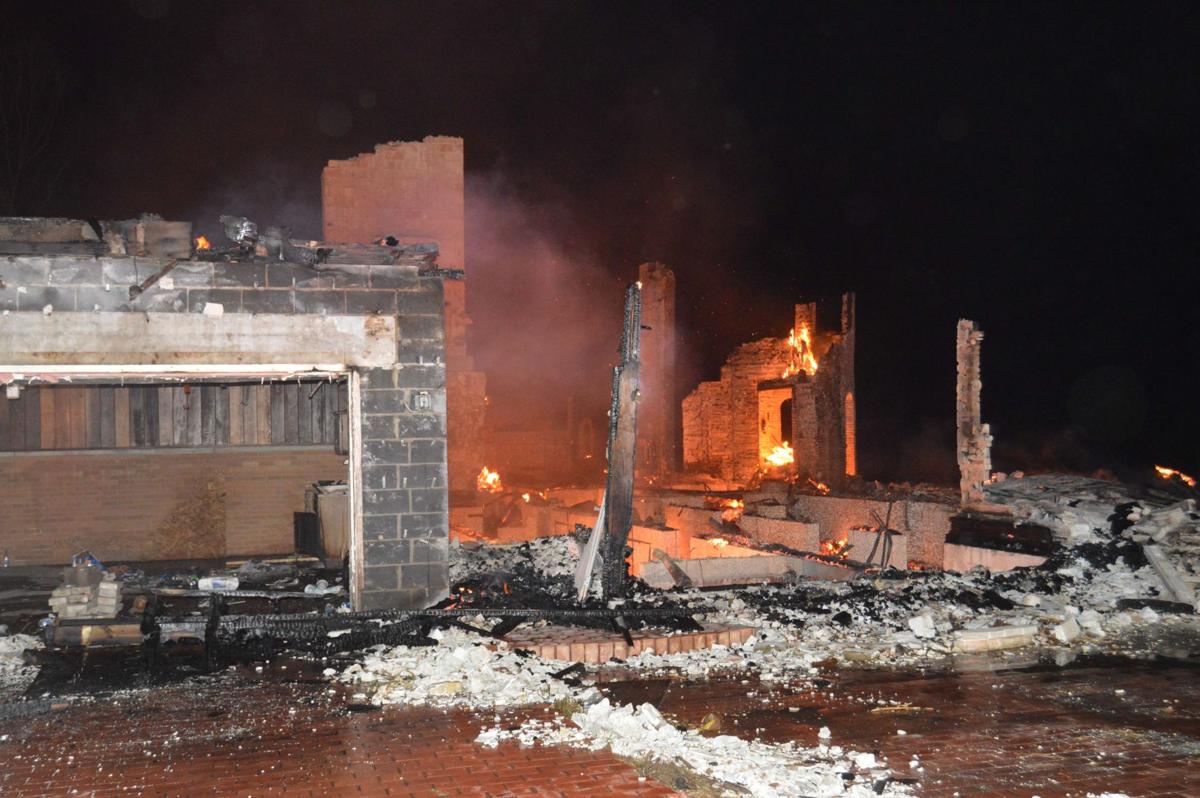 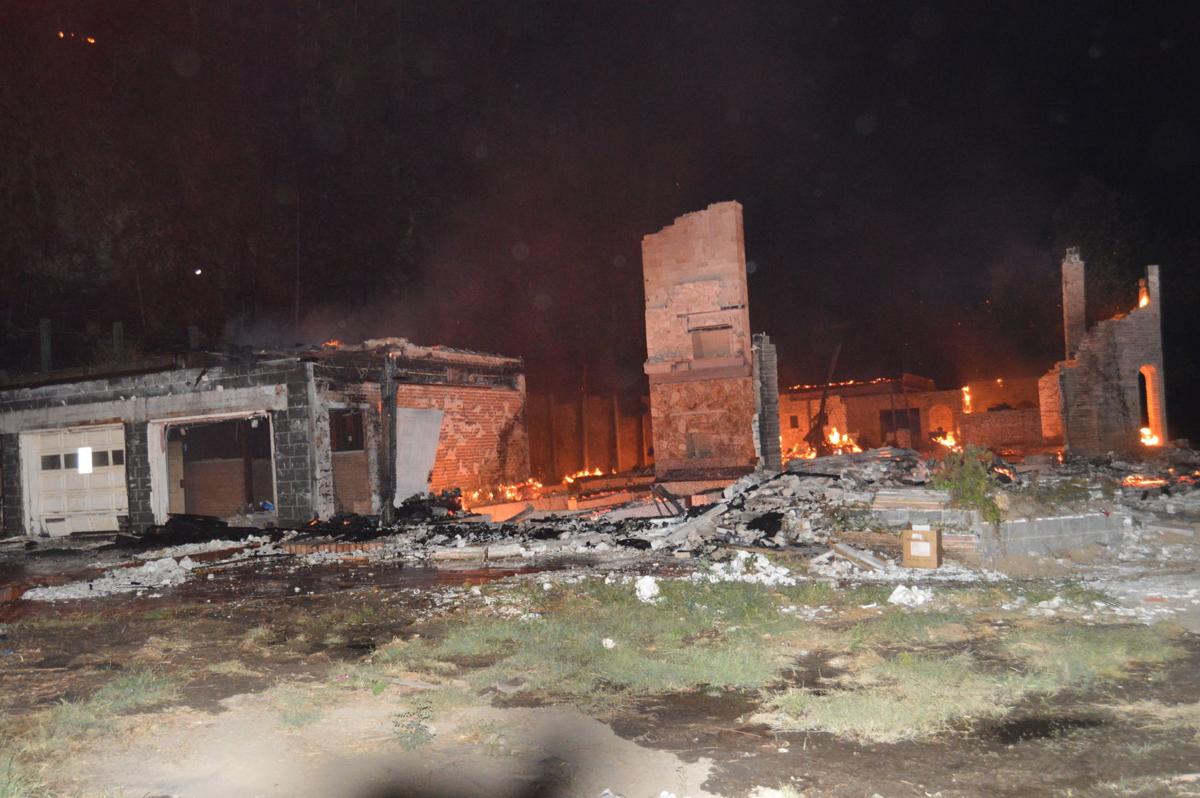 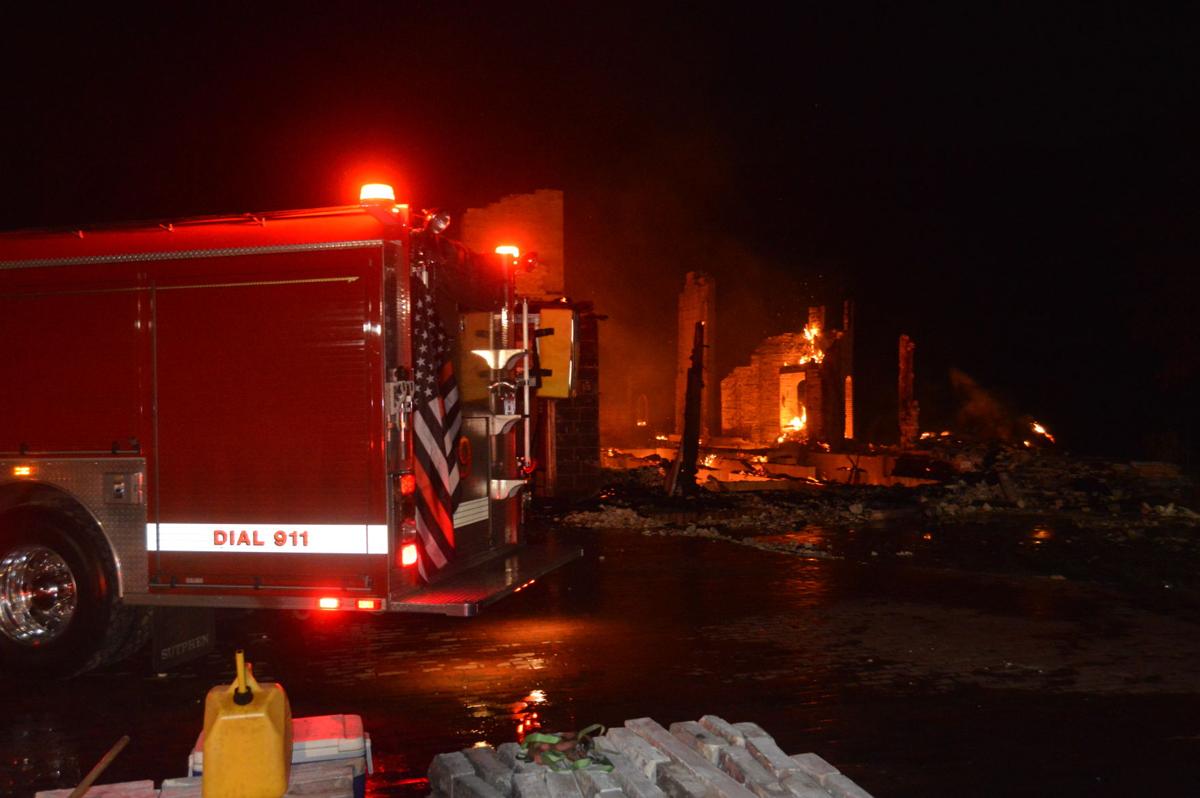 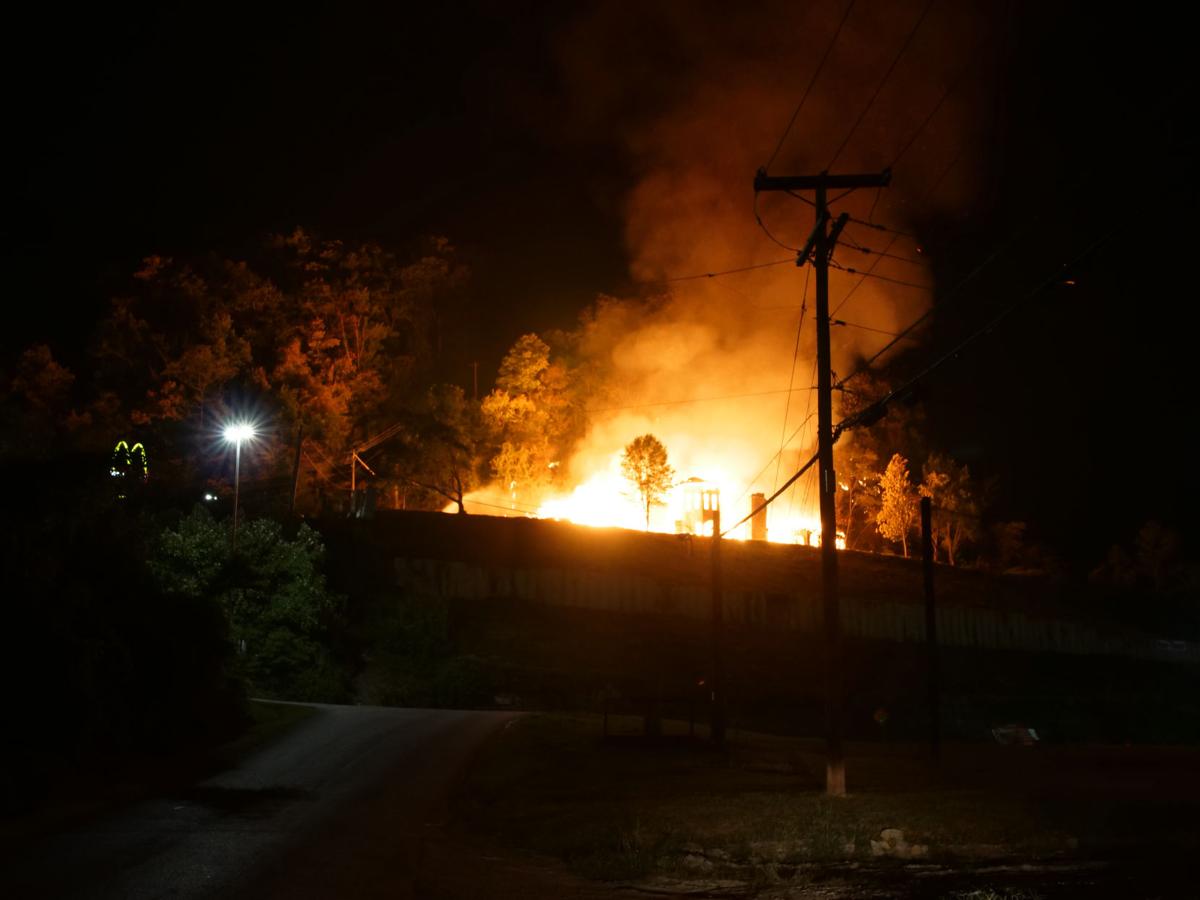 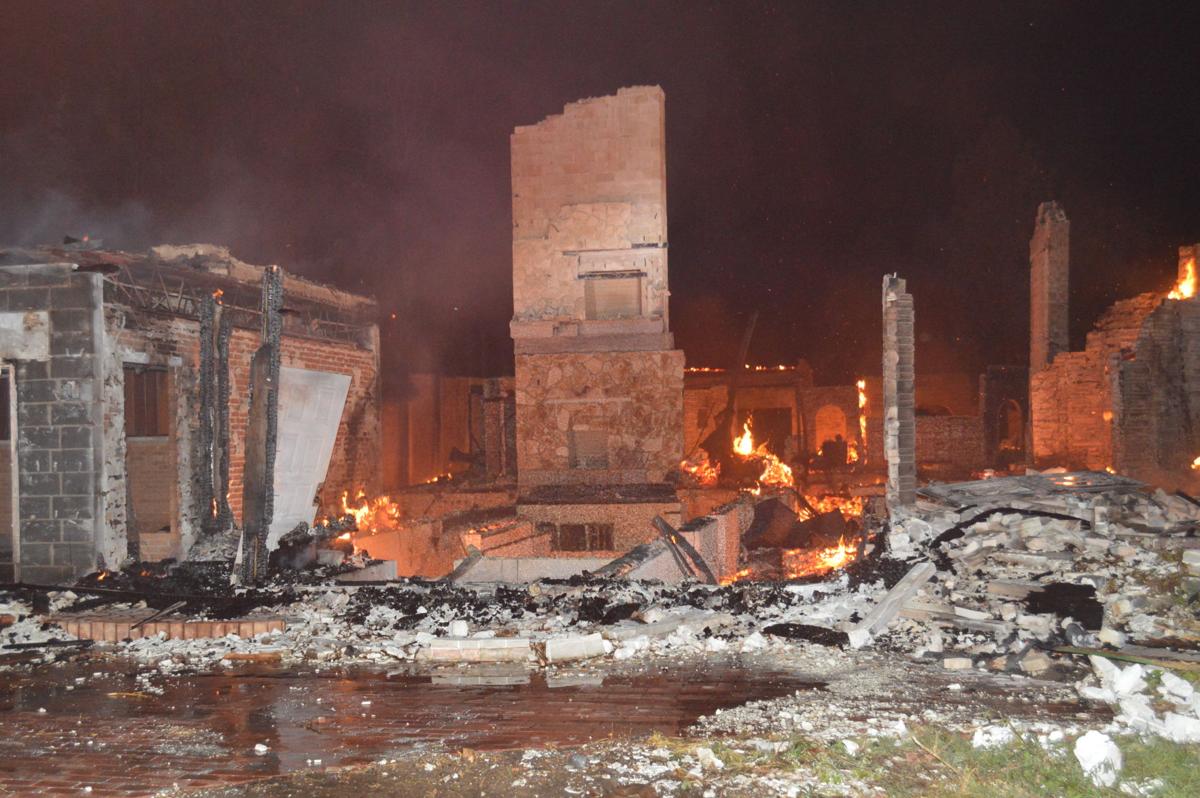 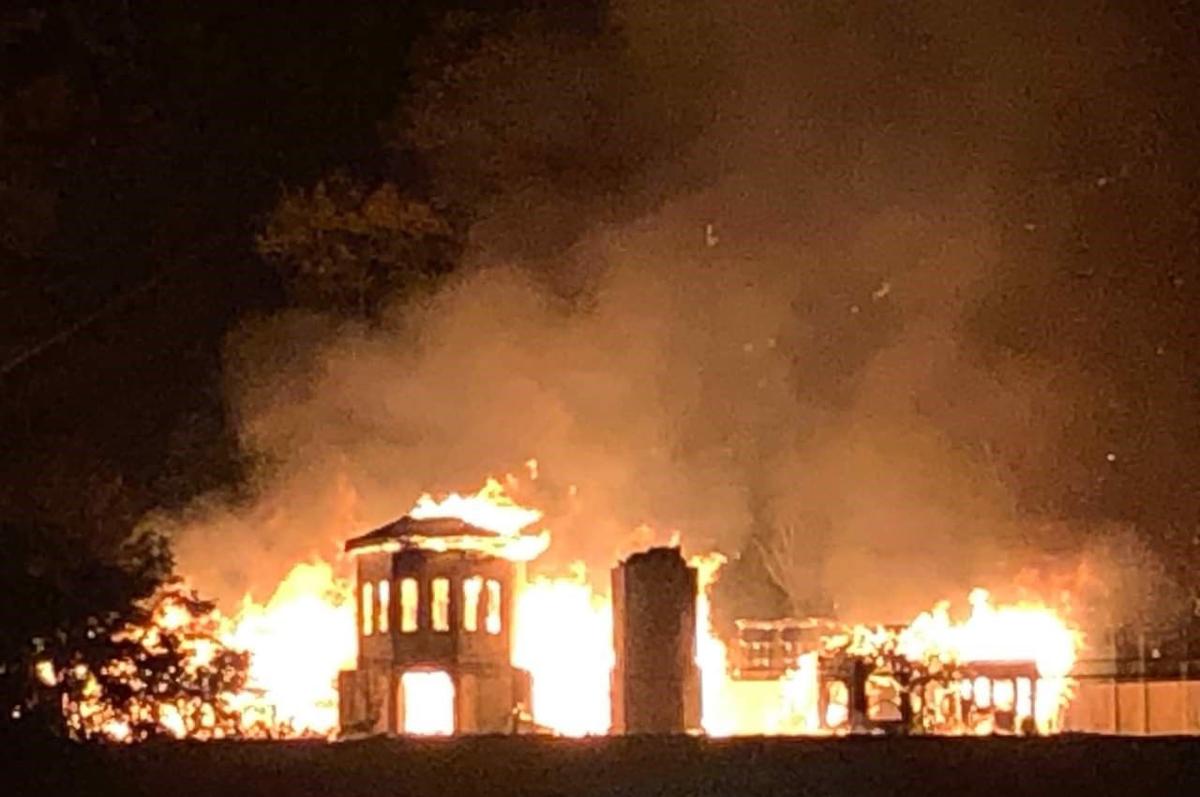 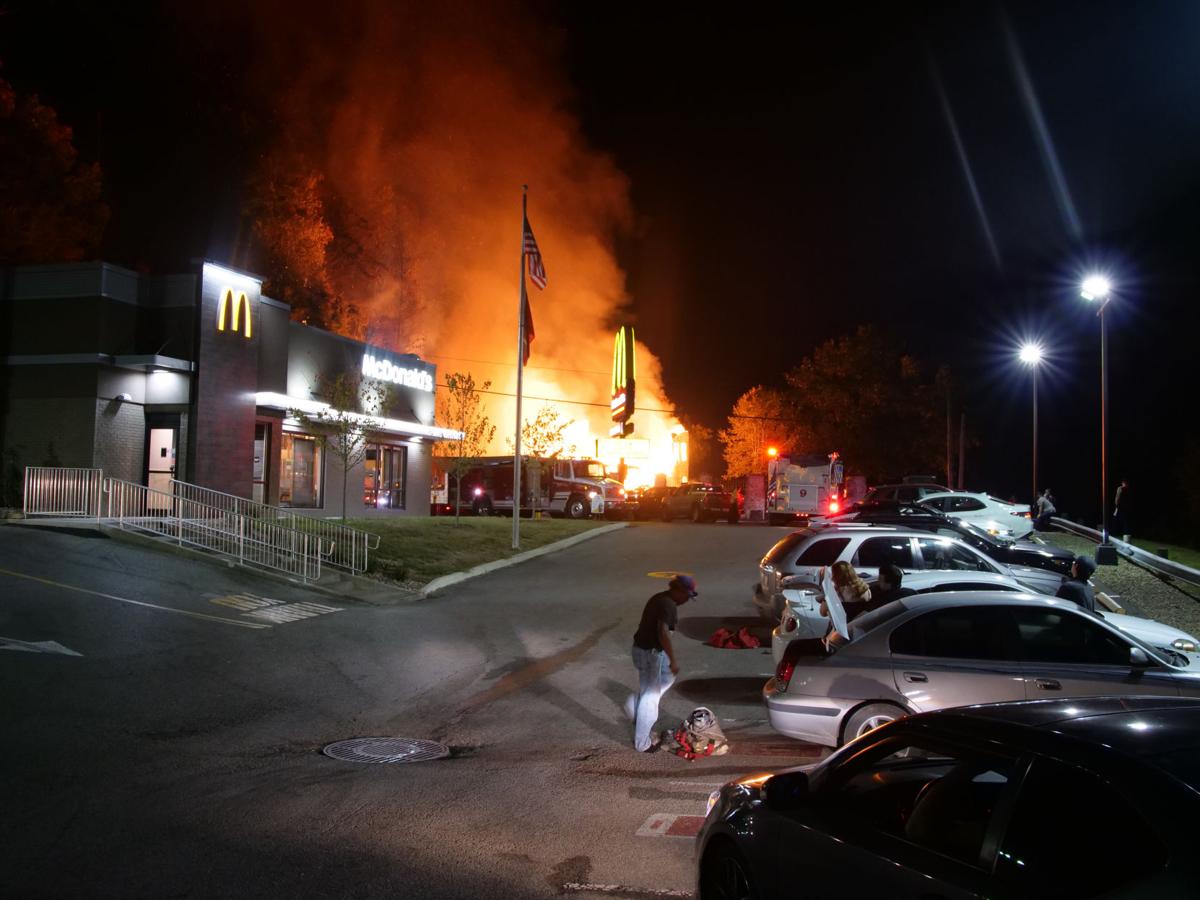 GOODY, Ky. - The Belfry Volunteer Fire Department responded to a call of a structure fire at the infamous Loftis Mansion next to McDonald's in Goody just after 8 p.m. Friday, Sept. 13.

Upon arrival, the fire department discovered flames shooting high in the sky, and they called for mutual aid from both the Turkey Creek and Upper Pond Creek volunteer fire departments.

Firefighters battled the massive fire for more than two hours, but the historic home burned to the ground and is a complete loss.

Just after 1:30 p.m. Friday, the BVFD also responded to a call of a structure fire at the Loftis Mansion, where they found the storage building behind the mansion and surrounding brush was on fire.

A contractor company hired by property owner Keith Tincher, who bought the mansion earlier this year, was reportedly burning some brush and a storage building behind the house. It was deemed a "controlled fire."

Belfry Assistant Fire Chief Mike Brown said that they believe the fire occurred because of the controlled burn, which was at first contained but quickly spread. The flames were so massive that they spread to the hillside behind the home and down near the McDonald's. The BVFD had to bring in a "dump tank" to store extra water for the three responding departments.

The Kentucky Division of Forestry was contacted to watch the fires that had spread to the hillside overnight on Friday and into Saturday. Several Pike County Sheriff's deputies and Kentucky State troopers also offered assistance.

Droves of people flocked to the Southside Mall to sit and watch the fire. The growing crowd was reminiscent of the Fourth of July when the BVFD has its annual fireworks show.

Bystanders going into the nearby Food City reported seeing black smoke coming from the mansion and then hearing a loud explosion and flames around 8:09 p.m.

Tincher had initially announced plans of renovating the Loftis Mansion earlier this year, creating a Facebook page that grabbed nearly 8,000 followers in just over six months. But the Loftis Mansion Facebook page announced in April that they had "identified serious issues structurally with the house and its foundation" and that they were looking at different ways to be able to save the iconic home without having to tear it down.

McDonald's was evacuated for a short time due to the severe heat from the blaze, but no injuries were reported.