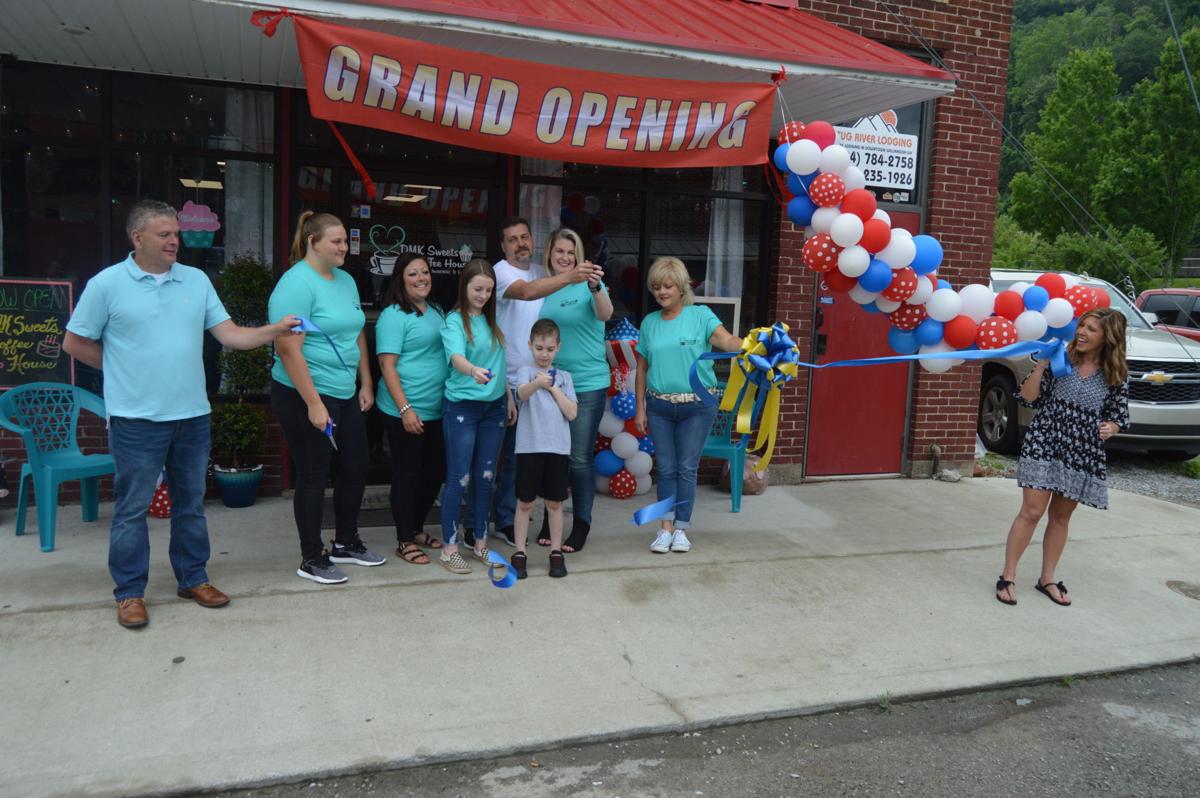 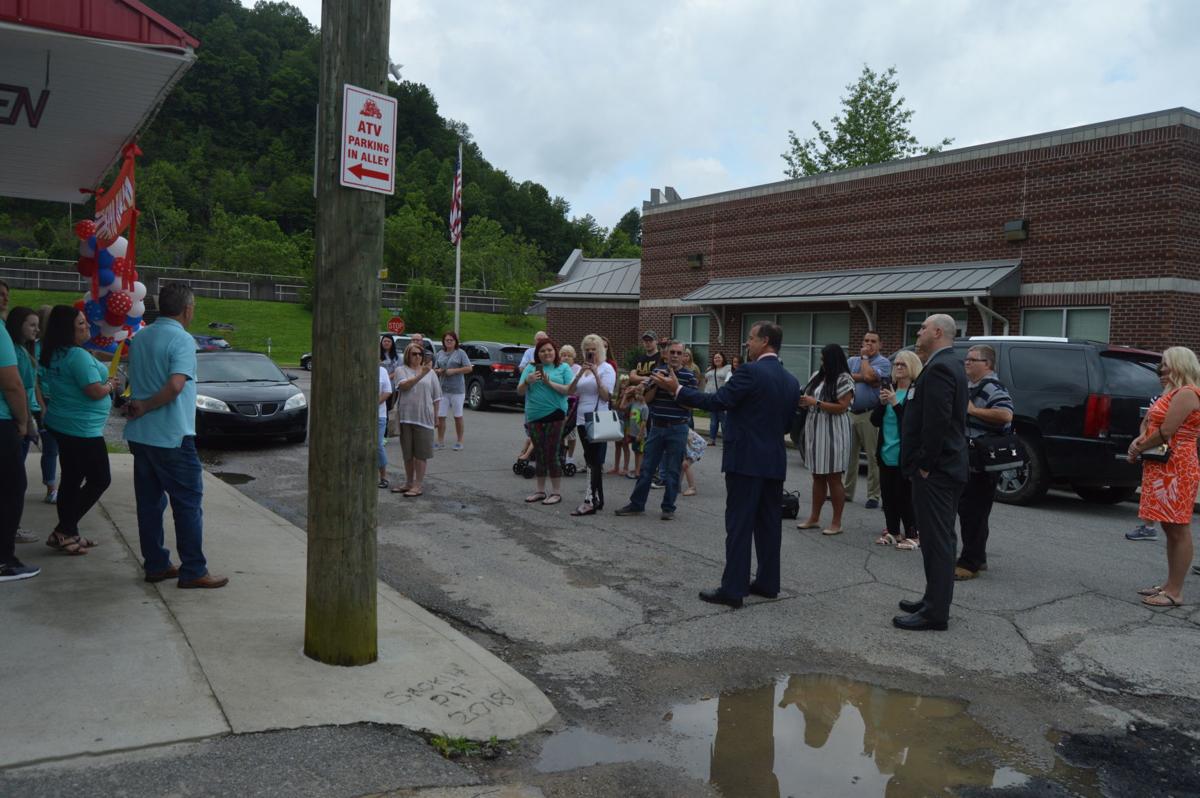 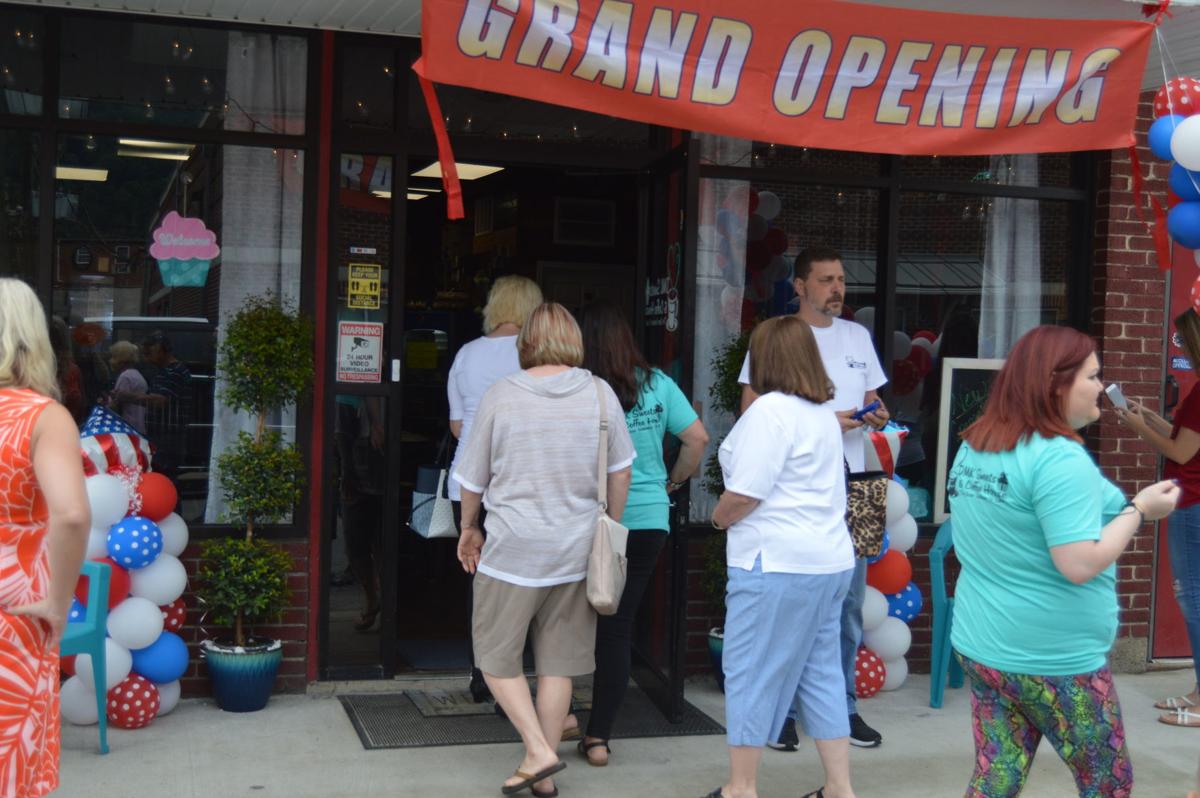 Customers file into DMK Sweets and Coffee House located along Pike Street in downtown Williamson as they held its official grand opening on Monday.

Customers file into DMK Sweets and Coffee House located along Pike Street in downtown Williamson as they held its official grand opening on Monday.

A large crowd gathered at the new shop, which is located along Pike Street at the former Smokin’ Pit Restaurant (which closed down during the COVID-19 pandemic).

Owners Danny and Marina Kennedy, who live in Pike County, Kentucky, began their business in February when they began making cakes and other sweets out of their home.

“He has always loved baking and stuff like that, it’s his natural talent,” Marina Kennedy said of her husband of nine years. “But we just wanted to find something to do together as a couple, kind of like a hobby to spend time together. So, we decided to start doing this.”

Their business took off as word of the tasty cakes spread throughout the Tug Valley area and beyond. Fast forward a couple of months, and their business has grown so much that they have expanded to a storefront in Williamson.

“We had several people reach out to us asking us if we had ever thought about bringing our business to Williamson. Randall Sanger (Chamber director) was one of the first to reach out, but we really had never thought about it,” Kennedy said. “We knew we were outgrowing the business at home; it had taken over everything at our house.”

Donnie Kennedy said he has been cooking his entire life for his family and worked as a baker for four years at a restaurant when he lived in Virginia. He says baking is a love but says he is pretty good at it, too.

They can do anything from cupcakes to a full-size cake or cheesecake with a wide variety of flavors, and they take requests.

They also have 10 flavors of creme horns, as well as pastries, donuts, strawberry sliders, puddings, pies, fudge and more.

All of the sweets are available for order, and a selection will be available in the store each day, including slices of popular cake flavors.

They will also offer 13 flavors of coffee and iced coffee to start, including the early favorite mocha macchiato, as well as blackberry cobbler, peanut butter cups, salted caramel, chocolate hazelnut and different flavors of tea.

The former barbecue joint has been decorated with various paintings, coffee mugs and other items that have been gifted from customers. Kennedy said anyone who wants to donate a mug to be displayed in the store can bring them by.

They also plan on making the shop available to host events such as birthday parties, baby showers and more.

Marina recently resigned from nursing to go “all-in” and support her husband 100% on their new journey.

Their business hours are 9 a.m to 5:30 p.m. Monday through Friday and 9 a.m. to 2 p.m. on Saturday. DMK Sweets and Coffee House is also a member of the Tug Valley Chamber of Commerce.