Get Started
You are the owner of this article.
Edit Article Add New Article
You have permission to edit this article.
Edit
Welcome, Guest
Home
News
Sports
Features
Photos
Opinion
Obituaries
Classifieds
Legals
e-Edition
1 of 6 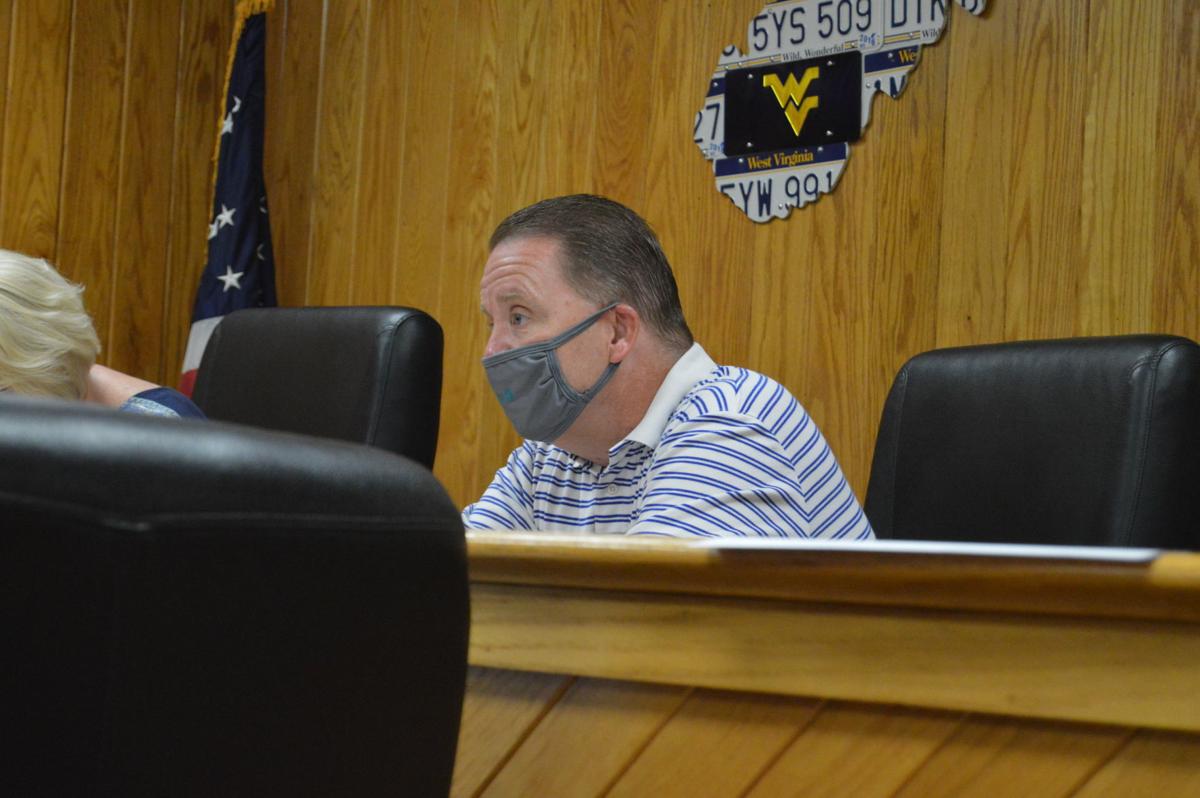 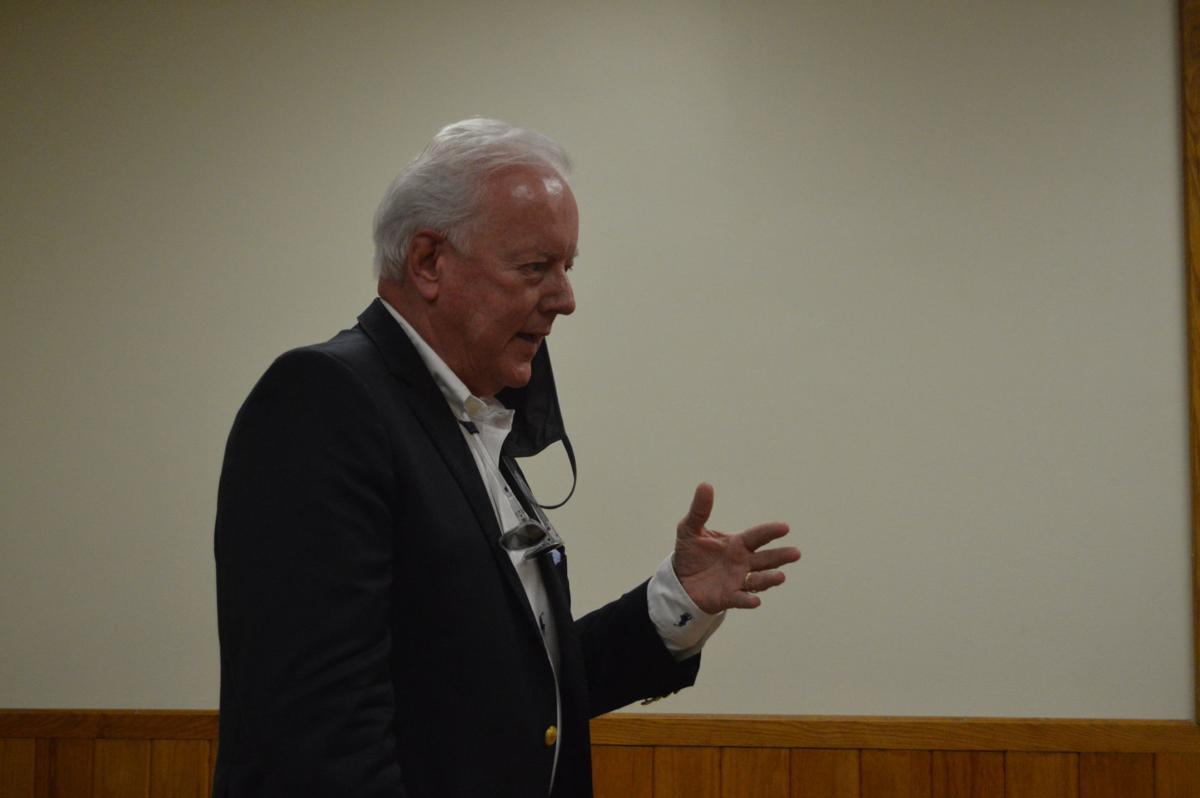 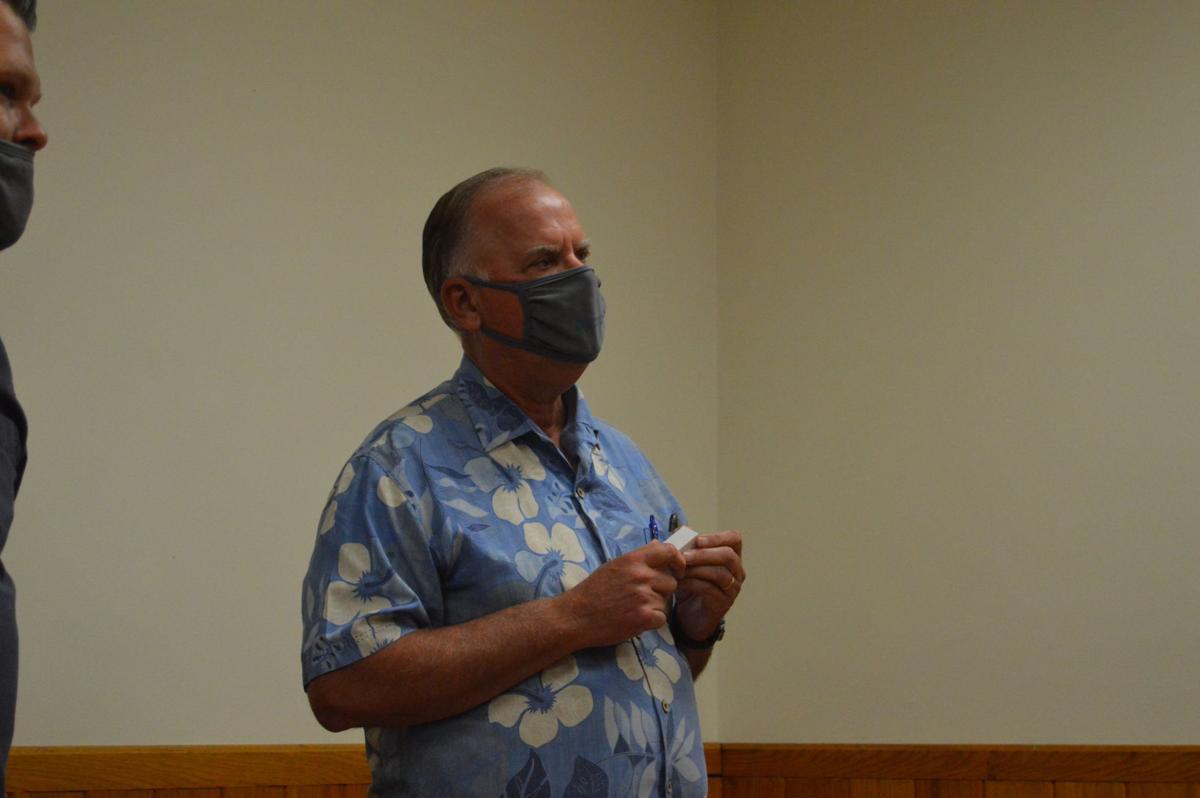 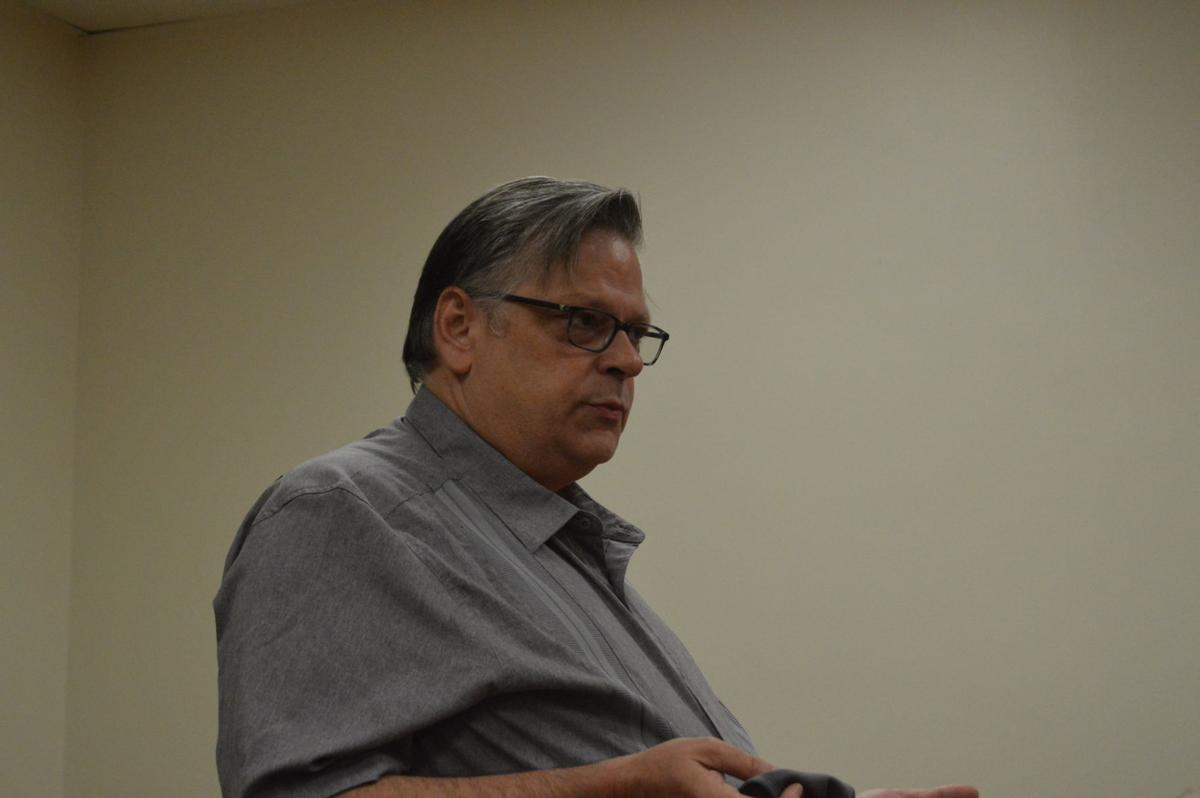 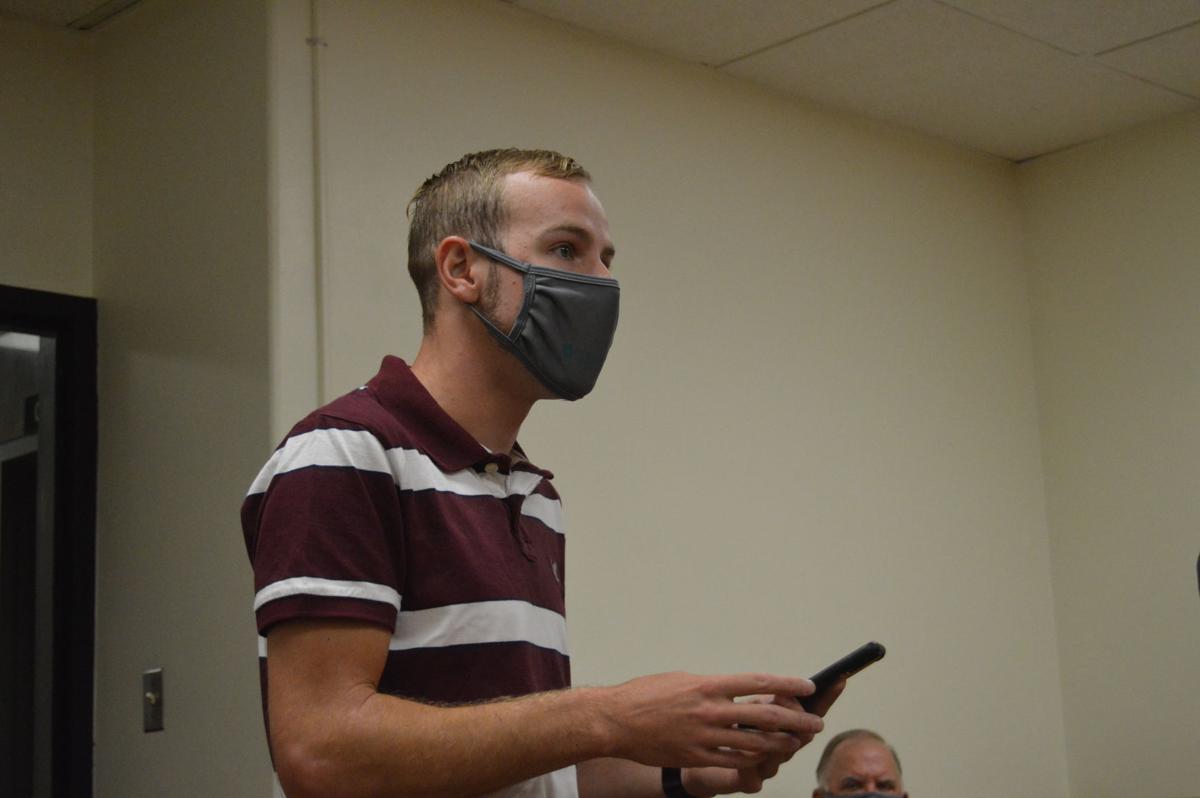 WILLIAMSON — The Mingo County Commission agreed to enter into a partnership with Williamson Parks and Recreation for two potential recreational opportunities in the West End area during a special meeting Friday.

Dean told the commission that they have engaged EL Robinson, a full-service civil engineering and planning firm, to put together a couple of professional services proposals for them to consider. Both projects also have the full blessing of the Williamson City Council members, according to Dean.

The proposals would cost $5,000 each, and Dean asked commissioners to match the $5,000 they have already raised for the RV Project using Economic Development money. Once the proposals are complete, they will see if the developments would be economically feasible and they could begin applying for grant money, raise donations from area businesses and have other fundraisers.

Dean said that since he was hired as the director last fall, he has been committed to bringing more recreational opportunities into the area not only for the locals, but for the trail riders who visit the area for the Hatfield-McCoy Trail System.

“I’m really excited about the possibility of us putting a putt-putt course on the West End. You go to Myrtle Beach, you go to Hilton Head, and anywhere there’s a putt-putt course on a busy evening you’re going to see tons of people out there,” Dean said. “We feel that we can build a state-of-the-art facility here in Williamson that will be a home-run hit that will attract people from Logan, Pikeville and other places, because there is nothing like this in the area.”

The Park Board had some proposals done in the past by Summit Engineering, which included several changes to the area where the softball field is in West Williamson, and said that EL Robinson will amend that plan to include the mini-golf course and other potential projects.

“There’s other amenities that we also plan on potentially adding, a baseball batting cage is a big need,” Dean said. “Potential new playground equipment, maybe add some parking, but we will keep the basketball courts, those are heavily utilized.”

The potential RV Park located at Fairview has been in talks since the early 2000s but has never come to fruition, and Dean said the need for full-service RV hookups in the Tug Valley area with the growth of the Hatfield-McCoy Trails is greater now more than ever.

Tug Valley Area CVB Director Wes Wilson was at the meeting and backed up Dean’s sentiment about the amount of calls he has received during his time as director.

“Since August of 2018 when these phone calls started coming in back when I was at the Coal House, I started taking a legal pad and started putting check marks. Every time someone called asking about RV hook-ups in Williamson or just in the local area I made a mark,” Wilson said. “August of 2018 to present, we’ve received 477 calls from people asking about a local RV hook-up spot.”

Wilson said as of now the closest RV hook-ups are located in Matewan or in the Varney area of Mingo County.

“I’m going to be honest with you, I’m more interested in getting something in here for the kids,” Commissioner Diann Hannah said. “If you guys want to a RV Park as a Park Board, then I think that should be done on your independent basis.”

Commissioner Greg “Hootie” Smith said that the property where the proposed RV Park would be is owned by both the county and the City of Williamson, so the commission would have to enter into a partnership to potentially allow them to use the land, after EL Robinson completed their proposal.

“This property does not generate any taxes, the Corps put that into the name of the city and the county, and they put restrictions. So an RV Park, could be the only viable use,” Smith said. “This may be a way that we can partner and turn something that is not generating any income for our area into an income-generator.”

Longtime Mingo County Commissioner and current Park Board member John Mark Hubbard approached the commission on behalf of the Park Board and said he is very passionate about what they are aiming to accomplish as a Parks and Recreation Board.

“Being a former commissioner, one of the things I always felt ... is when you spend taxpayer money, you want to know that when you are spending that money that it is done in a way that will benefit the taxpayers in which is paying that money,” Hubbard said. “With that in mind, that’s one of the reasons I wanted to speak with you today. Two things, No. 1, are we asking for help? Yes. Do we have money in the game? Yes. And one of the things we need to look at is how do we enhance our county as a whole.”

Hubbard estimated that the value of the land where they are offering to place the mini-golf course and other recreational opportunities “has to be a half a million dollar piece of property,” and they are willing to put it forward as a tangible asset not only for the people in the City of Williamson, but the county as a whole.

“There’s nothing I think that is available that can give you your bang for the dollars you are going to invest with the people’s money of Mingo County as you would with the facility here at the softball park and the community center,” Hubbard said.

Commissioner Thomas Taylor said he was ecstatic to see a board actually come before the commission looking to improve the county as many boards “are just stale in the county and do nothing.”

“We have to look at when we fund these projects that they can sustain themselves,” Taylor said. “I’m not sold on the putt-putt golf idea because I’m not so sure to spend that kind of money that it would sustain itself. We’ve got a limited season for one. How popular is it anymore? I don’t know. But I do think the RV Park would sustain itself ... when we spend economic development money, we need to be able to create jobs.”

“Commissioner Taylor makes a good point, but the idea of the economic development fund, I agree with the idea of creating jobs, but this particular project would create a reason to continue to draw people to Mingo County,” Hubbard responded. “Let’s be candid, outside of the trails, lodging facilities and restaurants there’s not much in this county for people to do, whether they live here or are visiting.

“That’s the reason we are excited about this. This is not going to be a couple of 2 x 4’s with some carpet laid down, this is going to be something that we are going to be proud of as a county and that people would come from not only Mingo, Pike and Logan, but as far as Charleston and Prestonsburg. I really believe that, because this will be something very unique that you don’t see in surrounding areas.”

Darrin McCormick, community liaison of Williamson Health and Wellness Center, pledged the full support of the WHWC for the projects.

Park Board President Dr. Steve Wilson said he has volunteered on the board for 15 years and has never seen an opportunity like this during his time in public service.

“I’ve never seen an opportunity like this,” Wilson said. “We have the facility, we have a space at the community center, and it sounds like you guys have the desire to work with us. It is an opportunity unlike any I have ever seen in my time on the board.”

Commissioner Smith, who had previously proposed a mini-golf course located near Mingo Central High School along the King Coal Highway that never gained traction, said he was ecstatic at the opportunity presented by the Park Board to provide opportunities for Mingo County residents and visitors to the county.

“I’m going to tell you, this excites me. Because this is what I believe we should do with our Economic Development money,” Smith said. “You are coming to us and asking us to be a partner. It’s different when someone comes to us and asks us to fund something, they want us to build it or they want us to put all the money up front...

“I think that this project will be very very successful. I’ve been a proponent of the miniature golf, but this excites me even more because its a package. It’s an infrastructure, it’s a destination when you enhance the basketball courts, the playground, and the community center. I think that as a package, it is very sustainable.”

Following the presentations, Smith made two separate motions for the projects.

For the mini-golf course, the commission pledged the $5,000 for the EL Robinson proposal and was unanimously approved 3-0.

For the RV Park, the commission pledged the property belonging to the county in Fairview to the Park Board, but the Commission would not yet make a financial pledge pending the proposals. That motion was also approved 3-0.

Dean thanked the commission and also thanked local businesses that donated toward the $5,000 the Park Board needed for the EL Robinson rendering of the RV Park project.

Have you canceled or postponed a regular health or dental appointment since the coronavirus pandemic began?