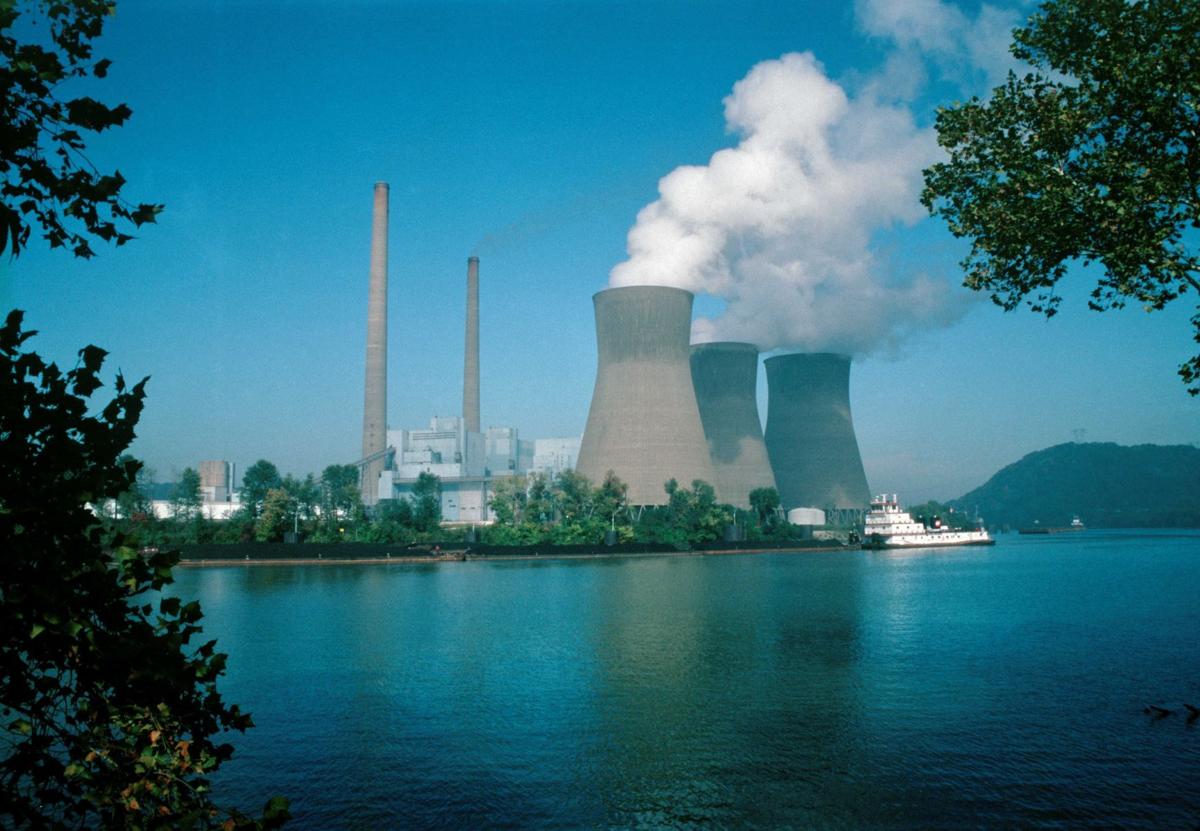 The John E. Amos coal-fired power plant on the banks of the Kanawha River was upgraded to meet new environmental regulation standards by 2015 and needs more upgrades to meet newer standards. 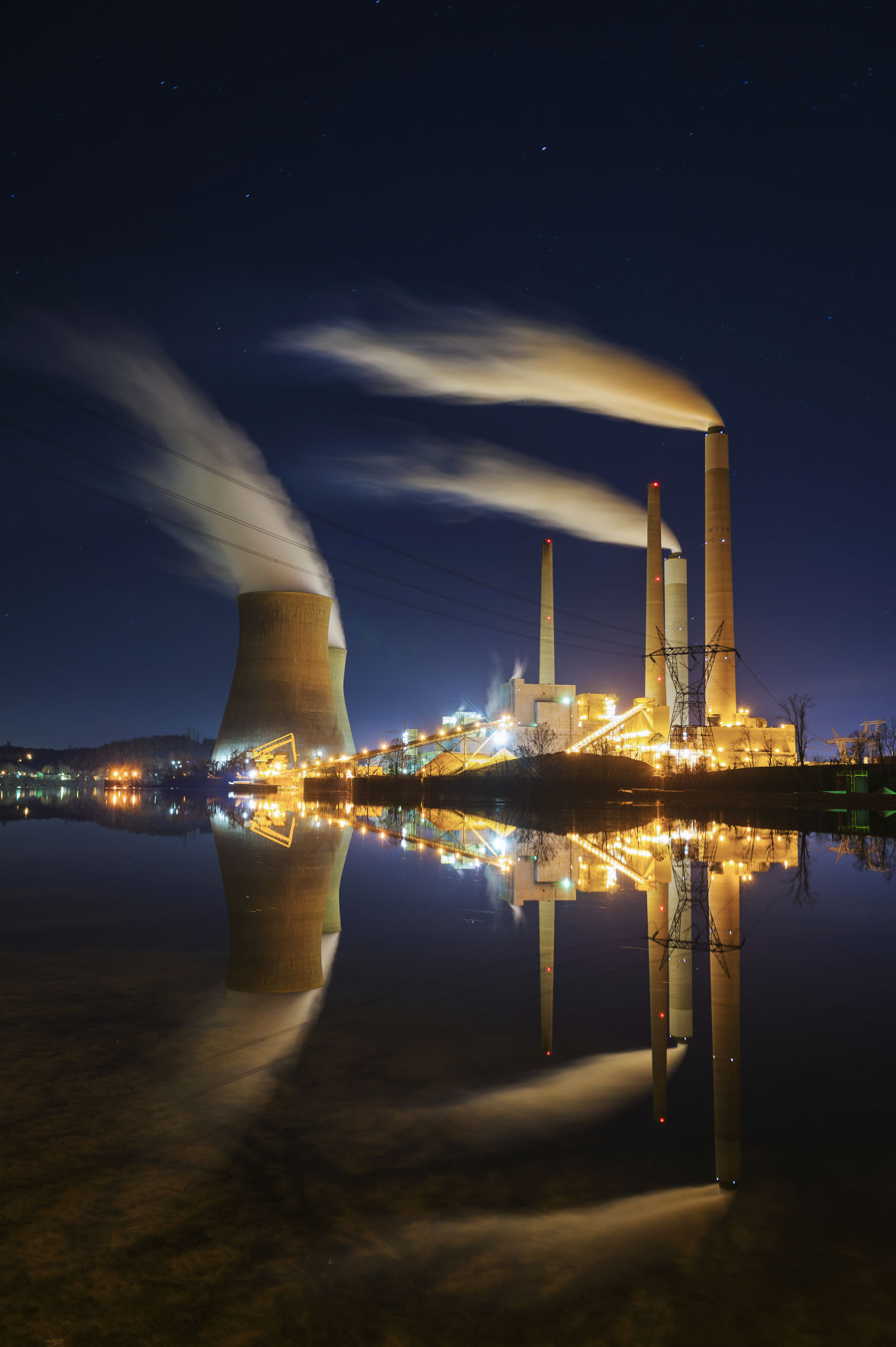 This photo taken Nov. 26, 2017, shows the John E. Amos coal-fired power plant operating on the banks of the Kanawha River. The plant was upgraded to meet new environmental regulation standards by 2015 and needs more upgrades to meet newer standards. 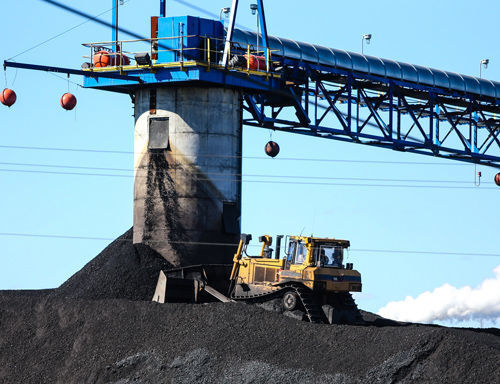 The John E. Amos coal-fired power plant on the banks of the Kanawha River was upgraded to meet new environmental regulation standards by 2015 and needs more upgrades to meet newer standards.

This photo taken Nov. 26, 2017, shows the John E. Amos coal-fired power plant operating on the banks of the Kanawha River. The plant was upgraded to meet new environmental regulation standards by 2015 and needs more upgrades to meet newer standards.

“This study clearly points out the significance of West Virginia coal to our economy and state,” said West Virginia Coal Association President Chris Hamilton. “We hope more people realize we have a special coal-based electric power system second to none. We have a very sophisticated fuel supply and electric generating infrastructure in West Virginia which is both reliable and low cost. We have among the lowest cost electric rates in our region and equally important today is the fact that our system offers superior advantages with the secured delivery of household and industrial power. Our state plants, like our modern coal mining facilities, are also state-of-the-art and represent the cleanest, most efficient coal plants in the world that provide thousands of opportunities for high-tech and highly skilled workers.”

According to the study, the mining and coal-fired power generation industries in West Virginia combined to account for 33,000 jobs, $2.8 billion in employee compensation, $611 million in state and local tax revenues and $13.9 billion in total economic activity in 2019.

Dr. John Deskins, West Virginia University Bureau for Business and Economic Research director, said the total economic impact of coal mining does not end at the mine — it goes far beyond the portal and upstream through the business economy.

“Despite production declines in recent years, coal remains a very important part of West Virginia’s economy, as illustrated in our research,” Deskins said. “Coal continues to support a sizeable share of the state’s economic output and thousands of high-paying jobs.”

The study showed coal production in West Virginia in 2008 was about 158 million tons but declined to less than 80 million tons in 2016.

It showed that West Virginia remains the second-largest coal producer in the U.S., behind only Wyoming, whose share of U.S. coal production in 2019 was around 39%.

The study predicts an uptick in 2021 and then as competition with natural gas continues, the domestic demand for coal is expected to drop again in 2023 and will gradually decline after that through 2050.

“Our entire energy portfolio should encounter moderate growth over the next couple years as we rebound from the year of the pandemic and lower power consumption across the board from all forms of power,” Hamilton said. “Recall, we literally shut down our economy for a couple months last year this time and we have not fully rebounded. West Virginia coal has always been a major supplier of seaborne coal around the globe. We possess some of the best quality of coal found anywhere in the world and it’s the highest quality coal and key ingredient for coking and steelmaking. We currently ship coal to over 39 foreign destinations where higher and diverse power demands exist along with steel and basic infrastructure build-out is occurring. The export market is likely to see short term growth internationally and continue to be a strong market for West Virginia coal well into the future and a key component for our state’s economy.”

West Virginia coal exports consistently make up a large share of U.S. coal exports — nearly one-third of the nation’s total economic export value. The study says coal exports are expected to grow slowly over the next decade and will stay relatively flat after that through 2050.

Hamilton also noted that West Virginia’s eight coal-fired power plants are among the most modern and efficient electric generators found anywhere in the world.

“Not only are these facilities responsible for a big piece of our economy, but they also continue to provide low cost, uninterrupted power to millions of consumers in West Virginians and our surrounding states,” he said. “Given the results of this study and the contribution of these plants to grid security and resiliency, and homeland security, it is inconceivable that extreme environmental groups and other organizations, similar to the Biden Administration, want to see these facilities close prematurely or transition away from the coal.“

The study estimates the John Amos Power Plant in Putnam County generated more than $242 million in secondary economic impact and an additional 668 jobs, equating to another $60.3 million in employee compensation.

Phil Moye, spokesperson for Appalachian Power, says the company plans on using its coal-fueled power plants for years to come.

“In fact, we recently announced a plan to invest $384 million into our West Virginia plants so that they will meet new Coal Combustion Residuals (CCR) and Effluent Limitation Guidelines (ELG) rules finalized in 2020,” Moye said. “We plan to upgrade the bottom ash handling systems and wastewater treatment facilities at each plant ─ Amos, Mountaineer and Mitchell ─ which would allow these plants to continue to operate through 2040. The plan does include an alternative for consideration on the Mitchell plant, which would allow it to continue operating through 2028.”

“While our economic impact summary and the WVU study differ in how data is presented, they both illustrate that retiring a plant can leave a significant economic void,” he said. “With both studies, I trust the numbers are indicative of the impact the plants have in terms of employment, income and economic activity.”

Hamilton said the recent session of the West Virginia Legislature produced some important bills. He noted that Senate Bill 542 addresses the critical importance of coal-fired power plants to West Virginia’s electric grid and economy. The legislation encourages utilities to keep plants in operation through their designed life cycle, provide advance notice to the state Public Service Commission of potential plant closures, and requires a 30-day supply of coal on site.

Hamilton said Senate Bill 718 restores and amends the Investment Tax Rebate Program that passed in 2019 to allow metallurgical coal operators to qualify for a rebate on paid severance taxes based on “qualifying investments” in existing mines or by developing new mining operations.

He said Senate Bill 677, presented by the West Virginia Board of Coal Mine Health & Safety and Office of Miners’ Health, Safety & Training, improves miners’ safety, health and training standards regarding capacitors used for power correction, electrical work performed on low, medium, or high voltage circuits or equipment, and the use of gas detecting devices.

“These critically important pieces of legislation will help the mining industry maintain employment levels while improving safety throughout our operations,” said Hamilton.

How long can coal remain king in West Virginia?

“I strongly believe the West Virginia’s coal industry will be sustained over time, but as most well know, we clearly have our hands full and must overcome the biggest challenges we have ever faced,” Hamilton said. “It seems that more and more people want to embrace the transition away from fossil energy and coal. There are a lot of misunderstandings throughout society over basic energy concepts, possibilities, and limitations of certain energy forms. If you remove fossil energy altogether, you simply cannot fill the void with renewable or alternative sources. A complete decarbonization of our economy is not realistic and cannot be achieved without major job losses and economic disruptions or disastrous consequences throughout America.”

Hamilton says the coal industry acknowledges the buildout of renewable energy forms as well as West Virginia’s vast reserves of shale gas, but he asserts that we should not be trading one energy job for another or unnecessarily shortening the life of these foundational contributors to our economy and industrial job base.

“The recent colossal failure of flawed energy systems in California and Texas will slow the rush to a zero-carbon economy and should lead to a greater appreciation of a balanced energy mix with substantial base load generation supplied only by nuclear and coal,” he said. “It is indisputable that coal-based or ‘baseload’ electricity is the necessary ingredient that ensures the uninterrupted delivery of household and industrial power. This is especially true during sustained inclement weather events.”

Hamilton believes coal remains essential for the stability and resiliency of the nation’s electric grid.

“West Virginia also has the highest quality and most diverse metallurgical coal reserves found anywhere in the world,” he added. “Although our met coal producers have a special niche in the domestic and global marketplace at the moment, they are also vulnerable if the environmental extremists have their way and fail to recognize their valuable contributions to our nations and world infrastructure and defense programs.”

“Our met producers are in extremely tough geological formations and compete in the international marketplace where there is fierce competition from foreign producers,” he said. “There are no substitutes for coking coals in the steel making process. You cannot produce steel with wind or solar.”