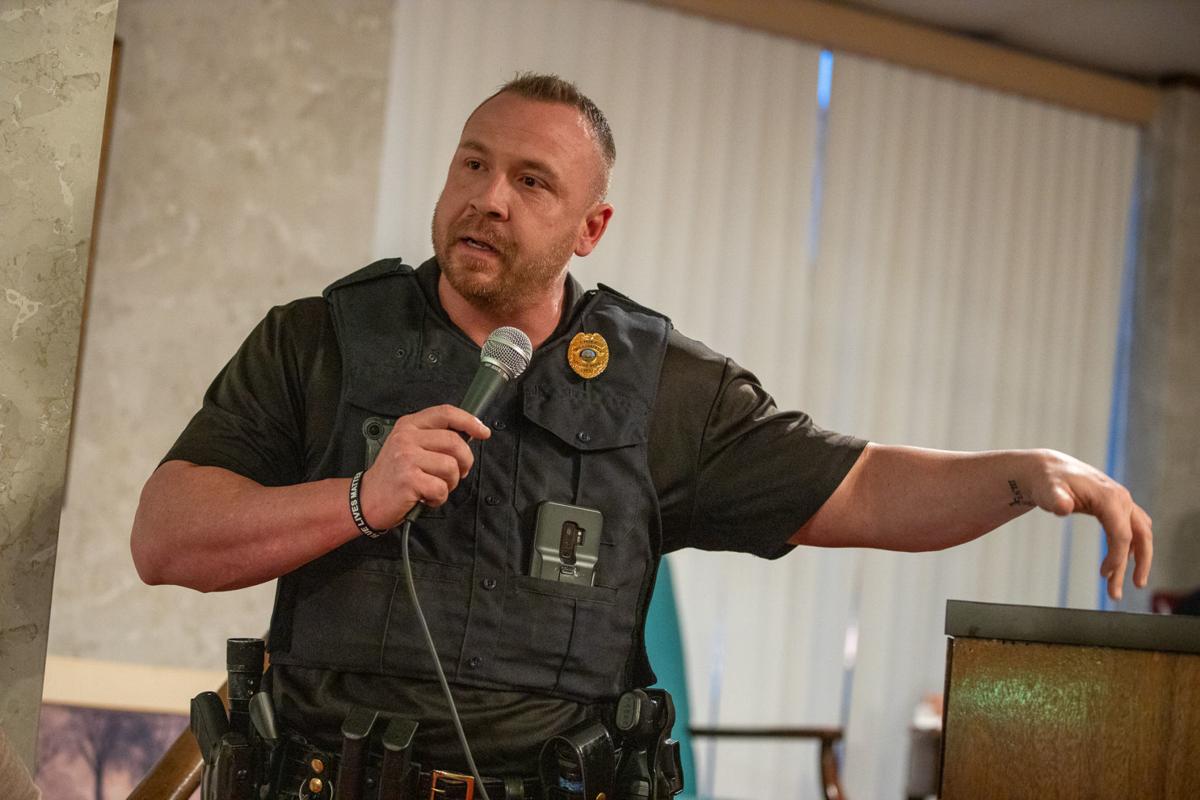 Williamson Police Chief Grady Dotson said that police calls to Serenity Point are continuous and that the facility is not operated correctly during the Williamson City Council’s regular session on Jan. 9. 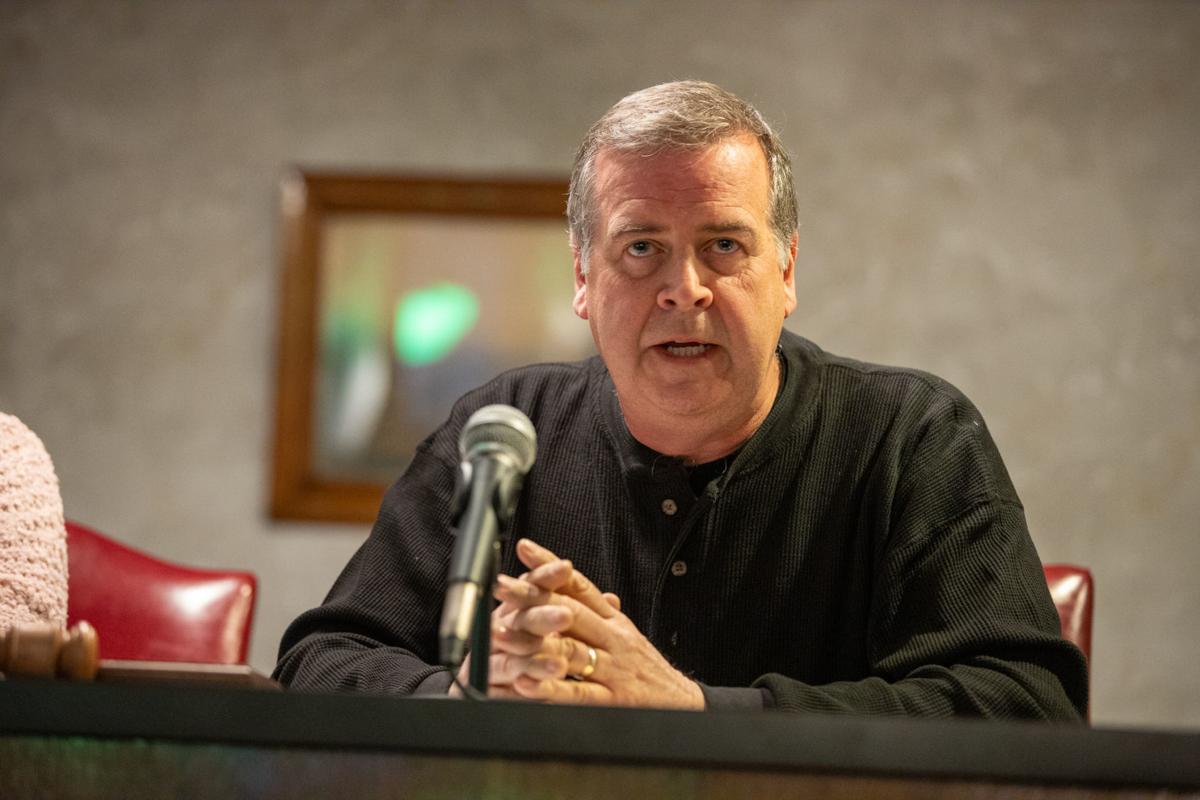 Williamson Mayor Charlie Hatfield publicly opposed the opening of Serenity Pointe before his 2017 bid for mayor. 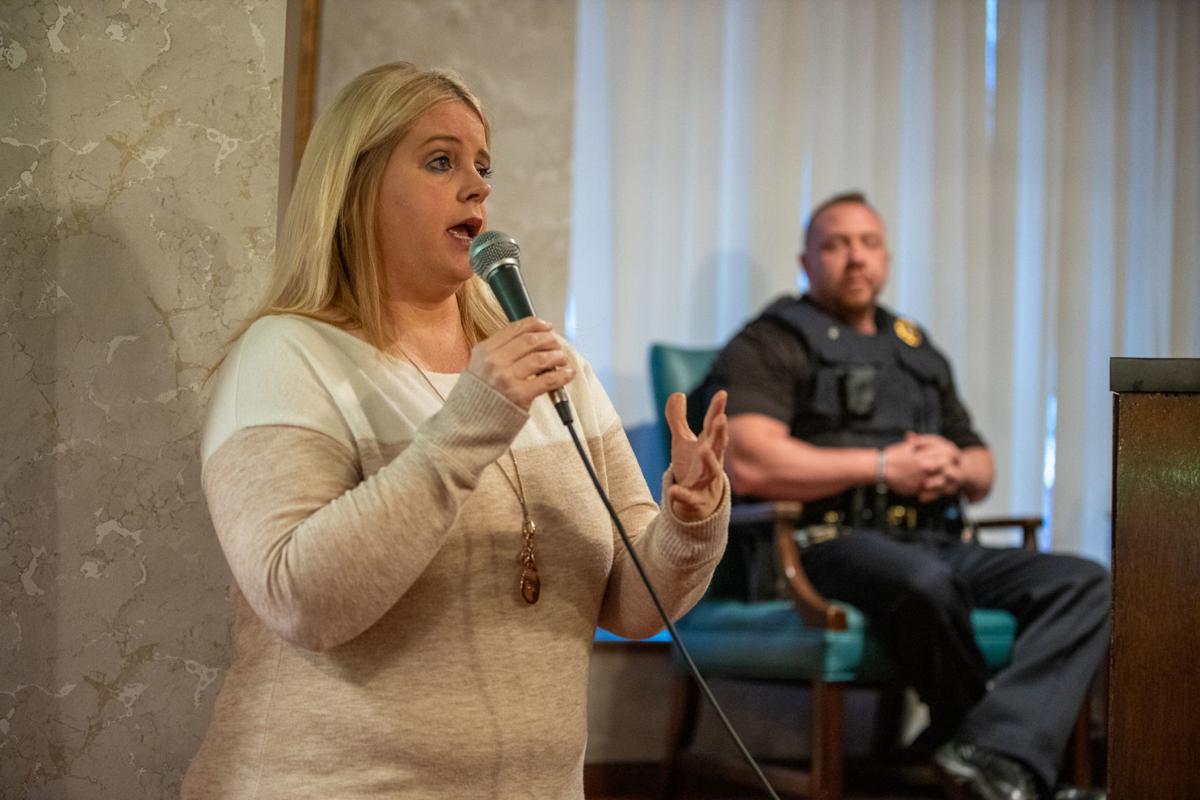 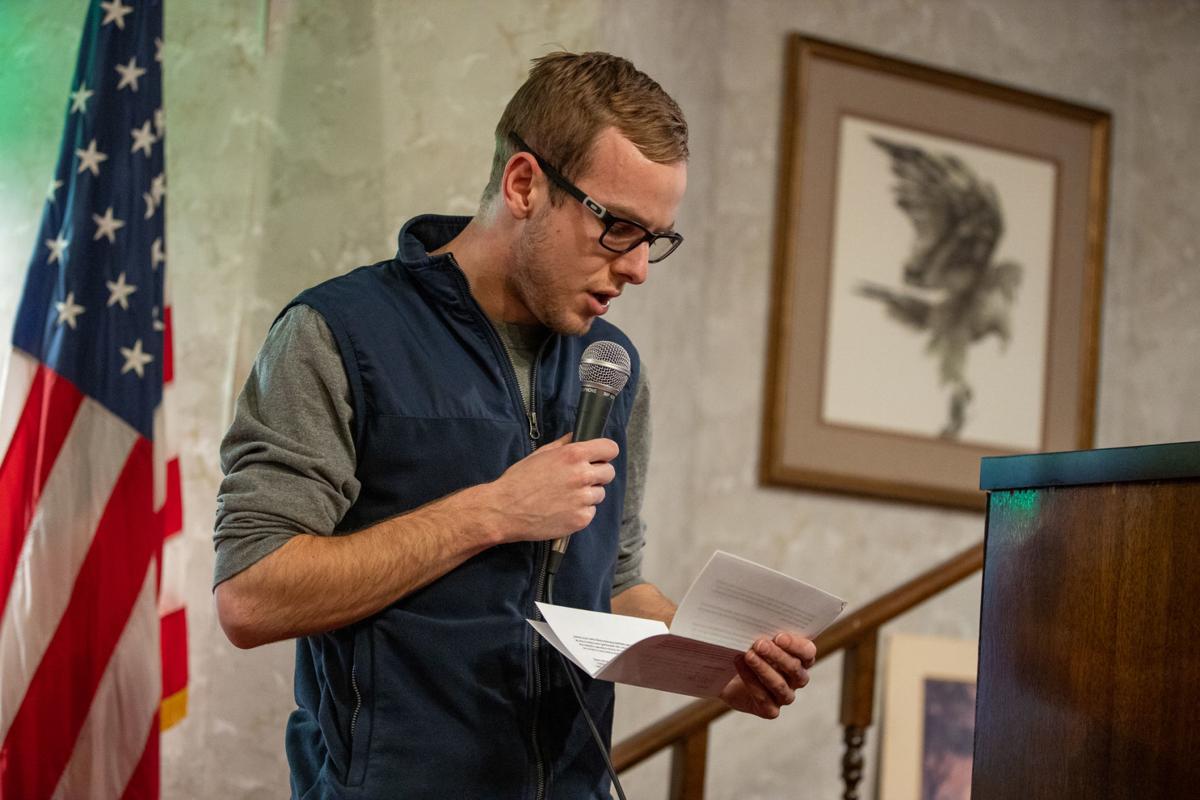 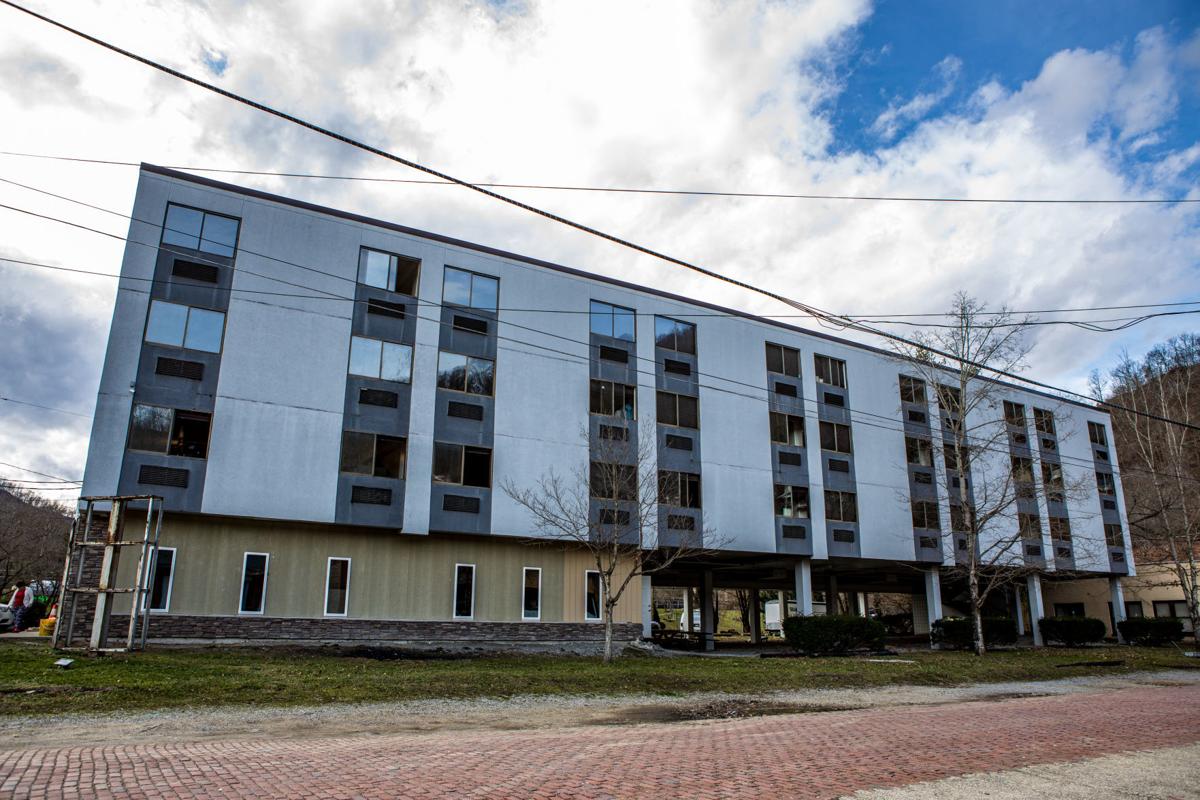 Serenity Pointe, located in the old Sycamore Inn hotel in downtown Williamson, is a 60-bed drug rehabilitation center. During the Jan. 9 regular session, the Williamson City Council heard near several calls for the facility to close.

Williamson Police Chief Grady Dotson said that police calls to Serenity Point are continuous and that the facility is not operated correctly during the Williamson City Council’s regular session on Jan. 9.

Williamson Mayor Charlie Hatfield publicly opposed the opening of Serenity Pointe before his 2017 bid for mayor.

Serenity Pointe, located in the old Sycamore Inn hotel in downtown Williamson, is a 60-bed drug rehabilitation center. During the Jan. 9 regular session, the Williamson City Council heard near several calls for the facility to close.

WILLIAMSON — At its first meeting of 2020, Williamson City Council heard several calls to close the Serenity Pointe rehab facility in downtown Williamson. In a letter to the Williamson Daily News, Belinda Harness, executive director for the Mingo County Housing Authority, is defending the facility, calling it “a sober living facility that offers individuals an opportunity to learn a new lifestyle after detox of addiction.”

Opened in April 2018, Serenity Pointe is located in the former Sycamore Inn hotel building in downtown Williamson. It is a 60-bed facility operated by the Mingo County Housing Authority to “provide residents a place to live while completing peer counseling, job training, budget and financial literacy, education and ultimately self-sufficiency,” according to previous reports in the Williamson Daily News.

Serenity Pointe was marred with several controversies before it even opened — with concerns dating back to at least 2016 when it was brought to City Council’s attention during the administration of Mayor Robert Carlton. On Feb. 9, 2017, the Williamson City Council unanimously voted to oppose the facility’s opening. On Feb. 21, 2017, the Mingo County Commission voted to pen a letter in support of it.

The center made headlines on Dec. 14, 2019, when Williamson city police patrolman Matt Tiller was injured during a fight at the facility. According to police, both suspects — James Alvin Harrison, 46, and Felix Reed, 40 — appeared intoxicated and smelled strongly of alcohol.

During the Jan. 9 city council meeting, two lifelong residents of Williamson — Wes Wilson and Tonya Webb — approached council about closing the facility. Wilson is the new executive director of the Tug Valley Area Convention and Visitors Bureau, and Webb serves as the CVB’s vice president, as well as the lead probation officer for Mingo County.

“This facility is, without a doubt, the largest black eye our city currently has,” Wilson said. “It is not conducive to our business community, our citizens or our prospective visitors in any way whatsoever. It heavily bothers me that our own police department has to regularly deal with the problems this facility carries, with the latest incident injuring one of our officers.”

“We’re in the middle of a place that used to be called ‘Pilliamson,’ but that has changed and so has the mentality,” Wilson said. “Things were getting better — that is until Serenity Pointe came to exist … I’m all for helping the folks of Mingo/Pike County who have drug addictions and challenges, but this facility and its program is not the answer. ... It’s also concerning that in every conversation I’ve had with any resident of Serenity Pointe, none are from our city or even our region. If we can’t take care of our own people, why are folks being shipped in from Ohio, Pennsylvania, Kentucky, Tennessee and Virginia seeking legitimate help? What a sad situation that is, people having false hope that they’re going to come to Williamson and ‘be fixed.’ ”

In her letter, Harness said the majority of residents are from southern West Virginia and eastern Kentucky.

Wilson said he would like to see the building turned back into a motel and implored the city to explore its options to close Serenity Pointe.

Webb described her experience with Serenity Pointe — which she said is in her capacity as probation officer, CVB volunteer, citizen and parent — as a “headache.” As a probation officer, Webb said she services several of the center’s residents, and that she is allowed to enter the facility unannounced.

She said residents have told her they have more access to drugs inside the facility than on the streets and that they’d rather go back to jail than be in Serenity Pointe. Some have said they are afraid for their lives.

Webb has been told that parties involving alcohol and other substances go on in the facility all night long. She said she fears someone is going to die if it doesn’t close or move elsewhere.

She also said numerous residents and business owners have approached her about the problem, with some of them beefing up security at their locations.

Webb said the majority of the facility’s residents are not from Williamson or Mingo County, and that when they get removed from the center for whatever reason, they end up homeless on the city’s streets. She said the residents need to be sent where they will receive proper help.

Webb said those who initially supported the center, as well as those who continue to support it, have been misled on how it operates. She also said those who operate the facility do not have the proper training in dealing with addicts and that housing men, women and children all in the same building is a “no-no.”

Councilwoman Sherri Hairston Brown said she feels the county is at fault because they voted in favor of its inception. She said she thinks that Mingo County sheriff’s deputies — not city police — should be called when an incident occurs at the facility since the city didn’t vote to approve it.

Hatfield, who publicly opposed Serenity Pointe’s opening prior to his bid for mayor, called it a “bait and switch” in which many individuals were misled. He took aim at Harness and others who wrote letters of support for the center.

“The county, state agencies, there’s a church involved, and there’s also some providers of medical programs in this city that’s involved in it, because if you write letters of support, you’re enabling it, and you’re just as responsible as they are,” Hatfield said, “and everyone knew when she (Harness) brought that in here, she misled the council, she misled the public, and it’s a mess.”

Webb said she filed a formal complaint with federal housing officials, which resulted in an angry phone call from Harness who said she’s “not going anywhere.” Harness told Webb she wants the facility closed to revert it back to a hotel for tourism purposes.

“That’s not what I’m here for,” Webb said. “That’s the least of my worries. I want those people in that facility to get the help that they deserve, but at the same time, the people that live in the city deserve to feel safe when they come out here. If I go to the gas station, I shouldn’t have to worry about locking my door if my daughter’s in there. That’s what I’m concerned about.”

In her letter, Harness said she has invited Webb to visit the facility and meet with staff and residents.

“At no time was I upset or angry,” Harness said. “To date, she has not visited the facility or met with any of the staff.”

Hatfield said the U.S. Department of Housing and Urban Development, which provides funding to Serenity Pointe as well as the West Virginia Department of Health and Human Resources, needs to be contacted. He also said those at the local level, such as the owners/lessors of the building, should be contacted, adding that constant pressure may be the only way to mitigate the issue.

City Police Chief Grady Dotson said police calls to the center are continuous and that it makes him “very angry” that the department currently has an officer down due to the Dec. 14 incident.

“I have nothing against Belinda (Harness). I don’t really know her, and I don’t know who all controls all that down there,” Dotson said. “All I know is that it is not being run correctly. I can say that firsthand myself. There’s obviously parties that are going on down there, and there shouldn’t be, this is a facility. Now, obviously, even in jail, they get drugs and contraband and stuff like that, I understand that. This is not a one-time thing. There’s no security. We were misled on the security part of it. We’ve been misled on almost everything.”

Dotson spoke about a South Carolina man who is now homeless after he relapsed in the facility and was removed. Dotson said the man’s mother is financially trying to get him back to South Carolina.

“The majority of the calls to 911 or emergency services has been for medical purposes, only when our security or staff that is on site 24 hours a day has difficulty have we ever called for assistance from the police department,” Harness said in her letter. “Several times the police have showed up due to outside facility calls only to find that no disturbances or problems was occurring at the site. As far as our residents roaming the streets and causing problems in Williamson, the facility only allows residents to leave the building during certain times of the day for work, day report or other scheduled appointments. They sign out where they are going and sign in when they return. All residents must be inside the facility by 9 p.m. unless prior approval for work or with a staff member.”

City Fire Chief Joey Carey said a few small fires at abandoned homes have been caused by former residents of Serenity Pointe who are now homeless and trying to stay warm or cooking methamphetamine. He said a list of addresses of abandoned homes in downtown Williamson circulates among the squatters and is given to those who are removed from the center.

The federal funding behind Serenity Pointe also came under fire during the meeting. Councilman Randy Price said the federal government tends to throw money at issues in hopes they will be solved, adding that programs need stricter oversight.

Harness said Serenity Pointe is hosting a testimony night at 6 p.m. Sunday, Feb. 2, that is open to the public. They are also creating a Facebook page to include events and programs at the facility as well as successes. She said anyone who would like to volunteer, become a mentor or see what the facility is about can call 304-235-0122.