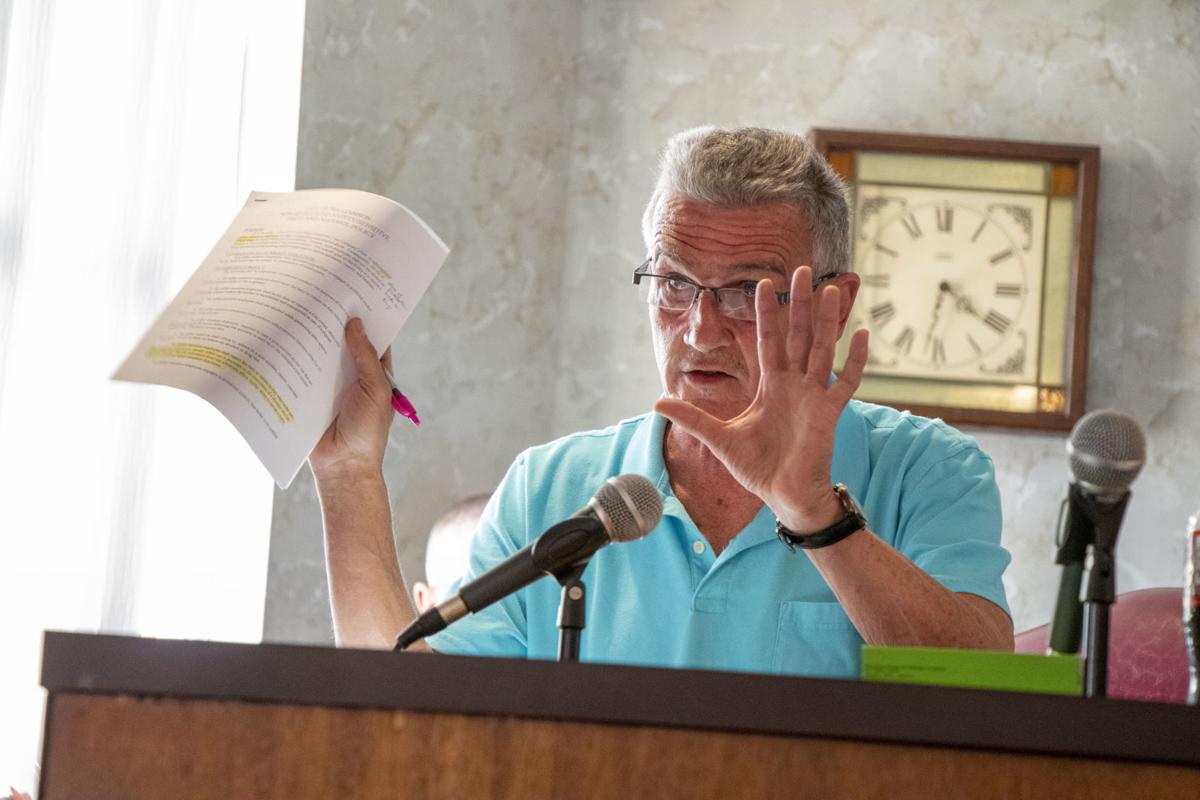 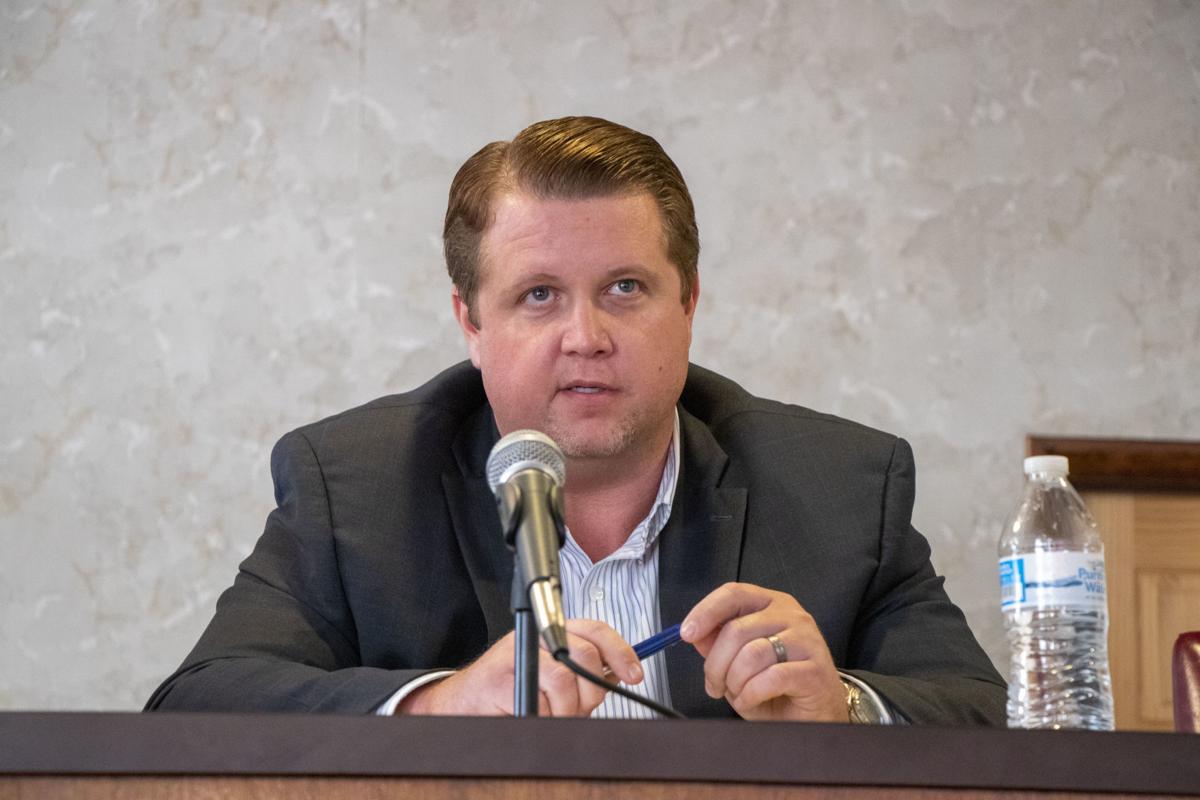 WILLIAMSON – A proposal by Williamson Mayor Charlie Hatfield to pass an ordinance requiring drug testing for elected officials caused a stir with some city council members at the regular session Thursday, Oct. 10.

According to Hatfield, the issue was visited several months ago with research by city attorney Nathan Brown, but nothing conclusive came out of it. He said elected officials should be drug tested the same as city employees.

Hatfield said he would like Brown to revisit the issue. He added that he is aware of the argument against the proposal stating that elected officials aren’t in safety positions like city employees are, but said officials being tested would set a good example.

“City employees are tested for drugs in all cases, and sometimes the management is not, and they carry guns and drive vehicles,” Hatfield said. “Sometimes here, we all drive vehicles in the course of our business for the city, and I will tell you that insurance laws are getting tougher and tougher, and I think it would behoove us to be protective, and secondly, this town still hasn’t shaken the image of the problems we’ve had with opioids and drug abuse, so I think it would set a good example if we all did that.”

Although the council agenda item was outlined as a “discussion and motion of drug testing ordinance for all city employees, appointees and elected members,” Hatfield offered to hold off making a motion until the next meeting in order for the council and attorney to have discussion.

Brown cited the 1997 United States Supreme Court case Chandler v. Miller in which the court decided in an 8-1 opinion that such drug screenings on candidates and elected officials falls under illegal search and seizure under the Fourth Amendment to the U.S. Constitution. The case was in response to a statute instituted in Georgia that required all candidates for public office to pass a drug screening 30 days before qualifying for nomination or election.

The court also decided in the case that Georgia did not provide evidence that a drug problem exists with their elected officials and that, even if there was one, they are not in safety-sensitive positions that might justify the statute.

“It’s my belief, much as a criminal defendant can sign consent for an officer to search his home, that you can sign some type of consent or agreement that you’re going to be drug screened. I believe that’s lawful,” Brown said. “But just for a person to drug screen you for the purpose of drug screening you most likely violates the Fourth Amendment to the United States Constitution, in my opinion, according to what the United States Supreme Court has said.”

Councilman Randy Price agreed with Brown and then referred to a drug testing policy already on file, which he said complies with state and federal guidelines on which safety-sensitive positions should be randomly drug tested. He then asked police chief Grady Dotson and fire chief Joey Carey when the last time their employees were randomly tested, and both said it has been over two years.

Price then presented his own research showing that the last time the city’s drug testing company – Reality Check Drug Testing, LLC, in Princeton – was in the city was June 2017, which is before the current council took office in July 2017. Price said he feels this is in violation of the city’s current ordinance as well as federal guidelines.

Price said the company hasn’t been back in two years because the city has outstanding bills with them. According to councilman Ralphie Hall, there are 15 unpaid invoices covering police and firemen no longer with the city, predating when the current council took office.

“Here’s the thing, they want to come up here and drug test the City of Williamson and everybody here, and they can’t afford to do what the federal government says and test these safety-sensitive people and, you know, they won’t pay their daggone bill,” Price said. “Now, I tell you, it’s a daggone shame they want to come up here and ask us to be complicit to violate federal law again.”

“The company he’s talking about charges over $50 to come up and do an eight-panel test,” Hatfield replied. “Pretty expensive when you can have it done at any doctor’s office here locally for less than $10, so that would make a huge difference.”

Price replied that there is more to simple, cheap drug tests for safety-sensitive positions and that the city should request to pay the bill and get the company back. He added that he believes the current policy is a good one the city should keep.

“This is just really going up the wrong tree, really,” Price said. “We need to take care of what the federal law says. ‘What? We have guidelines?’ We ain’t even doing that!”

Dotson then chimed in and noted that police and firemen are drug tested in the event of an accident regardless. Councilwoman Sherri Hairston Brown said the issue was already decided months ago.

“Who had it put on the agenda?” councilman Joe Venturino asked.

“I did,” Hatfield replied.

“Was there a specific reason it was put back on the agenda?” Venturino said.

“Yes, there was,” Hatfield said. “There’s a lot of reasons for it because the laws and the accident issues that’s happening, the liabilities that’s happening to municipalities and counties alike. This is a proactive measure for us to make sure that we represent our constituents and to the public that we care about not being involved with drug abuse and that if our employees have to do it, it’s the right thing to do that we should do the same – and that’s going around the country right now.”

“Joe and I have talked, and Sherri, and we’re getting tired of getting all this stuff approached to us and stuff that’s been turned down and deemed to be in violation of federal law,” Price replied. “We’re getting tired of people coming up here with this stuff that’s illegal trying to get us to be complicit and we want to know how we can stop it and tell them just don’t bring that crap to us no more … we turn it down and it comes right back, same stuff.”

“Just do the drug test and don’t worry about it,” Hatfield said, following a short back-and-forth with Price.