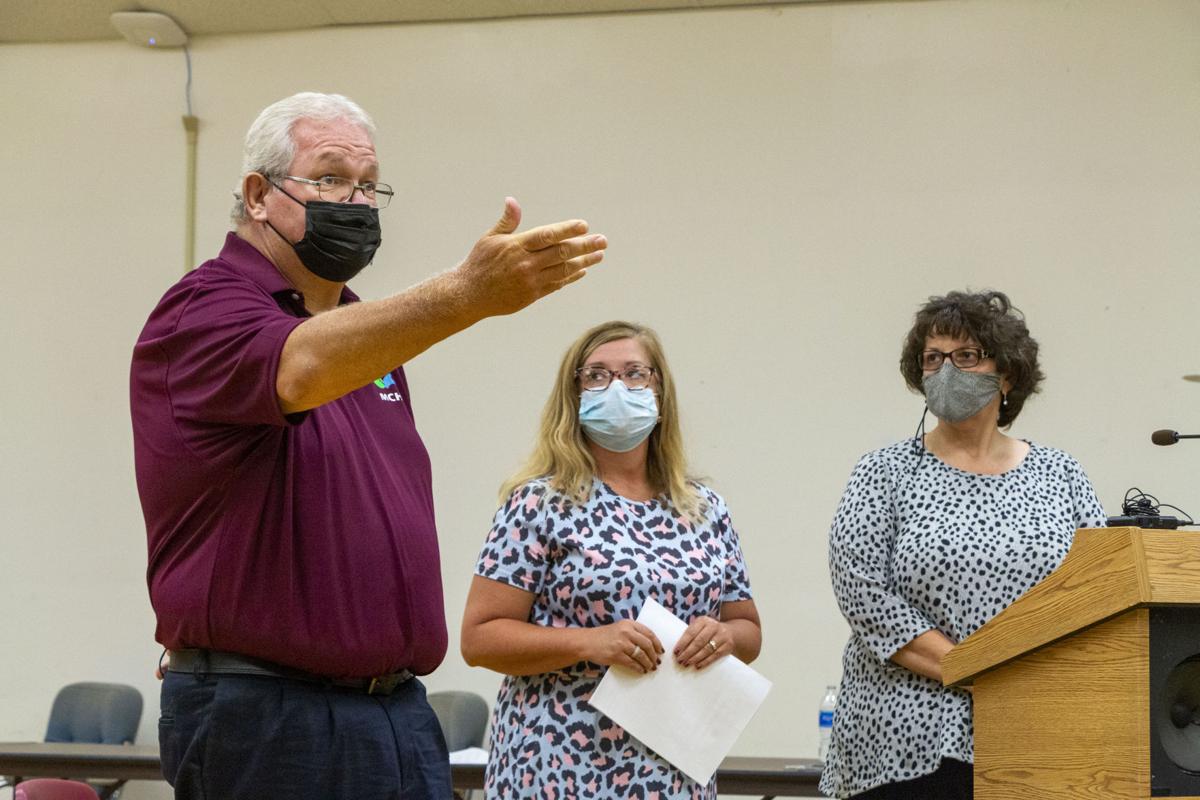 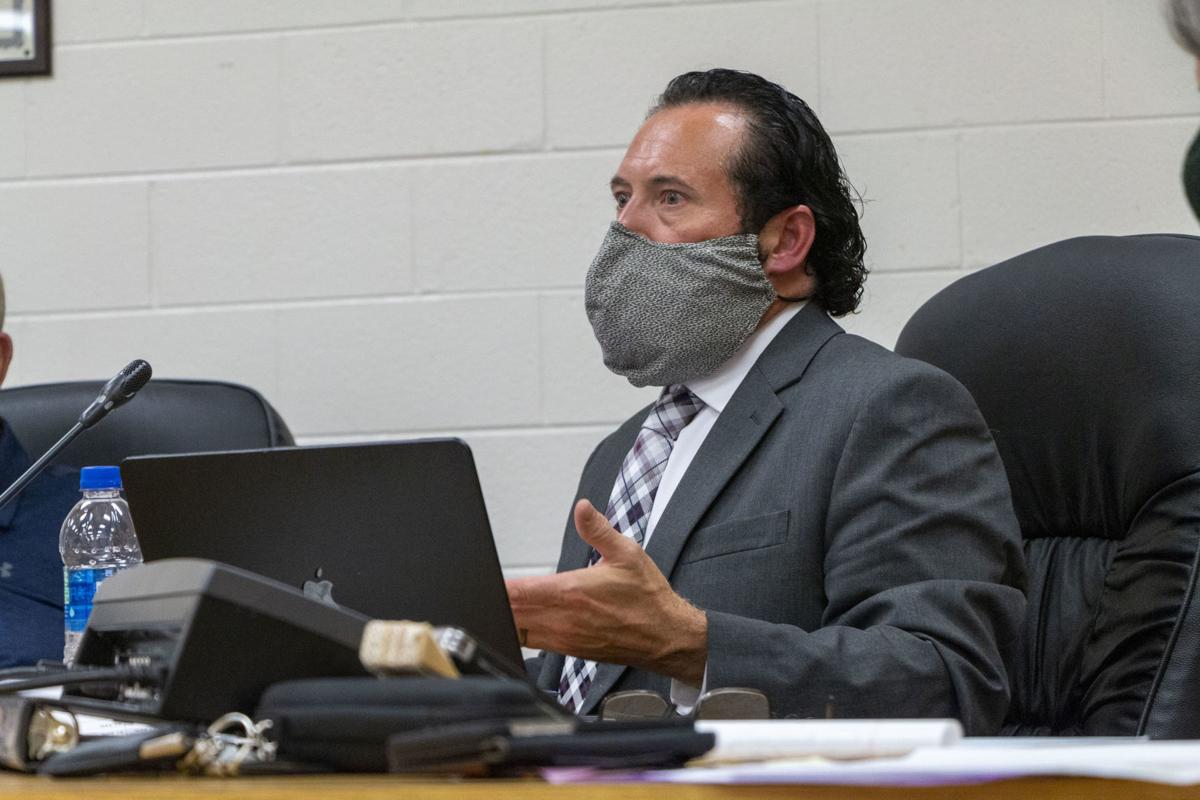 Mingo County Schools Superintendent Dr. Johnny Branch outlines his proposed universal mask policy for the county during a special emergency meeting of the Mingo County Board of Education on Monday, Sept. 13.

Mingo County Schools Superintendent Dr. Johnny Branch outlines his proposed universal mask policy for the county during a special emergency meeting of the Mingo County Board of Education on Monday, Sept. 13.

CINDERELLA — During a special emergency meeting, the Mingo County Board of Education voted to enact a universal indoor mask policy throughout the county’s facilities, reversing their earlier decision that made masks optional.

Board members made the decision Monday, Sept. 13, following a lengthy discussion with lead county school nurse Tonya Hagy and Mingo County Health Department Administrator Keith Blankenship. The two offered some of the latest data regarding the spread of COVID-19 in both the school system and county overall.

The decision also falls in line with most other county school districts around the state that have enacted such policies following new guidance from the West Virginia Department of Education earlier this month regarding quarantine policy. Under the new guidance, students attending schools with a universal mask policy in place do not have to quarantine if they were exposed to COVID-19 while a mask was being worn.

Before the meeting took place, Superintendent Dr. Johnny Branch noted that Mingo County was one of only four school districts in the state still without a universal mask policy. Board member Sabrina Grace criticized state officials, including Gov. Jim Justice, for not acting on the policy themselves, but releasing guidance that she said basically pressures counties into enacting it themselves.

Justice nor the WVDE have enacted a statewide policy on face coverings. The decision remains local, but Justice has strongly recommended county officials to act, going so far as to name the then four remaining counties, including Mingo, in one of his televised conferences.

Since school began in Mingo County on Sept. 7, Hagy said upward of 250 students had been quarantined in just less than a week. Branch and Hagy specifically noted Mingo Central High School, which had to shift to remote learning for at least two days while contact tracing could be conducted.

Hagy and Blankenship said that a mask policy would have significantly reduced the amount of students in the county who had to be quarantined.

Blankenship said the current spike in COVID-19 cases throughout both the state and Mingo County is not expected to reach its peak until at least Sept. 25 or later. He recommended the school district implement a universal indoor mask policy until the numbers begin to steadily decline.

“I’m in full support of a full mask policy because I think it’s what would help protect the children the best,” Blankenship said. “It’s the best mitigation we can do right now at this moment in time, so that would be my stance. We haven’t seen this thing peak yet. We’re probably looking at another few weeks — I heard today maybe around the 25th of September or toward the end of September. I support a policy, I never support a mandate. It’s a policy for the sole purpose of helping protect the children and if they have a medical issue. I’m sure there could be an exemption, so that would be my stance.”

Blankenship added that he is not in favor of closing school buildings like last year.

After a long discussion, Branch recommended board members implement a universal mask policy that is contingent on whether Mingo County is red, orange or gold on the West Virginia Department of Health and Human Resources county alert map. Branch said he spoke with Logan County Schools Superintendent Patricia Lucas and developed a masking policy that is closely related to theirs, which was enacted a few days before on Sept. 9.

As of 10 a.m. Monday, Mingo County was red on the WVDHHR map. The county has remained that color on the map for a few weeks.

As of Sunday, Sept. 19, Mingo County has 450 active cases of COVID-19, according to the WVDHHR. The daily percent positivity rate is 9.05%. Overall, there have been 2,635 cumulative cases recorded and 55 deaths.

Over the past seven days in Mingo County, 40% of confirmed cases are at least 25 years old or younger.