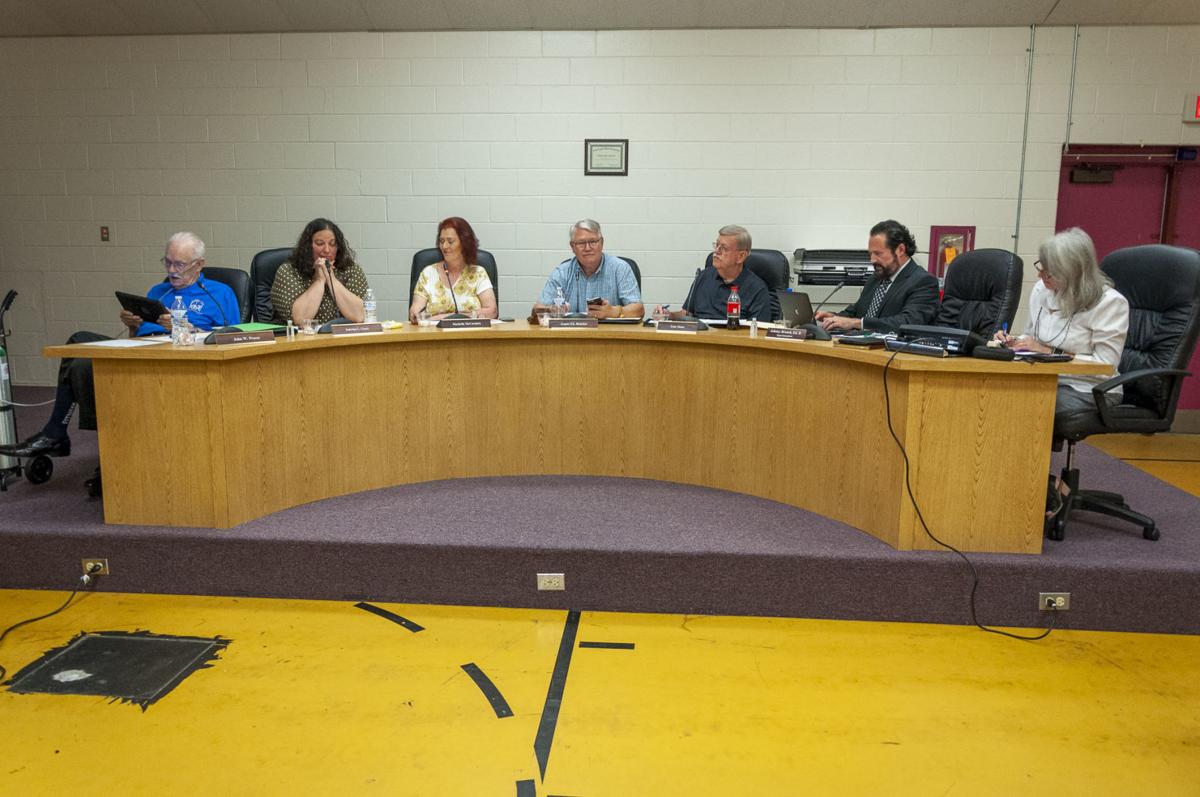 The Mingo County Board of Education meets in special session Thursday, July 8. 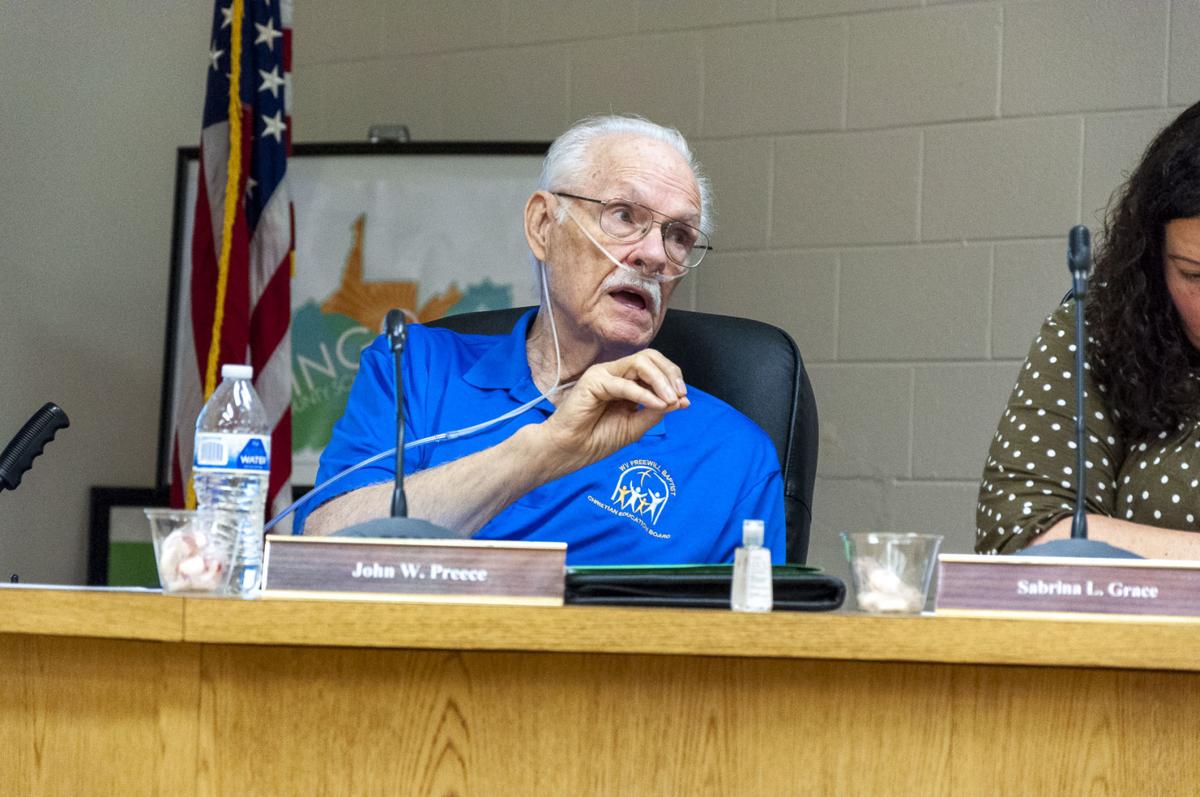 Board member John Preece discusses his goals for the next school year during a special session of the Mingo County Board of Education on Thursday, July 8.

The Mingo County Board of Education meets in special session Thursday, July 8.

Board member John Preece discusses his goals for the next school year during a special session of the Mingo County Board of Education on Thursday, July 8.

CINDERELLA — During a special session Thursday, members of the Mingo County Board of Education briefly discussed their goals for the next school year before deciding to punt the issue to their next regular monthly meeting.

Following an hour-long executive session regarding several names from the personnel action items that were pulled for further discussion, board members discussed several other issues on the agenda, one of which was board member goals for the next year. Board member John Preece, who brought the issue up at length during the board’s regular meeting in May, outlined numerous goals.

Dr. Johnny Branch, in his first official meeting as superintendent, condensed or edited some of Preece’s goals, or did not include them if they were already being accomplished. Preece’s goals for the upcoming year included:

After discussing Preece’s goals at length, board president James Ed Baisden said he already has all of the goals from each board member and can forward them to Branch for review. With the meeting already at least an hour and a half by that point, Baisden and other board members decided to have the remainder of the goals sent to Branch and have the topic put on the agenda again for their next meeting Tuesday, July 27.

In other news from the meeting, board members approved a policy update regarding volunteers, bringing Mingo County Schools up to date with state code.

Board members also approved a contract with Ashlock Consulting to prepare phonics materials and resources that will be used with the county’s newly adopted English/Language Arts texts.

Branch said the virtual option will still be offered through Mingo County Schools, noting that if the local school system takes that option away, then virtual will still be offered through a state system instead, meaning students will cease to be considered students in the county’s system. Citing data already received, Branch added that the county will have fewer virtually enrolled students this year than last year.

Grace also inquired whether bonuses could be awarded to employees for the past school year, citing counties in neighboring states that have done so. Branch said that bonuses must be given in exchange for specific work and not simply arbitrarily given under West Virginia state law.

Branch also noted that the money the district is set to receive from the federal American Rescue Plan, as well as the money it received from last year’s CARES Act, must be spent carefully in accordance with the guidelines they are given.

“I mean, you just think when you see a million dollars and loaded trucks and guns and fishing licenses and hotel stays that we can do a bonus,” Grace said, citing Gov. Jim Justice’s COVID-19 vaccination lottery. “It’s money from the same government coming that’s giving all these, you know, ‘Do it for BabyDog,’ so you know, it lends itself to why can other states do it when we can’t?”