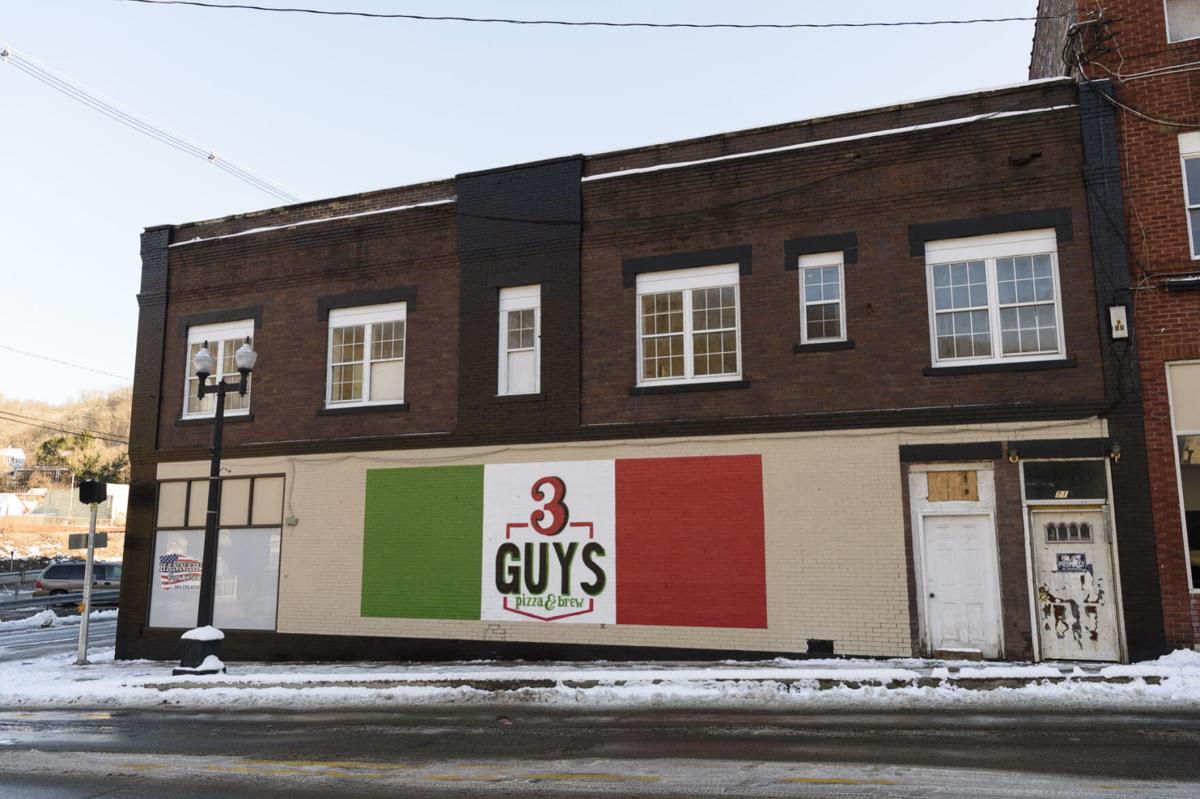 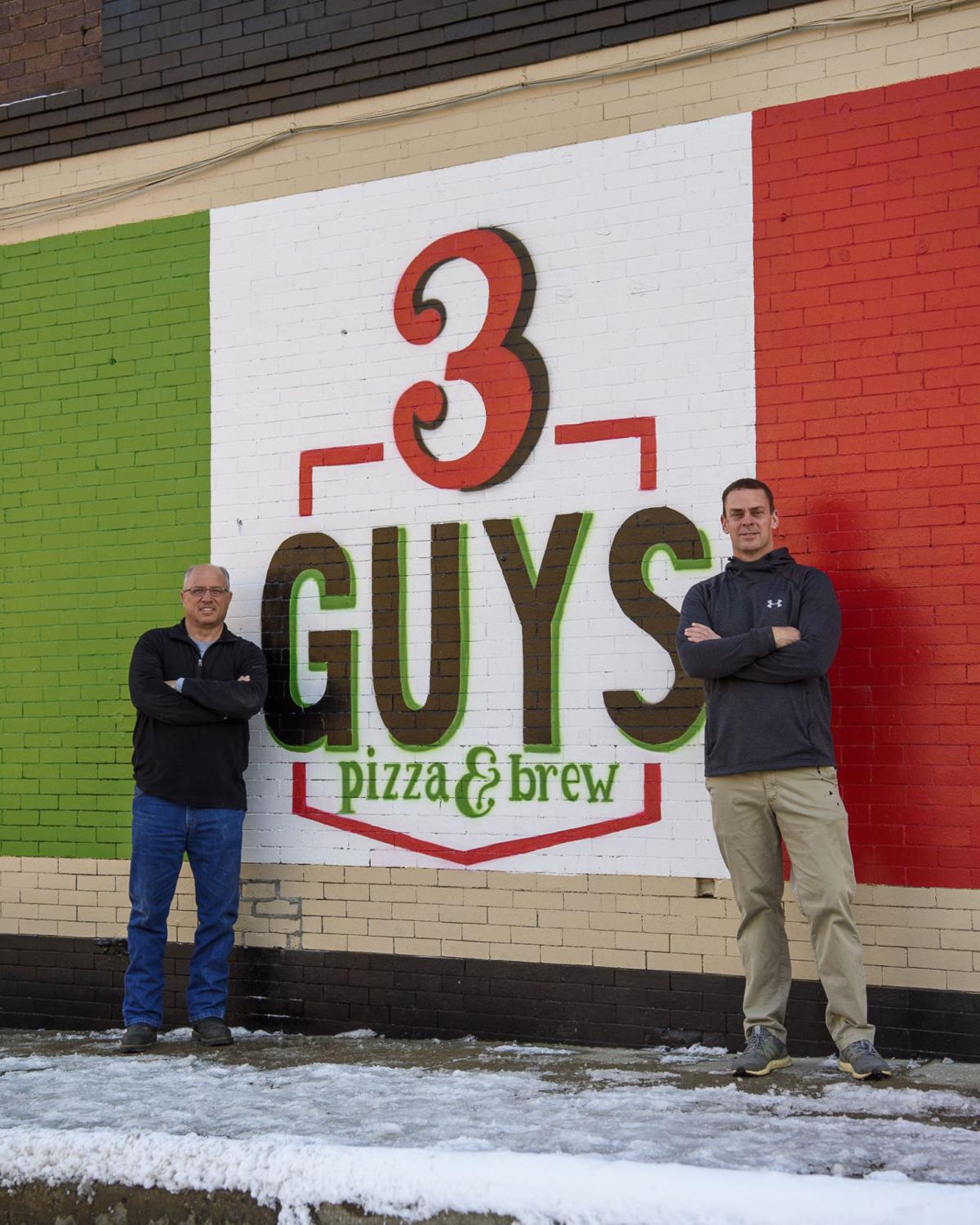 3 Guys Pizza & Brew co-owners Jarrod Fletcher, left, and Tim McNamee pose for a photo by their business mural on Saturday, Jan. 8. Co-owner Larry New was unavailable at the time this photo was taken. 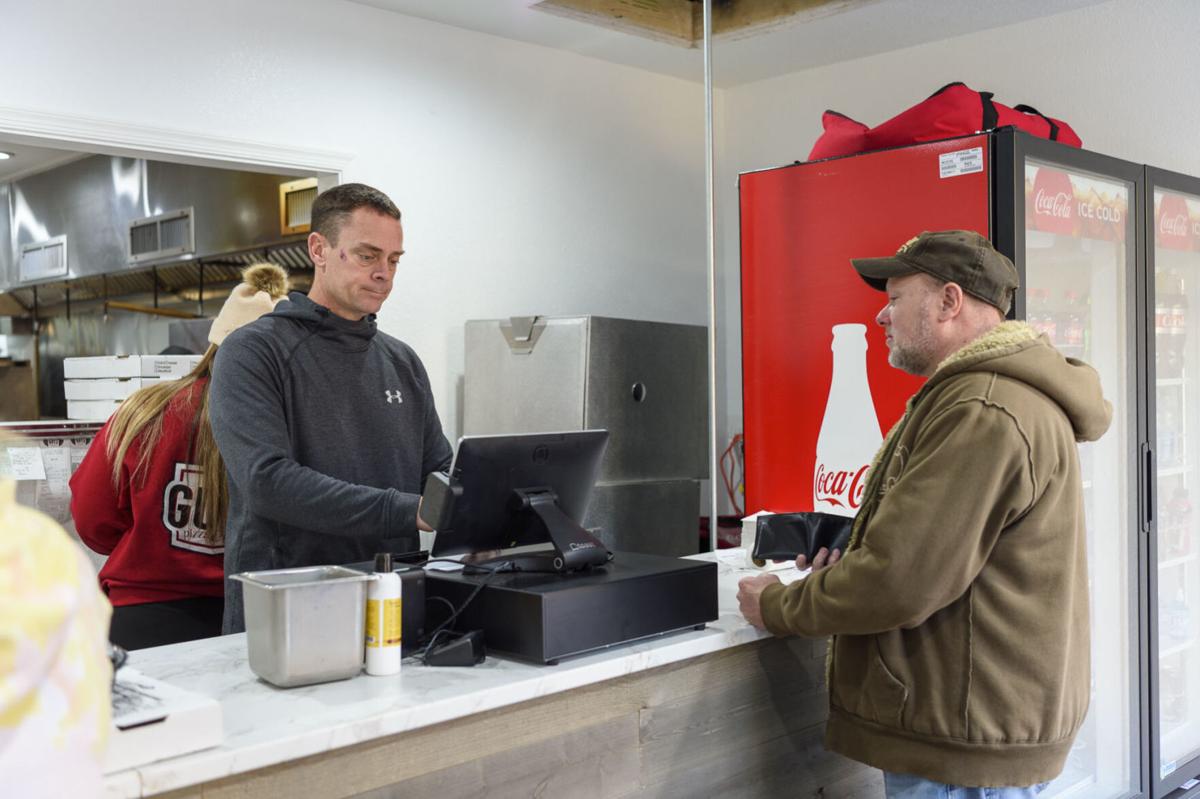 3 Guys Pizza & Brew co-owners Jarrod Fletcher, left, and Tim McNamee pose for a photo by their business mural on Saturday, Jan. 8. Co-owner Larry New was unavailable at the time this photo was taken.

Since Dec. 21, 3 Guys Pizza & Brew has been serving up a menu that includes several different kinds of pizzas, sandwiches, appetizers, salads and more.

The space next door, which is 110 East 3rd Ave., is in the process of being renovated for a dining area, and the owners say they hope to have it finished by mid-February or March.

Additionally, the brew part of the restaurant’s name will come at some point following the opening of the dining area.

“Everything is fresh sauce, fresh dough, everything is made here on the spot,” McNamee said. “The ‘Brew’ part will not come until later. It’s still under construction. We’re remodeling, renovating the building beside us.”

The three are new to the restaurant business and purchased the building in March 2021. The building is the former location of such businesses like The Record Shop and Pizza Time.

When asked what the inspiration behind opening 3 Guys was, McNamee said it was a community need, especially with the ever-increasing tourism industry.

“There’s a couple little restaurants,” McNamee said. “We’ve got a lot of tourism coming to town, so if we have more opportunities for them to eat, hopefully they’ll stay, more people will stay here in town, gather here in town, you know. There’s good restaurants here in Williamson, but there’s definitely a need for another one.”

McNamee said the restaurant’s menu will be expanded once certain equipment that’s been on backorder becomes available.

For more information or to order online, visit www.3guyspizzabrew.com. The restaurant has a Facebook page at www.facebook.com/3guyspizzabrew.

3 Guys is typically open from 11 a.m.-9 p.m. on weekdays and from noon-9:30 p.m. on weekends, although the owners note that they have experimented with different times to get a sense of what works best.

“The first week, it was until we ran out of dough,” McNamee quipped.