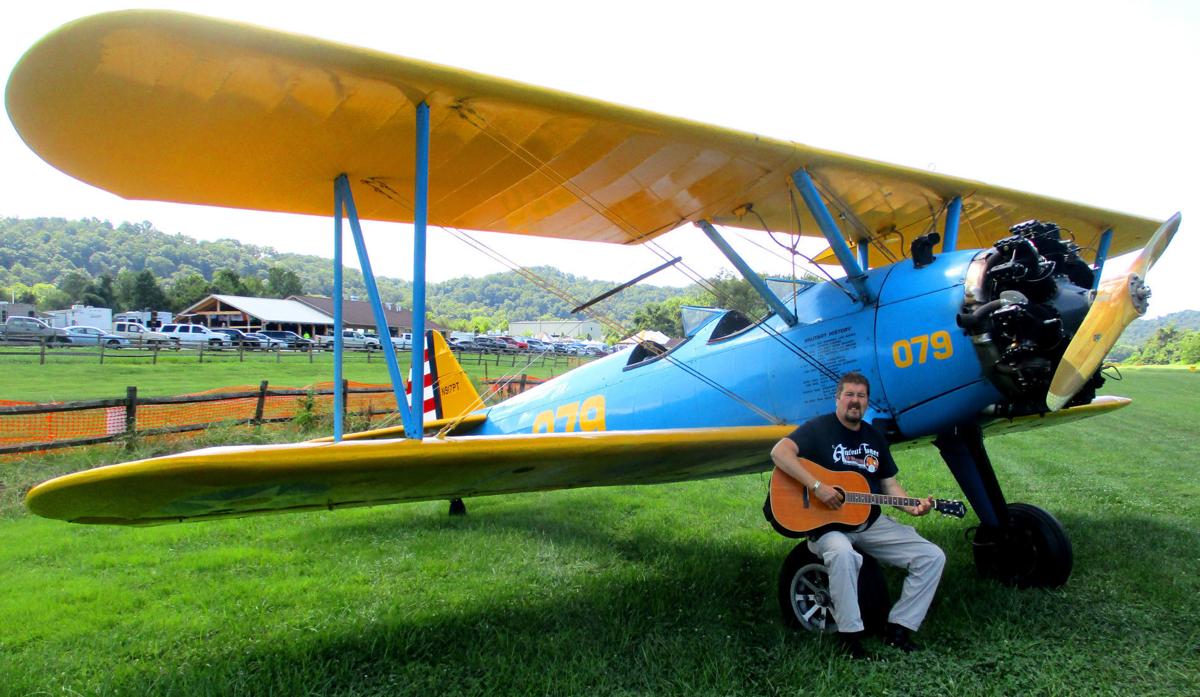 Musician Robert Gabb poses with a biplane at Robert Newlon Airpark near Huntington. 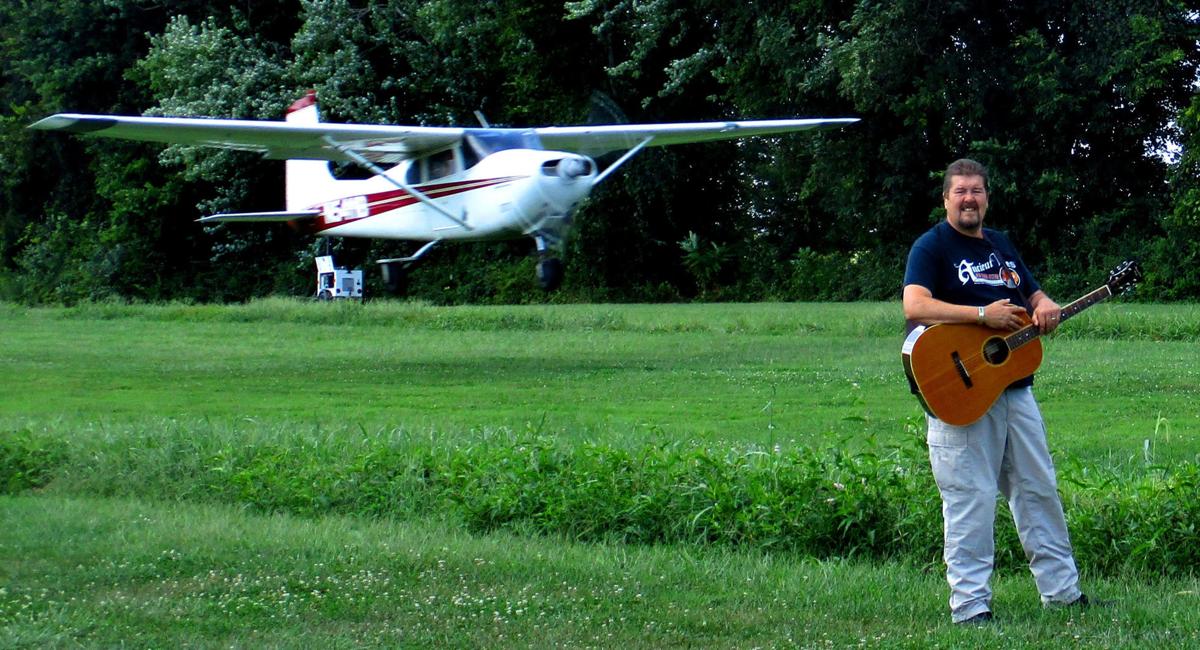 Musician Robert Gabb stands with a biplane at Robert Newlon Airpark near Huntington.

Musician Robert Gabb poses with a biplane at Robert Newlon Airpark near Huntington.

Musician Robert Gabb stands with a biplane at Robert Newlon Airpark near Huntington.

HUNTINGTON — This coming new year will be a big one for the Fly In Festival, which happens every August at Robert Newlon Airpark, located 5 miles from downtown Huntington.

The 2020 version of the Fly In Festival will mark the fifth year for the event, which is still growing with added attractions and national award-winning bands.

Until now, the Fly In Festival has featured lineups of bluegrass and old-time bands hosted by the legendary West Virginia group The Bing Brothers featuring Jake Krack. On top of that, the event has become the host festival for the prestigious Robin Kessinger West Virginia Flatpick Guitar Championship. The winner of the contest has his or her entrance fee paid to the National Flatpicking Guitar Championship held every year in Winfield, Kansas. Kessinger, himself a two-time winner of the National Flatpicking Guitar Championship, will also hold an instructional workshop at the festival.

Now, there has been a new competition added to the Fly In Festival. Beginning in 2020, the get-together will host the Clark Kessinger Memorial Fiddle Contest. The competition honors Mountain State fiddler Clark Kessinger. Kessinger, who was one of the most influential old-time fiddlers in the history of the genre, lived from 1896 to 1975.

The lineup of the 2020 Fly In Festival has been announced and will once again feature the best of bluegrass and old-time mountain music. The dates of the festival have been set for Aug. 27-29.

The big news for the 2020 event is that fiddler Michael Cleveland and his band Flamekeeper have been added to the Fly In Festival bill. Cleveland has won the International Bluegrass Music Association (IBMA) Fiddle Player of the Year award a record-setting 12 times, including in 2019. His band Flamekeeper has won the IBMA Instrumental Group of the Year award five times, including in 2019. All of that adds up to a headlining band that will be coming to the Fly In Festival hot as a firecracker.

There is also big news for the Fly In Festival coming Jan. 1. On that date, this annual Huntington event will be featured in the cover article of Bluegrass Unlimited magazine’s yearly Festival Issue. Bluegrass Unlimited is the 50-plus-year-old “Bible of the Bluegrass Genre.” After the first of the year, you will be able to read the cover article on the Fly In Festival at bluegrassmusic.com. The rest of this print magazine can be found at bookstores, magazine stands and by subscription. More information can be found at the website.

(Full disclosure — the author of the Bluegrass Unlimited article on the Fly In Festival also wrote this article for The Herald-Dispatch.)

Tickets for the 2020 Fly In Festival will go on sale Feb. 1. There will be plenty of space for primitive camping available, and food and drink will be sold onsite at the air-conditioned Fly In Cafe.

Stay tuned to the festival website as the summer of 2020 comes along for information on entering the Robin Kessinger West Virginia Flatpick Guitar Championship and the Clark Kessinger Memorial Fiddle Contest. More information about the festival can be found at www.facebook.com/FlyInFestival/.