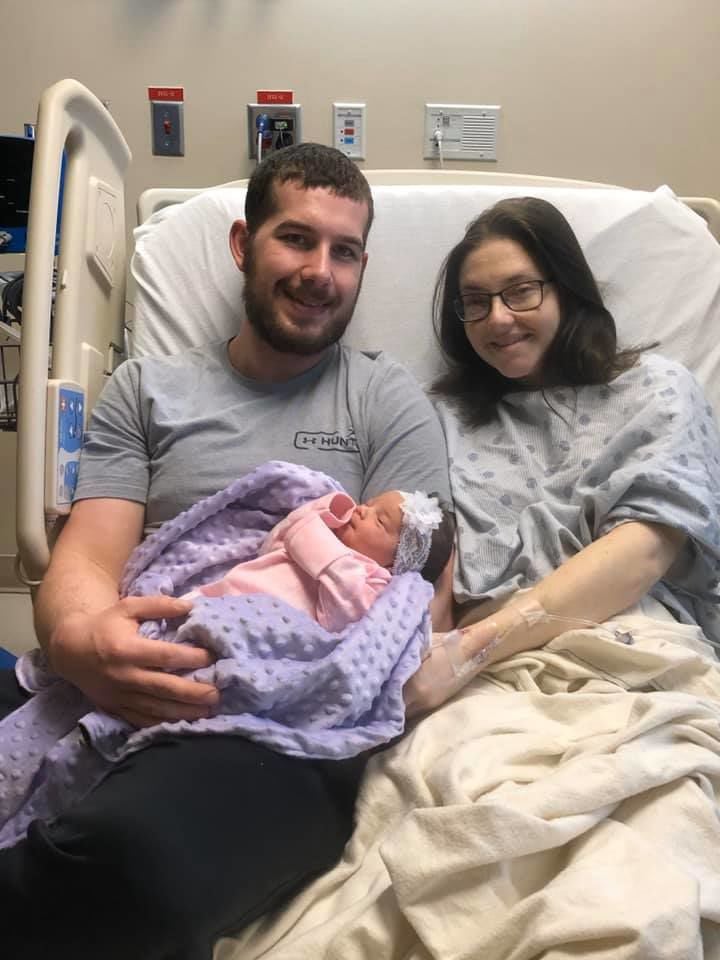 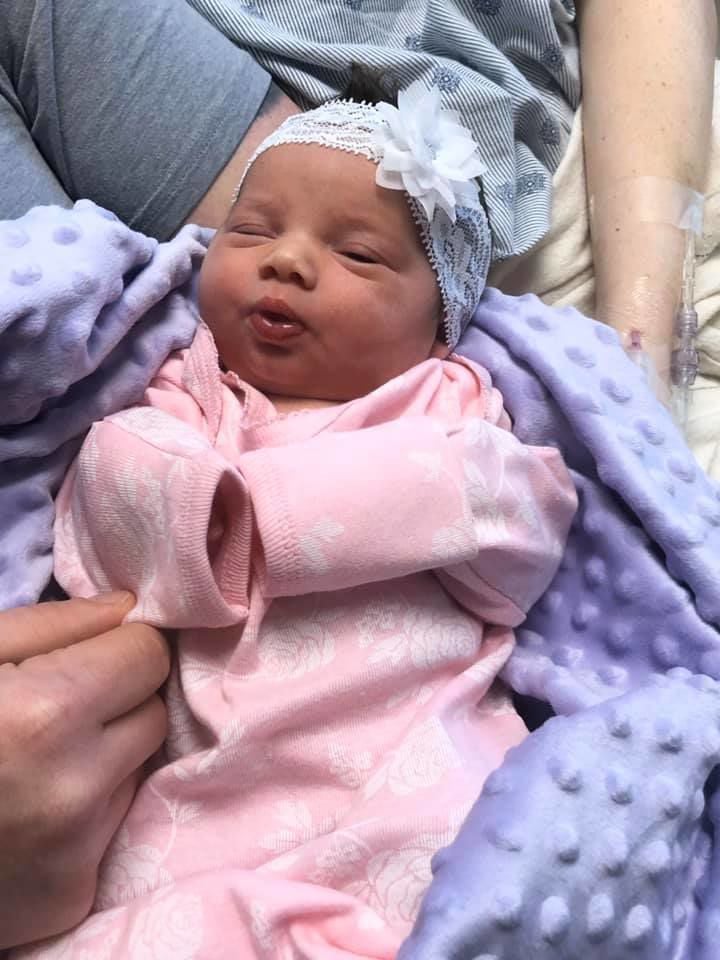 Weighing 7 pounds and 10 ounces and measuring 20 inches long, Nocha Sue Varney was born to Sydney Smith and William Varney of Delbarton. Nocha is the couple’s third child and their first girl.

“We thought she would be before New Year’s,” William Varney told Mountain Top Media. “We thought she’d be around Christmas. It’ll be something for her to look back at. She’ll probably really like it.”

During the interview with MTM, Sydney Smith quipped that Nocha’s oldest brother is excited, but that the middle brother is “a little jealous.”

Nocha was selected as the New Year’s Baby for WXCC, a Williamson-based radio station, and because of that, the family received gifts from Double Kwik, Mike Ferrell Ford, Quality Foods, Williamson Pharmacy and Golden Corral.

Nocha also received a jumpstart on her education with a $1,000 scholarship to the University of Pikeville.

“I think it’s a really great thing that they’re looking out for the future of children,” William Varney said.